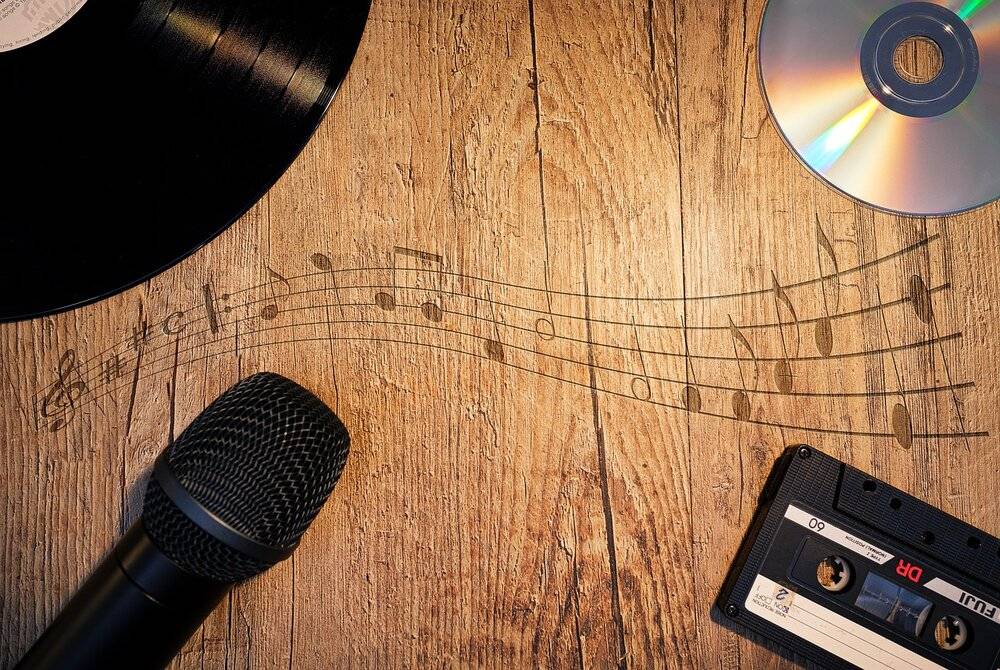 The Feasibility Of Releasing Physical Music

Everyone is streaming music these days. In a pretty short time, consuming music through digital portals such as Spotify, Apple Music, Tidal, and others has become the norm. In fact, streaming started accounting for the majority of music revenues generated globally as of 2016, and has continued its upward trend since.

By contrast, physical formats – with the exception of vinyl – have seen less and less buy-in from the public. The CD, in particular, has fallen from a high of over 13 billion dollars in revenue back in 2000 to under $50 million in the most recent report. All this in the face of the streaming storm which has swept up the music industry while receiving praise for reviving revenues.

Based on the evidence given above, it would seem crazy to even consider releasing physical music. After all, the vast majority of artists have embraced streaming, even those who once held out. In addition, there are a number of pros to releasing music digitally rather than physically. Let’s talk about a few of the benefits.

Traditionally, distributing a new album meant paying a factory to press individual CDs or LPs and print the artwork on the case/acket. After that, you have to pay distributors to get your music out to the public, and then there is the cost of marketing and promotion. Depending on how many physical copies you are ordering, it could cost you a pretty penny before you have even sold one copy of your album. Of course, if you have the backing of a record label, you probably won’t have to worry about these costs upfront. But most labels are not willing to pay for physical distribution nowadays, unless you happen to be one of very few big-name artists who still sells CDs (think Taylor Swift, Adele or Ed Sheeran).

On the other hand, releasing music online is possible for everyone, including unattached, independent artists, because the cost is low. After recording your songs, you will probably only pay a fee to an online distributor or aggregator (to help get your music on popular playlists, for example), instead of paying to distribute each copy of your song or album. Even if you pay to design artwork, you won’t have to pay to print it. Furthermore, digital copies of your music only need to be hosted on a secure website and can be streamed/downloaded indefinitely.

- Quicker and simpler process to release and sell music

Back in the day, planning the release of a physical album required a lot of time and effort. From having to work back and forth with manufacturers, designers, and distributors, the entire process could take several months before you are able to launch and start selling your music.

Selling music digitally, however, takes far less time and hassle, once the music has been recorded and is ready to be released. It literally takes less than an hour to upload an entire album online (minutes if you have a robust computer system and fast internet connection). Every step can be completed in just a few clicks and it is pretty much set it and forget it.

- You can sell your music for less

In the past, music fans often complained about the price of CDs, especially considering that sometimes some of the tracks were considered to just be fillers and not necessarily as good as the lead off tracks. Much of the associated costs, as mentioned, are related to creating the physical components and then having to produce numerous copies.

With offering music online, much of the logistical and development costs are eliminated, so it is possible to sell your music for far less than you would need to if distributing physical copies. Cheaper costs per song/album means listeners feel less pressured to pay for your music, whether that means downloading a track to their devices or paying a subscription fee on a streaming service.

The state of physical music

Despite declining sales every year, CDs are still being sold. In 2020, for example, CDs brought in $483 million in recorded music revenues, according to figures released by the Recording Industry Association of America (RIAA). However, this amount signified a 23% drop in sales when compared to the previous year.

Renewed interest in vinyl records over the past decade or so has seen the once obsolete format make a roaring comeback. In fact, the RIAA music industry report for 2020 showed that revenue from vinyl sales surpassed those of CDs for the first time in 34 years. The format jumped by almost 30% to record revenues of $626 million. Despite its fairytale streak, however, vinyl sales only accounted for about 5% of total recorded music revenues for the year.

- What of the cassette?

Even the cassette has seen some interest from music collectors in recent times. Last year, the format saw a doubling of units sold compared to 2019. This was partly due to A-listers such as Lady Gaga, 5SOS, and Dua Lipa releasing albums on cassettes. Music analysts are tentative about likening a cassette comeback to the vinyl revolution

The overall picture for physical music

Vinyl and cassette sales might be on the ascendancy, but that does not mean physical is making a comeback on a whole. Streaming still increased in 2020, accounting for 83% of recorded music revenues. At the same time, physical music sales went down by 0.5%, continuing a trend that began in the early 2000s.

Furthermore, research shows that vinyl and cassette purchases are mainly being made by GenZ-ers between the ages 18 – 24, looking for alternatives to digital music, as well as to look cool (posting pics of their cassettes on Instagram, for instance). Older folks over 50 are also getting in on the act due to the appeal of owning music, which they are used to, along with the nostalgia feeling that comes with the music formats that defined their youth. In other words, these physical formats are generally ignored by most people in the middle.

If your music is geared towards freshmen and recent college graduates, or people heading towards retirement, you may consider releasing a physical CD, vinyl or cassette. But it’s more than just having the audience, it’s also developing the requisite relationship.

What does that mean? Looking at the musical landscape, people are consuming and discovering music mostly as a result or side effect of other online experiences. For example, many songs blew up on streaming platforms in recent times after being featured in viral Tik Toks, challenges, games, and other activities.

In a similar manner, getting good feedback to releasing physical music requires developing an experiential atmosphere around your music. If you go on a tour, for example, you could look into having CDs, vinyl records, or cassettes on hand for fans to buy as commemorative pieces or souvenirs. But such campaigns should probably accompany the digital release of your music. Done right, they could help to increase your online streams and downloads. These all require initial investment of funds you may or may not have, so you really have to weigh the pros and cons to determine if releasing physical music is worth it.

So, back to the question: should you release physical music? Well, it depends on your fan base, the type of career you have, and your long term music goals.