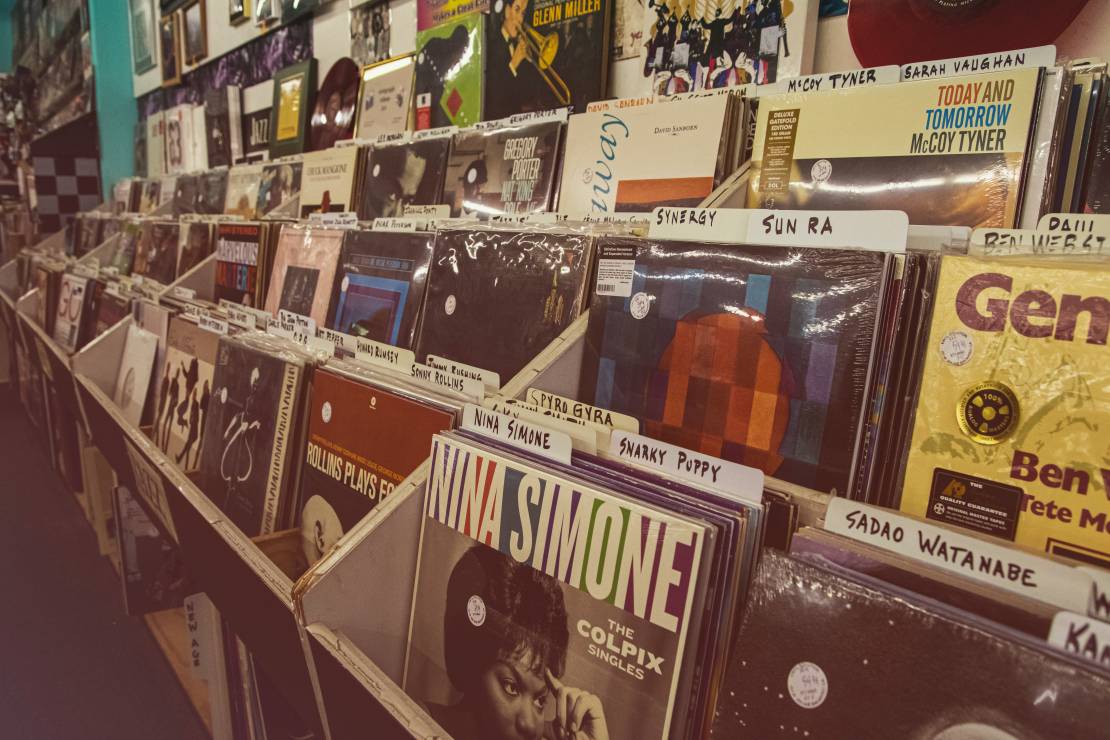 Thomas Edison copied the work of a Frenchman named Edouard Leon Scott in 1878. Scott had developed a system in which a vibrating pen visually depicted sounds on a small paper disc. In 1857, the Frenchman invented this tool while working as a manuscript editor and typographer for a Parisian scientific publisher. "Phonautograph" was the name for the gadget in question.

On April 9, 1860, Scott recorded the first ever voice recording that has survived to the present day. In the hands of Edison, this idea became a functional device for playing back audio recordings. The machine used a stylus to incise sonic grooves into tin foil cylinders and discs.

The Gramophone, the first record player to use vinyl, was patented by American inventor Emile Berliner in the 1920s. This gadget was turned by hand at 70RPM and played a 7-inch rubber vulcanite disc with tiny lateral grooves carved into its exterior.

Before the Red Seal Line was launched by the Victor Talking Machine Company in 1901, vinyl records underwent several iterations of format and design. This gadget could play 78 RPM records that were 10 inches in diameter. In terms of sound quality, the 78 RPM format was the best for the next 47 years.

In 1948, Goldmark presented the first Long Play Record to the world. This record was 12 inches in diameter, held for around 21 minutes on each side, and spun at 33 1/3 revolutions per minute (RPM). Since then, the music industry has shifted to focus on albums, and that's the model that's stuck. A short time later, RCA Victor released its own LP, which also played at 45 RPM but was only 7 inches in diameter. Present-day record formats are identical to those described below; the latter is enjoying a resurgence in popularity.

It wasn't until the early '60s that cassette and CD production got underway, dealing a major blow to vinyl's popularity. In 1962, Philips released the first cassette, which quickly became a formidable competitor to vinyl. Consumers embraced the new technology since cassettes could be played on the go, rewound, fast-forwarded, paused, played, and stopped at the push of a button, and had superior sound quality.

As many as 85 companies had sold over 2.4 million tape players by 1968. Yearly revenue of about $150,000,000 was generated by the cassette tape market. People could take their favorite tunes on the road for the first time by recording them onto cassettes using their turntables.

The Compact Disc (CD) was developed by Phillips in 1974; by 1988, it had supplanted vinyl. Between 1988 and 1991, vinyl sales fell steadily, with only collectors and audiophiles staying true to the format. Discs made of vinyl were phased out once digital audio and video files (mp3s and mp4s) became the standard for music storage.

Records made on vinyl have made a stunning resurgence in the Western world. With 2021 representing the 16th year of growth for vinyl, it is clear that the medium has been revitalized since the late 2010s. Noting this shift, some independent companies continued to press vinyl records even after the mainstream industry abandoned the format. Vinyl's comeback was guaranteed once major record companies started getting on board. To keep up with the surging demand, record pressing facilities dedicated to producing vinyl keep springing up, with some even reviving Soviet-era equipment.

Importance Of Vinyl in the Prehistoric Music Industry

The earliest human speech recordings are preserved in their original form exclusively on vinyl records. When Goldmark released the first LP record, it was a revolutionary step forward in the recording industry, allowing listeners to take in longer musical works. Many people's musical tastes shifted as a result. The introduction of the record album marked a major development in the history of the music industry and the consumer.

Paying attention to a record on a turntable will reward you with uncompressed music that sounds exactly as the creator intended. The music files are not compressed; therefore, there is no loss of tone quality, as there is with today's streamed music. The warm tones that vinyl records can create are another reason they are so popular. Recordings on vinyl are preferred because they sound more like a live performance than digital versions.

Importance Of Vinyl in Modern-Day Music

These days, we can listen to virtually any song by any artist from the comfort of our homes or on the go with our mobile devices, thanks to the prevalence of online streaming services. Still, many audiophiles insist that nothing beats the sound of a vinyl record. Vinyl records continue to be popular for those seeking the purest audio quality. In the opinion of many music fans, the best quality of music is the music that was recorded before it was digitized because until recently (the last two decades), musicians primarily used analog tapes to record their songs.

Compared to its eventual counterpart, the Compact Disc, a key technical advantage of vinyl records is that they can be played for decades, if not centuries, with proper care and storage. Record collectors favor the Vinyls record format because of its convenient packaging and long lifespan; these records also act as an investment for die-hard music fans.

According to MRC Data, over 41.7 million LPs were purchased in the United States in 2017. This number provides some context for the enduring appeal of vinyl records in the modern era. Several million recordings are sold yearly on online markets like Amazon and eBay. The vinyl record format continues to thrive, with new albums being released regularly by established and up-and-coming artists.

Seventy-one percent of vinyl purchasers said that having physical copies of their favorite albums strengthened their respect for their loved artists. Even though the COVID pandemic severely hindered the capacity of many artists to record and tour, an estimated 1.5 million vinyl fans reported buying even more, to help artists make up for the loss.

When one music format helps listeners find another, and when listeners have additional options for how they can show their support, the entire ecosystem benefits. It has also been shown that streaming is a major driving force behind buying vinyl records. About a quarter of vinyl customers claim they were inspired to buy a record after listening to it online.

The introduction of record albums on vinyl profoundly affected the music business. Many music fans, even with all the new options for producing and distributing music, still prefer listening to albums on vinyl. Vinyl records have a reputation for having the best sound quality and providing the most enjoyable listening experience since they faithfully reproduce what the artist initially envisioned as the record's sonic signature. No other recording medium has stood the test of time, quite like vinyl.