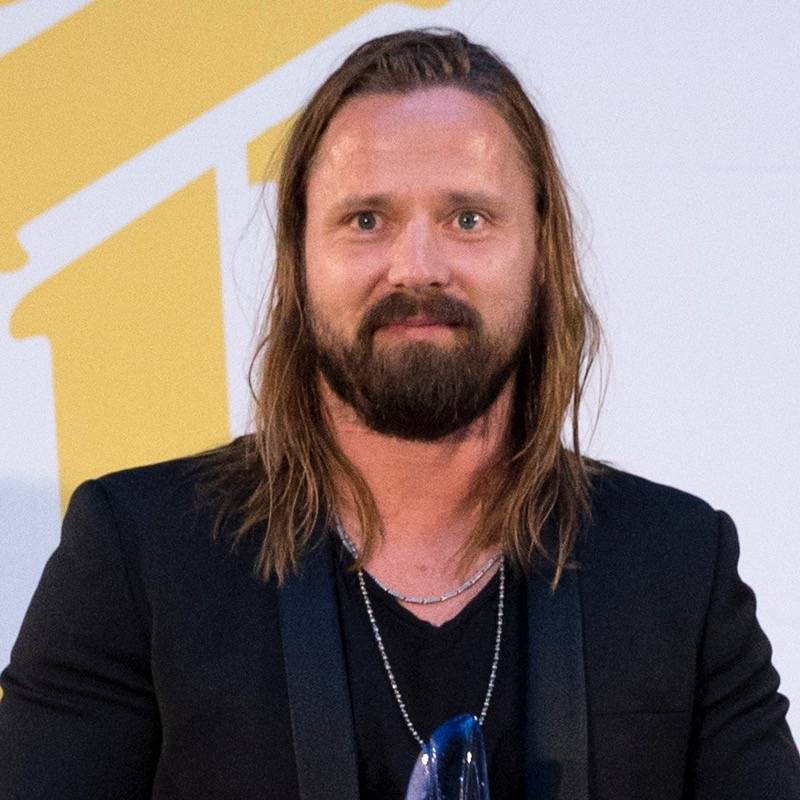 Max Martin is one of the most prominent names in modern-day songwriting and music production. He is a musical genius, responsible for 25 billboard number one songs in over 2 decades - the most recent being the collaboration between Coldplay and BTS on “My Universe” - and a host of numerous songs that have been very commercially successful in recent times.

He is responsible for the melodies we hear in as far back as Britney Spears’s “Baby One More Time,” Taylor Swift’s “Dark Horse,” “Blank Space,” “I Knew You Were Trouble” and The Weeknd’s “Blinding Lights”, “Save Your Tears” with Ariana Grande and “Can’t Feel My Face.”

He has been nominated for the Grammys 22 times, winning on 5 occasions, won the ASCAP Songwriter of the Year award a record eleven times, and is only beaten on the Songwriters with the most number song on Billboard by Paul McCartney and John Lennon of the Beatles. In essence, Max Martin is a songwriting superstar, an incredible talent with a huge influence and cultural relevance in the global music industry who has thrived as a songwriter in a world where he could have been the artist he writes beautiful songs for.

Max Martin’s real name is Karl Martin Sandberg. He was in Stenhamra, Ekerö Municipality, Stockholm County on the 26th of February in 1971. He grew up listening to a glamorous handful of recordings that were contained in his parents’ collection that went on to shape his interest in music into the genius he now is. Some of those recordings include Elton John’s “Captain Fantastic,” the best of Queen and Creedence Clearwater Revival, “the Beatles one where they look down from the balcony,” Vivaldi’s “Four Seasons,” and Mozart’s “Eine Kleine Nachtmusik.” Max also had an older brother who was a glam-rock fan, with whom he spent huge amounts of time listening to old Kiss cassette tapes.

Listening to those tapes made young Max want to be a Rockstar, hence it’s no surprise that he became the Frontman and main songwriter, and singer for the glam-style band “It’s Alive” as a teenager in 1985. He adopted the stage name Martin White at this band, putting to good use his knowledge gathered from his background catalog of music he had been exposed to growing up, and his education at Sweden’s excellent state-sponsored music programs where he received free lessons in playing the recorder, french horn, drums, and the keyboard. For a man who likes to be behind the scenes, Max has been known to publicly express his appreciation and gratitude to music programs in his home country.

Max dropped out of school to pursue a music career with his band and in 1991 they got a deal from Dave Constable of Megarock Records to make a demo record, which would later become their debut album. Soon after they landed a record deal on Max’s eventual mentor, Denniz PoP's label Cheiron Records, a BMG affiliate. There they recorded their second album “Earthquake Visions” and Max started collaborating on songs with PoP at Cheiron Studios, working with him on Ace of Base’s sophomore album “The Bridge.” PoP realized Max’s talent in songwriting and showed him how to produce in the studio. Max became PoP’s protege, even getting his current name “Max Martin” from him.

Max eventually left his band in 1995, the same year Cheiron Studios were hired to produce the “Backstreet Boys” album. Max worked on some of their songs off the album, including "Quit Playing Games (with My Heart)" which quickly went platinum and climbed to No. 2 on the Billboard Hot 100. Martin will go on and write several songs for them, including “Shape of My Heart,” “As Long As You Love Me,” “Everybody (Backstreet's Back),” “We’ve Got It Goin’ On,” “Show Me the Meaning of Being Lonely,” and the timeless “I Want It That Way,” helping the group become a world-famous music band.

Max’s success with Backstreet Boys will lead him to work with Britney Spears, a young girl signed to the same label as Backstreet Boys (Jive Records) in 1997 and was looking for danceable pop songs. Max had a song he had written with Rami Yacoub, a Swedish-Moroccan beatmaker who became part of the Cheiron team after Denniz PoP died of cancer. They had initially written it for TLC and had it titled “Hit Me Baby (One More Time).” TLC rejected that song, and so did Robyn. It has also been said that the song was also initially rejected by Backstreet Boys. But after Max met Britney, he retailored the song to fit her a bit and sent the version to Jive.

Aside from being concerned that English-speaking listeners might wrongly see the song as an allusion to domestic violence or S & M, Jives totally loved it. So the title of the song was changed to “... Baby One More Time” to avoid the possibility of such a negative perception. It will become Britney’s debut single off her debut album of the same name. The song became Max’s first Billboard number one hit. The album became certified Diamond in the U.S. by 1999 after selling 15 million copies. The album also sold over 30 million copies within a year of its release, becoming the best-selling LP by a teenager in history, and Max became the first non-American citizen to win ASCAP’s prestigious “Songwriter of the Year” award in 1999.

A number of these songs were written and composed by Max when he worked at Cheiron Studios with his mentor Denniz PoP (whose real name was Dag Krister Volle and was called Dagge by his friends.) At Cheiron, he wrote/co-wrote over 80 songs while producing or co-producing over 70 tracks, most of which were with PoP. When PoP passed away in the summer of 1998, Max took over as the director of Cheiron Studios. It was closed down in 2000 eventually, and Max started a new production company with Tom Talomaa named Maratone in January 2001. He has written/co-written over 300 songs at Maratone/MXM/Wolf Cousins and likewise has produced or collaborated on over a hundred. The first songs to be written and produced at Maratone were four tracks for Britney Spears's album Britney.

What is his secret?

Max’s background from learning music for absolutely nothing as a child is a huge factor that has contributed to his success as a songwriter. At such a young age, he already had so much exposure to grow into. He understood music theory and recognized the principles behind funk. He was able to combine this rare insight with the feeling of a musician and has so far created some of the sweetest melodies the world has ever heard. This is alongside the fact that Sweden has a strong songwriting culture and is a nation of songwriters endowed with melodic gifts, meticulous about the craft.

Max will be 51 years old in 2021, but he still makes sweet music that resonates with a far younger generation of the listening audiences. This has been attributed to his desire to continue learning. This is fuelled by his continuous willingness to collaborate - a trait he most certainly picked from his mentor Denniz PoP. Denniz’s vision for Cheiron included that songwriting should a collaborative endeavor. Songwriters were assigned different parts of a song to work on, and different parts from different songs could be interchanged to fit in places they fitted better. This has helped Max stay fresh and consistent throughout his career in the ever-changing music industry.