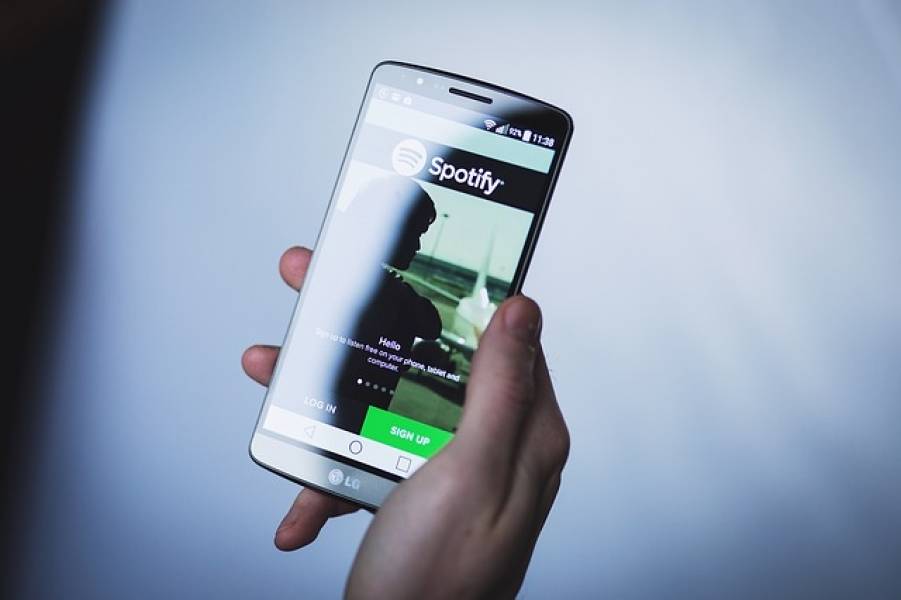 The Death of the CD

The Tunedly Team
February 09, 2018
It is no secret that increased access to the internet and growth in mobile devices helped to bring about an explosion in music consumption. These advances are also part of the equation that has resulted in the major shift to digital downloading and streaming, with physical format consumption being left in the dust for the most part.
The compact disk (CD), which ruled the roost for much of the 1990s and early 2000s, has taken the hardest hit from the digital revolution, with many saying it’s as good as dead. 2016 figures from the International Federation of the Phonographic Industry (IFPI) suggest that recorded music revenues have rebounded after well over a decade of decline, even while the numbers of CDs being sold have continued to lessen.
Nowadays, hardly anyone listens to CDs. In fact, if you think about it, it's more likely that the last time you listened to music it was via a streaming website, on YouTube, or even listening to the radio, rather than popping in a CD. At present, with revenues from streaming and other digital formats accounting for more than 50% of 2016’s global music revenues, according to the IFPI, the notion that the time of the CD has passed seems validated.
Further adding to that is the historic occasion of Chance The Rapper being the first act ever to be nominated - and win a Grammy - for an album that was only made available via streaming. It’s easy to see how his achievement could influence other artists to totally abandon physical formats for streaming, thereby placing another nail in the coffin of the CD.
But is the CD really dead, or is it falling temporarily, only to resurge in a similar fashion as to what is currently happening with vinyl (and to a lesser extent, cassette tape)? And, if so, is the rise of streaming the only factor to blame for the CD’s demise? Should you, as a musician, totally avoid CDs when looking to make your own music and distribute it? Let’s look at some facts to help answer these questions.


Artists who Still Make it Big With CDs


Since 1999, CD sales for artists have been in decline, resulting in a sharp drop in overall music revenues. In fact, between 2006 and 2015, the Recording Industry Association of America (RIAA) reported that income from CD sales fell from $9.4 billion to just $1.5 billion.
But despite the dismal performance of CDs, the question of whether they still had a place in the music industry was thrown right back onto the table for the last six weeks of 2015 after Adele launched her album, 25, in November of that year, and broke records left, right and center.
Propelled by the popularity of the lead single, “Hello,” 25 not only went on to be the year’s biggest-selling album, it also recorded the highest US sales for an album in over a decade with over 7.44 million copies sold. Before that, Usher was the most recent artist to sell more records in one year and that was 2004’s Confessions.
What was most interesting about Miss Adkins’ feat was the fact that the album was not widely available on streaming sites such as Spotify, which means Adele’s fans either downloaded the album or bought the physical CD, with most choosing the latter. As an aside, that move followed Taylor Swift’s stance to remove her music from Spotify and Rdio after the release of her hugely successful 1989 album.
Getting back to Adele, the dominance of 25 didn’t end in 2015. The album was also the bestselling in America in 2016, according to the Nielsen year-end figures, which were released in January 2017. The numbers show that it shifted over 1.7 million copies in the U.S. to beat out Drake’s Views (which was the top selling for streaming equivalent and digital sales). Of that amount, only 514,000 copies had been sold online, meaning that the remaining 1.2 million was physically bought.
Adele’s British compatriot, Ed Sheeran, had a pretty similar experience, after launching his record-breaking album ÷ (Divide) earlier in 2017. His third studio album, Sheeran saw his release become the fastest selling of the year (at that point in time), with over 430,000 copies sold in just three days. Unlike Adele, Sheeran made his album available on streaming sites, going on to set a streaming record at that. But streaming did not outdo its physical sales. 63 percent of Divide’s first week sales were accounted for by CD and vinyl purchases.
Finally, Taylor Swift managed to end 2017 with the bestselling album, despite Reputation coming out in November, selling 1.2 million physical copies in the U.S. alone. In fact, she sold over 2 million copies worldwide before even allowing her sixth studio album to be available for streaming on Spotify.


So, is the CD really dead in light of those numbers?

Not yet, at least not if big-name artists continue to give the format the occasional shot in the arm. However, it certainly seems inevitable if the overall industry continues its current trend.
To begin with, there are many more acts that are offering their music on streaming sites, which, collectively, add up to much more than Swift’s, Sheeran’s, and Adele’s numbers put together. For instance, despite Adele’s achievements in 2015, physical sales (CD and vinyl combined) accounted for only 39% of global recorded music income. That amount dropped to 34 percent in 2016 and it’s left to be seen what they will be when the figures for 2017 are released.

In addition, Nielsen reported that 80 percent of music listeners used a streaming service in 2016, compared to 75 percent the year before, driving home the point that more and more people are moving away from CDs and other physical formats to streaming. Vinyl is the only shining light where physical is concerned, increasing by 10 percent in 2016, but still only accounting for a small percentage of overall revenues.


The Cost of the CD

Another reason why the CD is dying a slow death is the economics of making and distributing music. It’s simple math if you think about it. Making a CD costs money; from buying disks from manufacturers for the music to be placed on it, to things like printing artwork for the CD case and, finally, distributing the CDs. As a result of the costs that are incurred along the way, a record label could face the risk of losing out if the album doesn’t perform well.
For instance, if a label sells a CD for $2, but they had spent $1 or more to produce and distribute it, the label would be earning 50 percent ($1) on the sales of each CD, which then has to be split with the artist, songwriter, and anyone else who had collaborated on the song. Furthermore, there is the risk of oversupplying or undersupplying as the case may be, which can all result in more expenses and losses from CD sales or lack thereof.
When you compare the risks associated with selling CDs to streaming or downloading, it becomes pretty clear why the trend is leaning more towards digital. For one, it costs significantly less for labels and independent artists to make music available online than to put it on a CD. Additionally, most premium download sites pay out 70% of the sales price of a song or album. As a result, if a song sells for $1, the label or independent gets a return of $0.70 or 70 percent of the sales, which would seem to leave more money on the table to be split between the performer and music creators. No doubt, distributing your music on a streaming site is a good move if you're looking to grow and develop your brand as a musician.
Add to that the fact that the issue of oversupplying or undersupplying becomes non-existent, plus there are no overhead costs or expenses associated with storing or shipping; everything is stored online. Without a doubt, digital music consumption is less expensive and less hassling. It’s little wonder why there seems to be a concerted effort for streaming companies, in particular, to attract more people to sign up for on-demand streaming memberships and why record labels would support the move.
The CD isn’t dead just yet and there might be a long way to go before that happens. After all, it's still the preferred format when it comes on to album sales. The CD is also still useful for making demos and mixtapes and other music promotional activities. However, the writing has been on the wall for some time, so unless more artists somehow manage to start emulating what the top 0.01 percent have been able to achieve as far as music sales are concerned, the CD will eventually become a vintage collector’s item.