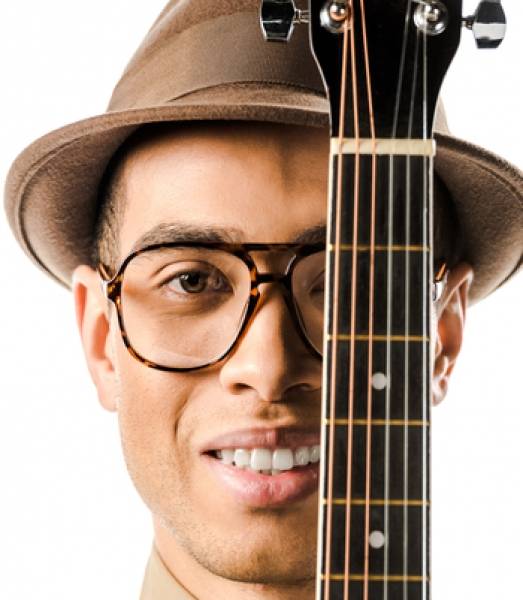 The Importance of Being a Songwriter

Chris Erhardt
August 21, 2019
There are many reasons why most songwriters will never go pro. I have written multiple articles on the topic. I have also shared my opinion on what songwriters need to do in order to get to the professional level. I won't repeat those points in detail in this article. To summarize what one has to do: Work harder than the 1,000s of others who try to reach the same goal. There is more to it, of course, but spending 40+ hours per week on the one thing you want to earn a living from is a good starting point.
Over the years, I have heard a lot of excuses from songwriters about why they can't break through: The industry is rigged, the supervisors are wrong about their songs, they don't have the money for the required resources, they are unable to spend a significant amount of time on their craft due to day jobs/family/friends, etc. For some, going to the bar is just more important.
I stick to my opinion that all of the above are nothing more than just excuses. If you want to become a professional songwriter, you will find a way to get your songs recorded professionally, you will make the time to spend 40 hours a week on your music career, no matter how nagging your friends are about going to the movies or how exhausted you are from a double shift at your day job.
I thought I had heard all the possible excuses. However, just recently I heard a new one and it utterly shocked me! While talking to a group of amateur songwriters, I raised the following point: It takes a doctor several years of hard work and studying before actually becoming a doctor. It takes an airline pilot thousands of hours in the cockpit and tens of thousands of dollars in flight training before being able to fly a Boeing 777 across the Atlantic!
So, why is it that so many songwriters expect to turn professional and make a living wage from songwriting by treating their craft as nothing more than a hobby? By spending mere hours on writing, barely any hours on networking, and cheaping out on the costs associated with furthering their career? One of the songwriters stood up and said, “Doctors save lives, pilots carry 300 souls across the ocean, but all I do is [write] songs.”
I looked around the room and saw multiple “aspiring” songwriters nodding their heads in agreement. Essentially, they were saying that the job of a doctor or pilot is just so much more important than the job of a songwriter, so why would they have to put in as much effort as people with “more important jobs” to obtain a livable wage? Well, if that's your opinion about your desired profession, you actually shouldn't (and most likely won't) become a professional songwriter. So, here is another reason why so many songwriters fail in their pursuit: Lack of respect for their own craft.
Let me tell you how important the job of a PROFESSIONAL songwriter is. If you write a song with a strong message, maybe someone who is going through a rough time or feeling depressed could find encouragement in your lyrics to keep going. Guess what? You just saved a life. Maybe your song has the power to unite thousands of people for a cause. Maybe a song you wrote becomes the breakthrough hit for an artist who put all of his/her savings into a singing career and this record was the last chance to sign a major label deal. Maybe your song gets licensed for a major charity fundraising campaign, helping children in the developing world or fighting climate change.
If you, as an aspiring songwriter can't see the value and power of music, maybe it's a good thing you aren't a professional songwriter. A well-written song can save 1,000s of lives for decades. It can benefit many people economically for years and years. It can unite people, help causes, and live on for generations to come.
Chris Erhardt is the co-founder & CEO of Tunedly – the site you're on right now. ;) Tunedly connects songwriters and music creators to some of the world’s most talented session musicians, to create professional-sounding music, as well as helping you gain exposure through music publishing opportunities. He is a songwriter and producer, as well as a speaker at music events and tech conferences.