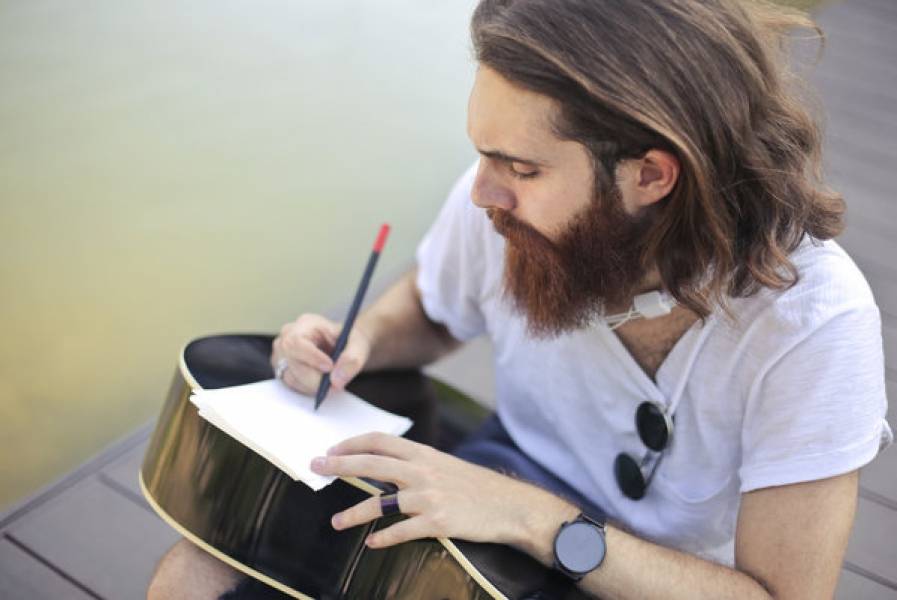 Being naïve is a characteristic that is attributed to many creative-minded people, none more so than songwriters and lyricists who seek to make their own music. The number of studies into this widely held belief is well documented and is attributed to the complexity of the personality of these people.

One heavily cited book that explores this phenomenon is Creativity: Flow and the Psychology of Discovery and Invention by Mihaly Csikszentmihalyi. In the book, which was published in 1997, the author highlights a number of contradictory traits that are often displayed by creative people, one of which is, “Most creative people tend to be smart and naive at the same time.”

You'll probably find it hard to argue with that, but how does such a trait translate to songwriters yearning for naivety? Well, to begin with, many songwriters often get caught up with the details of the song-creation process. They want to create songs that are perfect and original in every sense.

Unfortunately, obsessing over nuances and romanticizing the songwriting process can result in a lack of productivity or even non-productivity. Plus, many people will argue that there is really nothing new under the sun and that being naïve has no place in professional music.

Still, some songwriters might want to hang on to their naivety. Here’s why:

Let’s face it – the music business is one of the hardest to make a mark in. Songwriters are faced with internal and external challenges that not only make it hard for some of them to make competitive music, but also difficult to earn and live comfortably from their work. Royalty earnings, for instance, are still considered way too meager, especially from streaming portals (and over 50% of music consumption is now via streaming apps).

In light of those challenges, it would seem like staying away from music is a smarter career move. However, some songwriters refuse to see the potential pitfalls that could stymie their journey and, instead, naively envision that the music business is a cake walk. Of course, some eventually come to terms and either accept the business for what it is and work harder, build relationships, and try to get more placements than their fellow songwriters, or find ways to mitigate the challenges or even diversify their music careers.

- It can be a good thing

Regardless of the contradiction, being naïve can sometimes help songwriters create music that stands out. How does that work? It is widely believed that most pop songs that go on to become hits are created based on a formula or in a traditional way. In fact, a group of scientists even claimed to narrow it down to a mathematical equation back in 2011. It is also the reason why people tend to complain about all pop music sounding the same and why some seek out songs that are more folk-based and ‘authentic sounding.’

Whether that’s true or not, naivety may allow a songwriter to stubbornly go against tradition and so-called best practices, seeking out unique and different ways to create and produce music that doesn't quite fit in a mold but appeals to people who are seeking a more organic sound.

Do you recognize yourself as such a songwriter? If so, maybe you’re not necessarily naïve, just prefer to be unique.

Struggles in day to day to life and traumatic experiences can cause anyone to change over time. So, the young and carefree songwriter who started life by making songs that are light and funny could end up writing pieces that are melancholic and depressing. As time goes by, even if there is huge success, the songwriter could start reflecting on life and wonder what happened to the person they used to be. This is one reason why many get depressed and require psychiatric help. Good thing help is readily available. (If you ever need it, this article by BetterHelp explains how you can get free therapy online).

Naivety, on the other hand, could help a songwriter preserve at least some of their immaturity, allowing them to laugh at setbacks instead of becoming a totally different person who they fail to recognize in the mirror.

Okay, so maybe that’s going too deep, but you get the picture, right?

It is evident that naivety can be both good and bad. As a songwriter, perhaps it is useful for you to be naïve sometimes, as long as you balance it out by making decisions that are rational and beneficial to your music career.