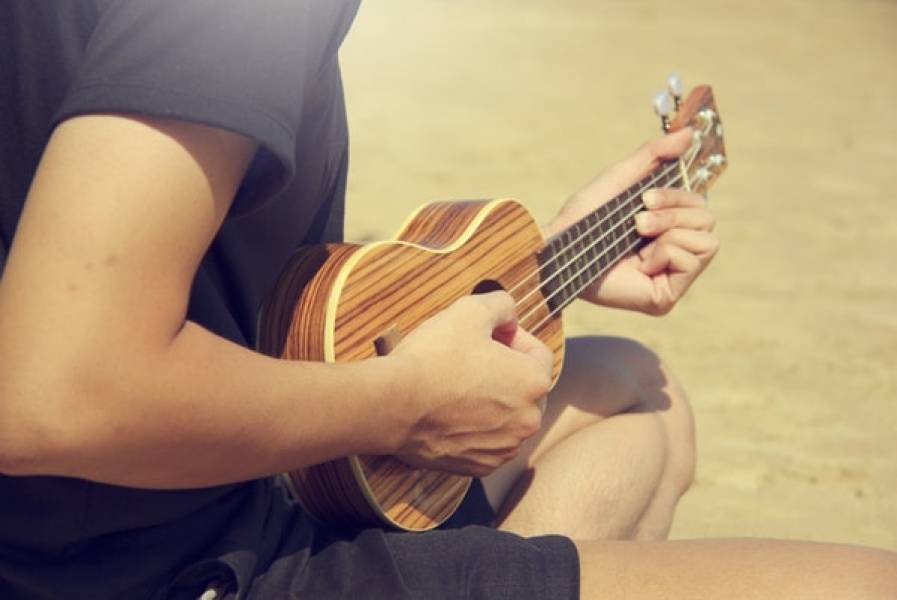 The Undeniable Usefulness of the Ukulele

The Tunedly Team
June 13, 2018
The unmistakable sound of the ukulele is one that has enriched songs and music compositions for well over a century.
A European invention that became synonymous with Hawaiian music (where its name literally translates to ‘jumping flea’), the small instrument might not command the swagger of a guitar or violin. But it has still managed to endear songwriters and casual players alike the world over. And with just four nylon strings, it's not hard to see why use of the ukelele in popular songs is only increasing.
The ukulele's sound does have a way of getting under your skin, considering how infectious some of the songs that include it tend to be. From classic songs to today’s teenybopper magnets, the ukulele has been a busy little strummer in pop music. On top of that, amateur artists have used the ukulele to create worthy renditions of hit songs.
It's, therefore, a no-brainer that you should give serious thought to recording with the ukulele if you’re looking to spice up your next recording, (by the way, Tunedly offers some fantastic Ukulele players on its roster).
Not quite convinced? Well, here are 15 popular songs and recordings, in no particular order, that feature the ukulele in all its auditory splendor. Enjoy!

In this, one of Train's biggest hits, the ukulele perfectly foils the thumping bass line and other instruments that contribute to the song's catchy melody.

Like many of the songs on this list, the laidback, happy-go-lucky strums of the ukulele on this song lure you into a head bop from the get-go.

One of the most performed songs in ukulele tutorials on YouTube (and one which has encouraged many people to pick up the instrument), this Jason Mraz number is one of the most mesmerizing of its time.

It's no secret that the Beatles experimented with different sounds both as a group and during their respective solo careers. This song by Paul McCartney, which appeared on his Ram album, showed his mastery of the ukulele.

While Taylor Swift has evolved to become a bonafide pop artist, she proved herself skilled with strings during her country music days. This performance with a ukulele bears testament to that.

While not being one of the most well-known artists, this bare-bones recording against the backdrop of a ukulele, for the most part, shows off her undeniable talent.

7. Panic at the Disco - "I Have Friends in Holy Spaces"

The ukulele lead in this track provides a fun, upbeat tone, as well as an authentic vintage vibe you won't soon forget.

The ukulele accompaniment on this classic song blends perfectly with the vocals of the Hawaiian legend that sings it. No wonder why it's regarded by many as an exceptionally beautiful song.

Despite its somber message, this song has a wonderfully upbeat rhythm aided by the frivolous ukulele undertone, making you want to just dance along.

One of the newest artists to come on the scene in recent years, Vance Joy got his big break on the back of this song featuring a stirring ukulele performance, which has seen the Australian singer-songwriter rocking crowds while on tour with Taylor Swift.

George Harrison was another Beatle who was extremely fond of the ukulele. That was enough reason for Joe Brown to make it the main instrument in his tribute to Harrison.

One of the artists that have been at the forefront of the latest ukulele resurgence, Eddie Vedder decided to record an entire album featuring its chords.

Hawaiian native, Jake Shimabukuro, is often praised for his sublime ukulele skills, which are thoroughly displayed as he plays this George Harrison number.

Another young artist who has come to the fore in recent times, Max Schneider first gained attention while covering popular songs with ukulele in hand. Here, he does a good job with this Plain White T's smash.

A ukulele in hand makes storytelling via music seem effortless for Sara Bareilles during this live performance.


Return to the blog