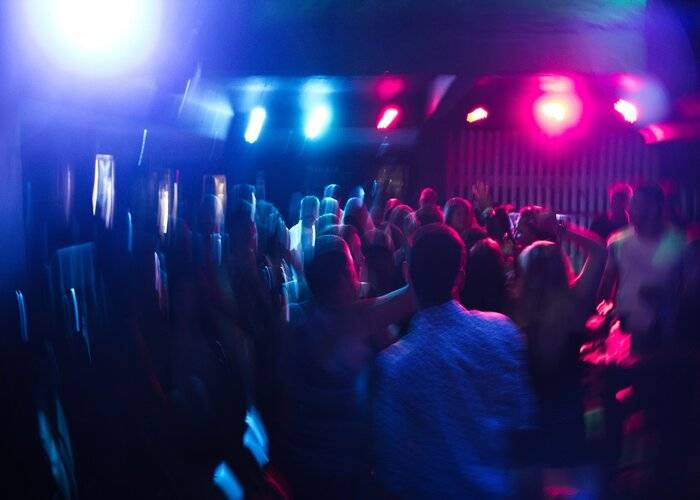 Is drug use rife in the music industry? Well, it is commonly believed that many creatives regularly take one substance or another as a part of their lifestyle. At least, that was seemingly the case back in the early days of pop and rock music. One only has to look as far as the careers of some of the most iconic musicians to have ever lived, including Frank Sinatra, Elvis Presley, David Bowie, and Jimi Hendrix to see the link. And, based on the utterances of a few (and what some of their songs say), it seems some creative minds think that drugs help them to produce greater works or perform better.

Firstly, before we go any further, it is important to note that at Tunedly, we do not encourage being under the influence, and this article isn't written to support it in any way. But whether what the last paragraph says is true or not has fueled decades' worth of debates, especially since many drugs being used are classified as controlled substances. Singers, musicians, and songwriters who tend to rely on drugs for inspiration may be using one or more of the following: heroin, marijuana, cocaine, LSD, ecstasy, and alcohol. Of course, drug addiction has been the result for numerous acts. Demi Lovato, for instance, has been in and out of rehab to cope with the effects of drug addiction. So has Britney Spears and a host of other popular artists. Then there are those who have faced the worst: hospitalization and death. At the time of this article, DMX has been hospitalized as a result of a drug overdose (there is plenty of hope that he will recover). Amy Winehouse, Whitney Houston, Michael Jackson, and Pink Floyd's Syd Barrett are among numerous other acts who paid the ultimate price.

Based on the above, it begs the question as to why so many musicians and other creative minds still turn to drugs. There are two main reasons:

1. Taking drugs helps to boost their creativity and ability to produce hits.

2. Drugs provide a high that helps them to deal with the rigors of the music industry

Let's tackle the first point. Debaters ponder whether taking drugs provide real inspiration for creativity or just activates the imagination. There have been several studies that try to ascertain whether there is any merit in this thought process. But there has been no concrete evidence to suggest that this is actually true. In fact, most science experts object to the idea of using drugs as inspiration, arguing that even though artistes might believe that the drugs are boosting their creativity, this is not exactly the case. Research by experts such as Dr. Alice Flaherty at Harvard and neurologist Dr. Alain Dagher, suggest that using drugs has the possibility of influencing deeper thought and altering the imagination. However, these do not necessarily result in greater creative output.

With that said, it is easy to see why some people may believe that there is a link between drug use and creativity. After all, imagination and creativity go hand in hand, especially as it relates to something as intricate as the songwriting process. Imagination involves thinking and forming new ideas, images, and even concepts of external factors such as people, objects, ideas, or situations. Creativity involves taking an idea or concept and bringing it to life. Your creativity is what you would use to spin your imagination into something that is real and meaningful.

Another point made by scientists is that drugs have an altering effect on users because of their chemical makeup and how they impact the brain. Heroin, for example, causes the dopamine levels in the brain to increase dramatically. In effect, what this does is induce feelings of pleasure and puts the user in a state of mental repose. With your body in this state, it can lead to vividly imaginative thoughts and ideas. Maybe that was the rationale behind the Beatles (alleged) obsession with LSD or David Bowie's documented affair with cocaine.

Marijuana use produces a similar effect. In fact, it is highly revered for its promotion of what is referred to as divergent thinking. However, while this is useful during the creative process (and many in the music industry - and outside of it - swear by its effects), experts agree that it cannot be translated to a creative outcome, unless this kind of thinking directly leads to the creation of something real and meaningful.

In relation to the second point, the music industry is truly a stressful one, especially for the super-famous. It is the pressure of stardom and constant scrutiny under the public eye that is believed to have led many musicians to start drinking, shooting up, and snorting in order to combat the stress. On the other hand, artists who are constantly on tour may take drugs to cope with their hectic schedules. That seems to have been the case with various bands from back in the day, including Motley Crue, Aerosmith, and Rolling Stones.

While taking drugs may appear to provide stamina, longevity, and the ability to deal with stress, many of these substances take far more than they give. From life-threatening physical conditions to mental health disorders, many users end up worse off than how they were before taking drugs. The result is that most medical practitioners simply don't recommend drug use.

Getting into the dangers of taking drugs, reports from the Center of Disease Control (CDC) suggest that more than 100 people die every day in the U.S. from drug overdose. As far as musicians go, drug-related deaths have roughly tripled among this group since the year 2000. However, 50% of drug overdose cases are due to prescription and over-the-counter drugs, including opioids. Despite these adverse findings, it appears many creatives still hold on to the belief that drugs help to make them more creative.

It is expected that the debate will continue, since more and more people are accepting the regular use of drugs into their lives - what with the legalization of marijuana in many places across the U.S. and around the world. It should be noted that marijuana is considered safer than other drugs, but many believe it's a gateway to taking more hardcore substances.

Whether it is to relieve stress or combat writers' block, it appears the music community is set to continue its love affair with drugs. Is the unproven potential of more creativity worth the life-threatening risks and addictive makeup of drugs? The debate continues.