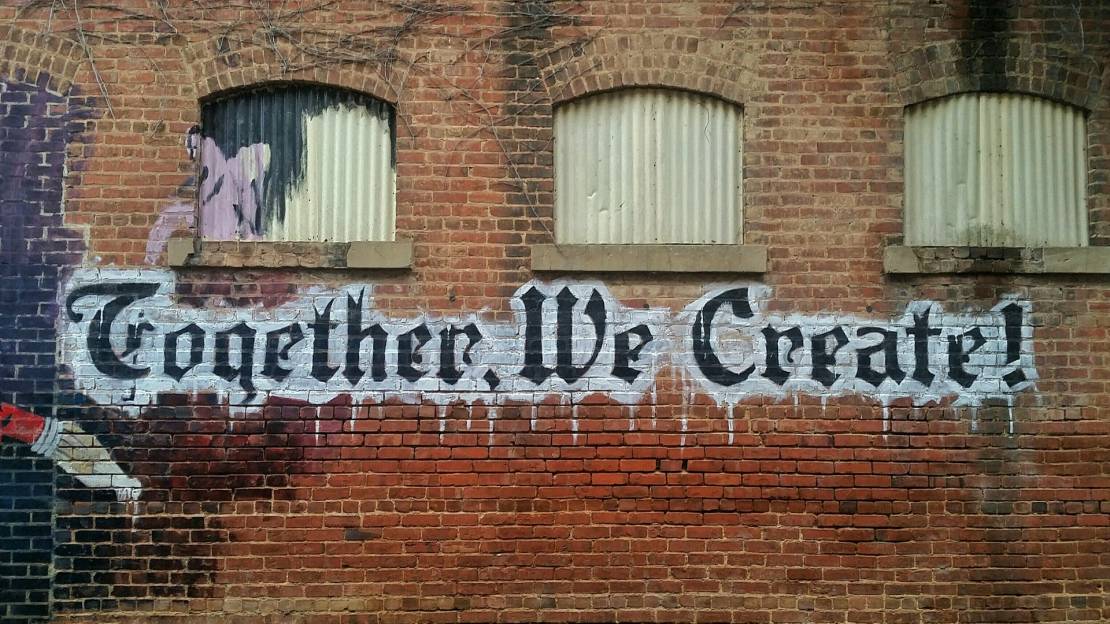 Ways To Collaborate As A Musician

Collaboration is defined as a process of two or more people, entities or organizations working together to complete a task or achieve a goal. It is a very common process in normal human daily activities, so much so our survival depends on it. There's a level of interdependence between all human beings, and between living things and their environment. Whether we like it or not, collaboration is the bedrock upon which every aspect of our lives are built, from the smallest most insignificant occurrences to the largest and most meaningful achievements we experience.

In one of our previous weekly articles, we discussed the importance of collaboration and its benefits to humans, especially pertaining to the music industry. We highlighted the various ways in which collaborative activities can be useful to musicians. Things like sharing of ideas, improving ideas, opportunity of seeing an idea from a different perspective, learning new skills, learning new ways to do things we already know how to do, building relationships, increasing our social interactions, getting direct constructive feedback, building our network and even building our fanbase, are some of the important benefits to engaging in collaborative activities.

In this piece, we aim to continue from where we stopped in the previous article. You already know why you should collaborate, and what good it does for you both in the short term and in the long. Now we want to dive deeper and explore some of the various ways that an artist, musician, songwriter or producer can collaborate with other musicians. I mean, there’s no point in preaching or advocating collaboration if you don’t know how you collaborate, no matter how simple and straightforward the concept may seem.

Co-Writing a song is most definitely the first go to thought when one thinks about collaborations as a songwriter. Every writer has their own unique style of writing and creating music. So initially, it might seem a bit difficult to get it rolling. But when it actually does get rolling, the results yielded are bound to be amazing. Co-writing requires a lot of honesty, a lot of compassion, a lot of patience and most importantly a lot less self centeredness. Being honest about what you genuinely think of whatever is being created, including when they are ideas spawning off of you, is a great way to keep the flow going.

When you think your co-writing partner has come up with an amazing idea, let them. When you think otherwise, let them know too, compassionately. The idea behind cowriting is to create an amazing song. It’s never to show who’s the better songwriter of the pair. Co-writing can breed a great friendship between the parties involved, because writing in itself is a vulnerable process. And if both writers really like what they’ve created together, there’s going to be a stronger interest and presence from both parties when it’s time to push these songs out to the world.

There is also another form of co-writing that may not require sitting in the same place to work on the song and getting one unified idea. Inviting a featured artist or producer can be a great form of collaboration as well. This actually gives room for someone else to do their own thing on a song and give it a whole fresh idea. There are countless songs that have had features on them and have become really remarkable and popular hits. Features bring a new dimension to a song, a different idea you might have never thought of. Of course the commercial benefits are always there as well, perhaps featuring a bigger artist on a song can help get the traction the song needs, or even featuring on a bigger artist's song can help bring the traction you need for your own growth.

Remixing already existing songs can also be seen as a way of exploring the featured artist style of collaborations. For example, Justin Bieber’s new verse on Wizkid and Tems’ already released song, Essence can be pointed out as a scenario where remix as a means of collaboration has been really successful. Remixes are not just about artists jumping on songs. Producers can as well have a vision of an already existing song and make their own versions. This is very popular in the EDM community. Some songs which were initially underwhelming have gone on to become popular because of a producer remix. Seeb’s remix of Michael Posner’s I Took A Pill In Ibiza explains this perfectly. Whether it becomes a hit or not may not exactly be the aim of a remix. But expressing a song in a new perspective is definitely a step worth taking in music.

For artists who are relatively on the same level in their respective careers, swapping gigs may also be a way collaboration can be highly beneficial and practiced. So let’s say one artist or band has a show at their hometown, they can invite over another band to perform in their gig. And this other band returns the favour when they’re performing in a market that they’ve already conquered as well. This helps both bands or artists to build their fanbases and explore new territories that their music can grow from. This particular activity is mostly common amongst independent artists or bands.

To get a bit further, sharing tours is also a very profitable collaborative step you can take in your career. This usually happens either with one artist headlining and the other supporting, or both artists co-headlining the journey. Here both parties involved share the costs of the tour, and split all the responsibilities and profits as well. For some artists who tour as supporting artists, it could even be a way to break out in their career, while also giving the audience of the headliner a good time for their money. Performing together on stage is also a beautiful way to collaborate on stage and create an experience for those who will be there to watch. It is mostly overly beneficial for all parties involved.

Some smaller activities like making covers for each other's songs, going on instagram lives together, cross promoting each other on social media, making music videos together and so much more can be done. It just really depends on how creative you can be with collaboration. But one thing is clear, collaboration does a lot for each artist or songwriter involved and should be encouraged more/.