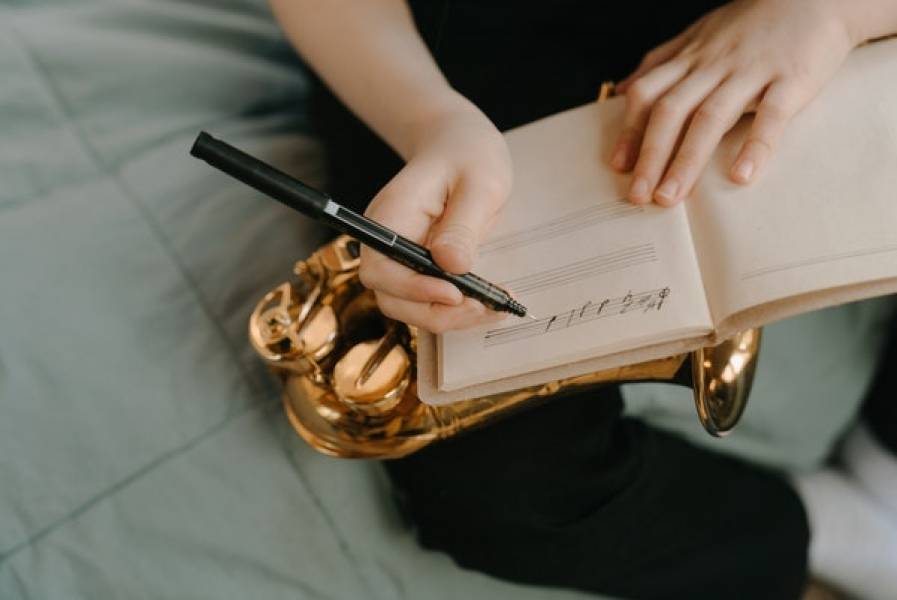 What Is A Hook?

The Tunedly Team
October 14, 2020
What is a hook and why is it so important? In industries such as fishing and construction, a hook is self-explanatory. But in music, the term is easily thrown around to mean one or more things.
However, the hook is a bit more nuanced when it comes on to songwriting and requires understanding in order for songwriters to become good at creating them. In this article, we will shed light on what a hook is and how to create ones that are effective.


What is a hook in songwriting?

The hook is commonly associated with the chorus and many people use them interchangeably. But they are not always the same. There are many examples in popular music where the hook in a song is separated from the chorus. With that in mind, the best way to define a hook in songwriting is to remember that it is the catchiest part of any song. It is the word, sentence, phrase, or expression that remains stuck in the listener’s head long after the song has ended.
Furthermore, the hook is the part that gets the listener interested in hearing the rest of a song the first time they hear it. In that regard, a weak or non-existent hook could result in someone skipping past your song before getting halfway through and not bothering to listen to it ever again, even if the rest of the lyrics are interesting.
If there is a song playing in your head right now, it’s likely that you are hearing the hook of the song being repeated, rather than a particular verse. You might be wondering, “If the chorus is not necessarily the hook, then what part of the song is it?”
Well, the hook can pop up in a number of places apart from the chorus:
- An opening refrain or introduction to the song
- A particular sound such as a wail, whoop, or expression used throughout the song
- A distinct riff
In addition, a song can have multiple hooks instead of just one. In this case, the chorus may be the major hook, with minor ones created in the pre-chorus, prelude, or instrumental arrangement. There are also different styles of hooks to keep in mind:

In this case, you establish the hook of the song (or at least one of the hooks) by placing it in the song’s intro or opening line. As the song progresses, you can bring it back into the arrangement, such as before the start of the second verse and after performing the bridge. Hooks that are placed in the song intro are usually based on a melodic arrangement, such as a couple of hums, short words, or wails. While the intro hook works well to draw in the listener from the get-go, it can become annoying if repeated too often throughout the song, so timing and placement are critical.

Using a guitar, piano, or another instrumental arrangement in the background, to highlight a set of words, can result in the combination becoming memorable. While more of a subtle hook, it can help with making the chorus more dynamic while not being overpowering. You can also use this instrumental arrangement when you want to have multiple hooks in your song, where this would be the secondary hook.

Possibly the most popular type of hook, this involves combining a beat and rhythm to establish a catchy frame for the chorus and the rest of the song. Creating a rhythm hook tends to start out with one of the several ways people make up beats, such as clapping the hands, beating on a desk, slapping the leg, or snapping the fingers. Once a distinct beat has been formed, it becomes the framework for the song chorus or wherever you want to place the hook. A rhythmic hook needs to be short and simple, snappy and attention-grabbing.

How to write a hook

The examples above should already give you some insight as to how to go about creating hooks when writing songs. In addition, it helps to study the hooks of other popular songs to gather an appreciation of all the different ways a hook can be derived. When creating hooks, you should also think about the context and message you want to portray. Do you want the song to be cheery, haunting, positive, lovey-dovey, etc.? You want to encapsulate the entire mood of the song into the hook, while, at the same time, making it distinct from the rest of the track.
Final thoughts
There are many things to think about when writing a song. You first need to have a song idea followed by a memorable song title. Then there is the task of actually crafting and structuring the lyrics, as well as working out the melody, rhyme scheme, and chord progression. In the midst of all that, writing a catchy hook is important in helping you create a song that people actually enjoy listening to.