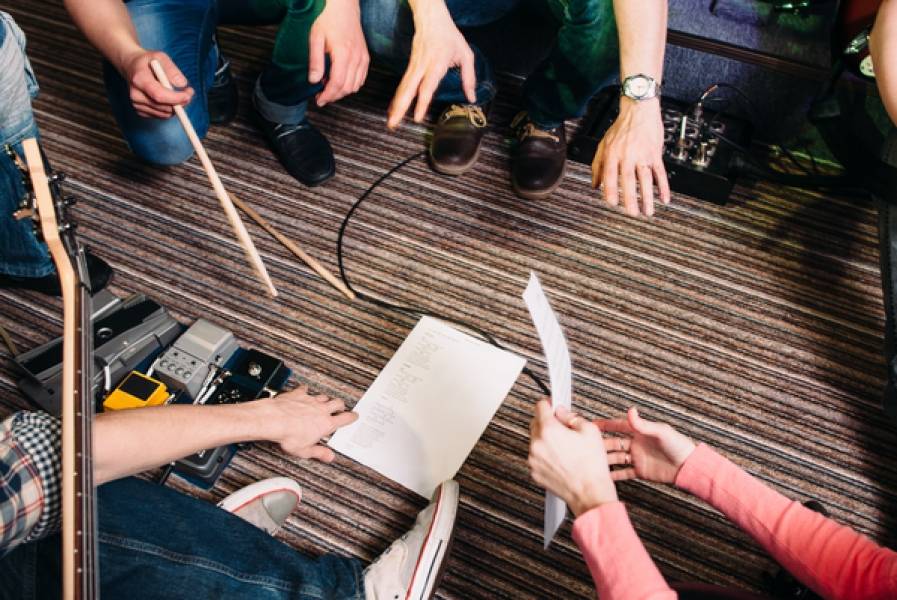 The Tunedly Team
March 20, 2019
When Beyonce released Lemonade in 2016, the entertainer – as she usually does – sent tongues wagging about the album’s content. The underlying mysteries of some of the tracks were enough to keep the Beyhive buzzing and send the compilation to the top of the charts.
However, the work also came up for harsh criticisms, in particular, for its large number of credited songwriters. “Hold Up,” for instance, was credited to all of 13 songwriters.
Described as a visual album due to a short film that accompanied its 12 tracks, the project boasted the names of a number of not-so-popular, as well as well-known songwriters, including Led Zepellin, Soulja Boy, MNEK, and The Yeah Yeahs. And while many of the songs were praised for being among Beyonce’s best works, some of her detractors questioned her songwriting abilities for leaning on the talents of so many others.
Beyonce is not the only recognized artist whose works have raised concerns about originality. Rihanna, Mark Ronson, Ed Sheeran, and Sam Smith, are among a number of performers who have been criticized by music purists. The complaints have persisted in light of the fact that most of the songs entering the charts nowadays are written by multiple songwriters, some with more than 10.
In fact, songs such as Cardi B’s “I Like It” featuring Bad Bunny/J. Balvin and Drake’s “Nice For What” have 15 or more songwriters being credited. On top of that, recent research by Music Business Worldwide showed that in 2018, the top 25 streamed tracks averaged 6.48 songwriters (technically, since there is no such thing as 0.48 songwriter, that number can easily be rounded up to 7).
While some have been critical of these new songwriting tactics (compared to the past when most songs were credited to single songwriters or duos), a little digging in music history suggests that Beyonce and others aren’t necessarily doing anything strange. If anything, a lot of the songwriting credits on some songs are only there to prevent lawsuits. There are a number of ways to deconstruct the topic:

Much of today’s art is inspired by works created by famous artists many years ago, including the likes of Picasso, Van Gogh, and Da Vinci. With music being an essential art form as well, many of its greatest artists provide inspiration for current musicians trying to make a mark or stay relevant. Works by legendary artists such as James Brown, Michael Jackson, and Marvin Gaye are regularly "sampled" by many of today's popular acts (Drake's use of Jackson's posthumous vocals in the song "Don't Matter To Me," for example). This is a practice that has been in existence for as long as art has been around. In fact, many of the greatest artists, whether in music, visual, or literary arts, rarely ever created anything “original.” They merely refined or re-interpreted works of other people, who sometimes were lesser known. In some cases, they even “borrowed” other people’s ideas. Thankfully, preventative measures have been put in place over the years to ensure use of other people’s intellectual property is acknowledged and compensated where applicable…which brings us to the next factor.

Not all songwriting credits mean that a party was actively involved in the song’s creation. The credit is merely included to prevent a lawsuit if there is any commercial success for the song. In recent times, the teams behind popular artists such as Beyonce, Ed Sheeran, Drake, and others, have become more aware of the possible repercussions of not giving credit where due, and that’s one reason for the huge number of songwriters being credited. For example, when “Uptown Funk” by Mark Ronson was first released, it listed only four songwriters, then became six. That figure soon ballooned to 13 songwriters when it became apparent that the hit had similarities to a 1979 song called “Oops Upside Your Head” by The Gap Band. Credits don’t necessarily relate to previous songs either. Beyonce’s “Hold Up,” for instance, listed Vampire Weekend’s Ezra Koenig among its writers for using words from tweets he made in 2011 in the song's lyrics.


The business of music

Over the years, the business of music has undergone a number of changes and songwriting hasn’t been spared. For starters, labels understand the importance of good songwriting and realize that many performers, no matter how talented, aren’t necessarily great at writing songs. As such, they assemble skilled songwriters to create songs for, or partially with, artists, in order to fast track the creation of a song that has hit potential. Cher is said to only have a small role in the creation of her iconic song “Believe,” which boasts six other songwriters. Also, writing camps for popular artists, as well as for X-Factor contestants, have become quite the norm as labels try to get their acts on the charts. This aspect of the music business has another benefit of potentially bringing unknown and non-performing songwriters to the fore, who might gain experience from collaborating with top producers and artists, as well as other songwriters. Superstars such as Ne-Yo and Bruno Mars first made their names writing hits for other artists. The same can be said about Julia Michaels, Swedish sensation Tove Lo, and British singer Dyo, who are current breakout hitmakers.
So, is multiple songwriting credits proof that originality is lacking in modern music? While the originality part might be up for further interpretation, much of what currently gives is merely a reaction to how the music industry has transformed over the years. Hopefully, examining the reasons outlined in this article will open up your eyes wider to how the music business really works, as it relates to songwriting, and help you in your music making decisions going forward.