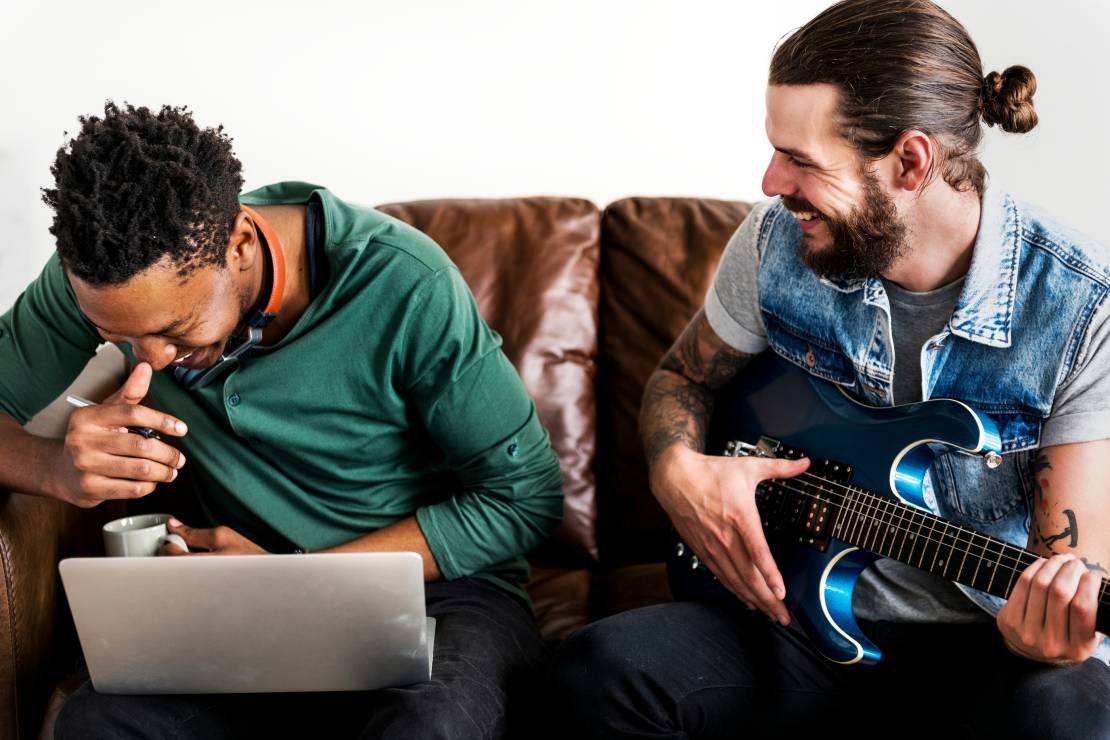 Why Creators Should Never Use Drugs

In the minds of many young people today, drugs and alcohol are the means to unlock their full creative potential. Some famous musicians think that drugs and alcohol help them be more inventive. Many up-and-coming musicians may be tempted by these claims to try out illegal narcotics. Therefore, people believe the falsehood and start utilizing it, putting their futures and lives in danger.

Famous musicians tend to be quite well off. And as their riches grow, so do the odds that they'll continue in their destructive ways. Drug use is costly, yet many musicians can afford it. Most famous musicians today are young people under the age of 35. They're young and tend to achieve fame at a tender age. These musicians are often immature and lack experience, which leads them to make unwise choices without fully considering the consequences.

It's the main reason so many musicians have problems with substance abuse. To be a musician is to be “cool”. It's also cool to abuse substances like booze and drugs. It's a common misconception among musicians, especially young ones, that drug use is a prerequisite to being considered “cool.”

Effects of Drug and Alcohol Use

Substance misuse alters every aspect of the life of the user. Their mental states, thought processes, and interactions with others are all impacted. Certain medications with the potential to become addictive work by stimulating the brain's reward circuits. Your brain is flooded with dopamine. It's like a flood of happiness just thinking about it. You want that high so badly that you keep taking the medication.

Your brain will adjust to the increased dopamine levels over time. You may find yourself needing to take more of the drug to achieve the same effect. You may also find less enjoyment in some of your other favorite activities, such as eating and spending time with loved ones. Abuse of drugs can alter not only the reward system, but also other chemical systems and circuits in the brain. It interferes with your ability to make sound decisions, remember details, and form good opinions, and it also hinders your memory and your capacity to learn.

Together, these brain function alterations can make you feel powerless to resist the temptation to use drugs. This is a path to dependency. Abnormal vital signs such as respiration, heart rate, blood pressure, chest or lung pain, nausea, vomiting, diarrhea, stomach pain, more frequent illnesses, hangovers, and blackouts result from drug usage.

Mood swings are one of the many psychosocial consequences of drug usage. Drug impacts such as increased aggression or irritability, diminished enjoyment from formerly pleasurable activities, and forcing others to try drugs can lead to anxiety, obsession with when their next fix will be, and depression.

Alcohol has been shown to negatively affect several vital neurochemical systems within the human body responsible for mood regulation. Alcohol, in particular, has devastating effects on memory, anxiety, and other aspects of mental health. According to Drinkaware, psychosis, a severe mental disease characterized by hallucinations and delusions, can occasionally be brought on by drinking more than 30 units per day for several weeks. Depressive illness and even suicidal thoughts have been linked to chronic heavy drinking.

According to a Healthline article, alcoholics experience adverse effects on their cardiovascular and nervous systems. Alcohol poisoning can lead to death, a coma, severe memory loss, and even fainting. Seizures, severe dehydration, blurred vision, and blackouts are all possible consequences of excessive alcohol use. This, along with several other impacts, demonstrates the strength of alcohol and how it can adversely affect a singer's or anybody else's health.

Hundreds of overdoses, suicides, and medically induced comas have been attributed to drug and alcohol addiction in the music industry, and this problem shows no signs of going away. Artists continue to turn to alcohol and drugs as a crutch for everything from boosting their creativity to calming their nerves before a performance, despite the damage it does to their mental and physical well-being.

Musicians Who Have Battled Drugs And Alcohol Addiction

Abuse of both drugs and alcohol has plagued society since the dawn of recorded history. Substance abuse has claimed the lives of many wealthy and prominent musicians. They are either fatally addicted to drugs or have overdosed.

Michael Jackson's sudden death from cardiac arrest in 2009 was caused by an overdose of the tranquilizers propofol and benzodiazepines. The singer's long-term struggle with prescription drug usage included using multiple names to obtain the medications he needed. Whitney Houston exemplifies the terrible consequences of drug addiction and its complexities in the entertainment industry. Whitney was raised in a troubled middle-class family in East Orange, New Jersey, where she was exposed to heavy drug use at a young age. At the age of 16, Whitney began using narcotics.

As Whitney became more invested in her music, she also became more dependent on drugs and alcohol as she struggled to cope with the stresses of the music business. Houston initially spoke publicly about her drug usage in a 2002 interview with Diane Sawyer, where she said she often abused a cocktail of cocaine, sleeping pills, and marijuana. Her drug use ultimately led to her 2012 death by drowning in the bathroom. Bobby Brown has been arrested multiple times for drug and alcohol offenses. He says Whitney Houston is to blame for him becoming a cocaine addict.

Amy Whinehouse is recognized in the music industry for her sultry, gloomy sound. In the early stages of her profession, she was first exposed to substances like alcohol and cocaine. Her experience illustrates how individuals at the top of the music industry may inflict terrible harm on promising young artists, trapping them in a life of servitude rife with anxiety and abuse. Her fanbase may have overestimated the severity of her problems because of her unpredictable behavior and frequent brushes with the law. The singer died of alcohol poisoning on July 23, 2011, after a long battle with addiction.

When Kurt Cobain and Courtney Love were both high on drugs, they hit it off and eventually married. An overdose of heroin and alcohol in 1994 is said to have been his first suicide attempt. On many occasions, Snoop Dogg has been arrested for either possessing or merely smelling of marijuana.

Some Healthy Solutions To Relieve Pressure Off

Learning how substances like alcohol and drugs influence the body is a crucial first step toward a more carefree lifestyle free of such distractions. Some people wrongly believe they are a healthy and efficient means of dealing with stress and unpleasant feelings. The widespread misconception that imbibing is the only way to unwind contributes to overall alcohol consumption. Unfortunately, rather than reducing stress, alcohol makes it worse. Alcohol and drug misuse can lead to missed deadlines, disregarded responsibilities, and the accumulation of mounting debt, all of which contribute to an already stressful situation. They make it harder to deal with stressful situations. Becoming sober can undo these changes and make life easier.

Avoiding unhealthy coping mechanisms, such as alcohol and drug use, is crucial to any strategy training. The temptation to drink or take drugs can strike anyone anytime, and musicians are no exception. You can learn to control your cravings for alcohol and drugs by recognizing the situations that set off your urges to use again. They could be internal (such as anxiety, boredom, or stress) or external (such as overwork, solitude, or specific individuals or locations you associate with your past use). It is critical to prepare safeguards in case you encounter similar triggers in the future. Prepare yourself for the bad times that will inevitably come.

Substance abuse is common because it provides an escape from unpleasant mental and emotional states. When you drink to calm your nerves, you try to avoid or suppress your feelings rather than deal with them as they arise. You should practice mindfulness to deal with the bad things that happen to you. Mindfulness approaches (or mindfulness-based exercises) dramatically reduce substance cravings for people in recovery.

The practice of mindfulness teaches us to appreciate the here-and-now. Developing mindfulness to accept your emotions as they arise is essential. Musicians can practice mindfulness in a variety of ways. Examples include going on walks, meditating, keeping a journal, and thinking about life. Mindfulness practice entails a heightened awareness of the here and now and can help you handle stressful situations without drinking or using drugs.

Taking part in something fun can be a fantastic way to relieve tension. Sports, the gym, and yoga are all great ways to socialize and unwind healthily, and there are many other recreational activities. Spending time with people forces you to let go of your thoughts and appreciate the moment. If you want to avoid the harmful effects of alcohol or drugs, try going to a local community center or taking up a new pastime.

We humans have an innate need to interact with others. Depression and loneliness are common side effects of living alone. A person's health can be severely compromised as a result of this. A solid support system is invaluable when you need to unwind but are tempted to drink or take drugs. Even though you'll have to fight temptation on and off, it's essential to be open to receiving support from those you trust. Create a list of all the people you know who are in good health and can lend a helping hand, and keep it on you at all times. Sobriety responsibility is enhanced when someone has someone to lean on for assistance.

Drug and alcohol abuse is pervasive in the music business. Artists often turn to substances like alcohol and narcotics to relieve the pressures of performing and dealing with performance anxiety and stimulate their creative processes. A rapid progression to addiction follows, wreaking havoc on their vital organs. It is impossible to overstate drug abuse's tragic toll on talented artists' lives. A worldwide epidemic of drug abuse among young people who hold famous people in high esteem is a direct result of the irresponsible drug use of some of those people.