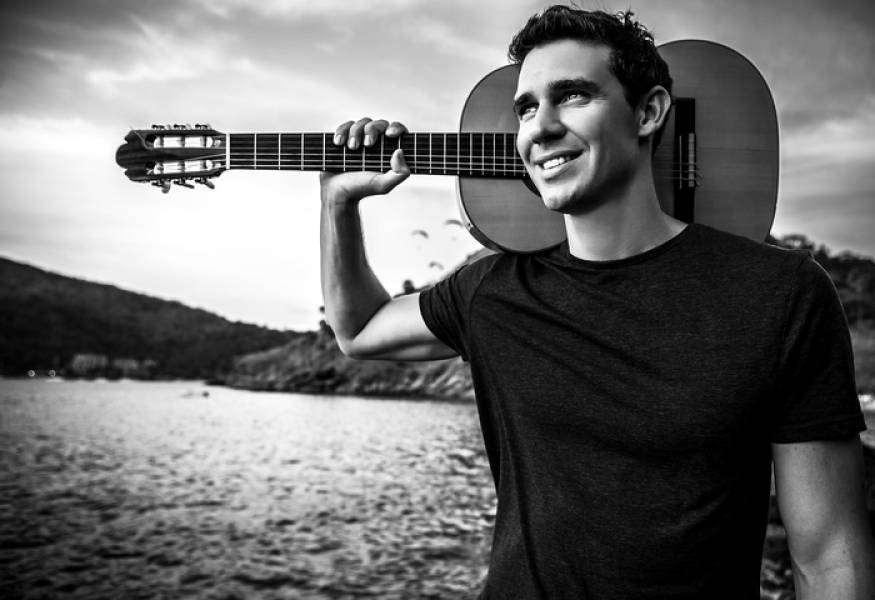 As a songwriter today, there are undoubtedly many options available to you for recording and plugging your music. In addition to traditional methods, technology has opened up numerous other possibilities. In light of the abundance of options, you might then be wondering “why choose Tunedly?”
After all, there are tons of other online music recording studios, and music publishing companies, promising the same services and opportunities. So, why would you even consider Tunedly to be your best option for top-notch music production and finding exposure? To answer these questions, let’s look at two of our core services.

Being a music production and publishing platform, the one aspect that we have control over is the production quality. We ensure quality by only connecting you with the best session musicians for hire and employing best practices to ensure your songwriting projects end up with the best possible audio quality and clarity.
Still, it’s easy to claim to be the best, but we are not in the business of just making empty statements. Instead, we set out to substantiate what many songwriters, who have used our services over the years, have been saying in their testimonials and reviews. Here’s what we did…
In recent months, we consulted an independent music-market research company, which conducted an analysis of 100 randomly selected songs. Half of these songs were fully produced using the Tunedly platform and the other half were produced elsewhere. This market research company has worked with brands such as Sony Music, Universal, and Atlantic Records, helping them to evaluate the music environment and make the right decisions prior to their next releases. To ensure the research remained unbiased, the market research company was not told which songs had been produced by Tunedly; they were all submitted in one bulk folder and were not labeled.
The findings spoke volumes. Tunedly-produced songs had an average production quality score of 69. Note that, in the music industry, a score of 65 is the minimum standard for a recording to be considered commercially viable, so the Tunedly average score was well above that threshold. On the other hand, the set of songs that were produced elsewhere had an average score of 52, which, as you can see, is well below the required standard to be considered as having a ‘professional sound.’
Obviously, this is one finding we can point to as a good enough reason for you to choose Tunedly when you want to bring your songwriting projects to life. But we decided to take it even further. We went ahead and looked at the success rates (being deemed eligible to get forwarded to song pluggers) of songs produced by Tunedly vs those produced elsewhere.
The results speak for themselves; 20% of Tunedly-produced projects made the cut and were good enough for music publishing opportunities we currently offer, which involves placing songs with popular artists, as well as major TV and movie productions. As for projects that were not produced by our online music recording studio, less than 5% made the cut.
In summary, choosing Tunedly for your music production needs ensures that you work with the best session musicians for hire and receive finished projects that are at, or above, professional-level quality. This more than doubles your chances of getting your songs placed with a popular artist or a sync placement opportunity.

We just spoke about the higher likelihood of getting your songs placed when you produce your music with Tunedly. As mentioned above, we have included music publishing as one of our major services, in order to further assist you. We know that getting your songs heard by industry experts and the opportunity of exposure is a songwriting goal for many.
However, our approach to publishing is quite different from what is offered by other companies in the space. To begin with, our music publishing service aims to tackle one of the main issues faced by songwriters seeking placement; which is finding the right song that fits the opportunity description. Many songwriters can attest to numerous failed pitches, which fell flat for the simple reason that the song submitted wasn’t suitable for the opportunity at hand. Every company that offers song plugging opportunities currently leave it up to the songwriter to choose the best song from their portfolio.
On the other hand, Tunedly employs the use of a song-plugging tool, as well as an independent market research company to pick the most suitable songs for a given opportunity. This takes part of the responsibility of choosing the perfect song away from the songwriter and places it in the hands of people who have made it their jobs to do this. As a result, all you have to do is upload your song to the Tunedly song-plugging portal, and the rest is taken care of for you.
Of course, not all songs are forwarded for publishing opportunities. All songs still need to go through a screening process, in a similar fashion to traditional music publishing companies. But, here again, is where you can expect Tunedly to differ from what is offered by its peers.
You see, most companies that accept song pitches have one main reviewer, who evaluates the works being pitched. He or she makes the final decision as to whether the song gets forwarded to a music publisher, supervisor, or talent agent. Sounds pretty straightforward, except that there is a major flaw in that process; the reviewer can’t possibly be objective in their evaluation. He or she has personal preferences, good days, and bad days, etc. The truth is, if one person does not like your song, it doesn’t necessarily mean that it’s bad or not ‘industry ready.’
That’s why, with Tunedly, your submitted song gets run through a multiple-step vetting process, in cooperation with the music market research company I’ve mentioned before. This same company analyzes future releases for major labels such as Universal Music and Atlantic Records, to name a few. The point is, songs submitted to Tunedly for pitching are compared to and held to the same standards as songs such as Love So Soft by Kelly Clarkson, and other smash hits.
Additionally, the vetting process also includes critical listening by at least 40 people, as well as advanced algorithms, to determine a song’s market potential. At the end of it all, songs that meet at least the minimum standard of Billboard Top 100 hits and higher get chosen for music publishing deals. And to top this off, we even allow you to keep the songwriting rights, making it possible for you to earn higher royalty payouts.
So there you have it. Using our online music recording studio not only gives you the chance to connect with some of the best session musicians for hire but also increases your song’s production value in the process. Choosing Tunedly also gives you access to the only music publishing service that is fair, transparent, and effective in helping you to place your songs with artists, as well as in TV or movie projects. That’s more than enough reasons for you to get on board with Tunedly.
Chris Erhardt is the co-founder & CEO of Tunedly – the site you're on right now. ;) Tunedly connects songwriters and music creators to some of the world’s most talented session musicians, to create professional-sounding music, as well as helping you gain exposure through music publishing opportunities. He is a songwriter and producer, as well as a speaker at music events and tech conferences.