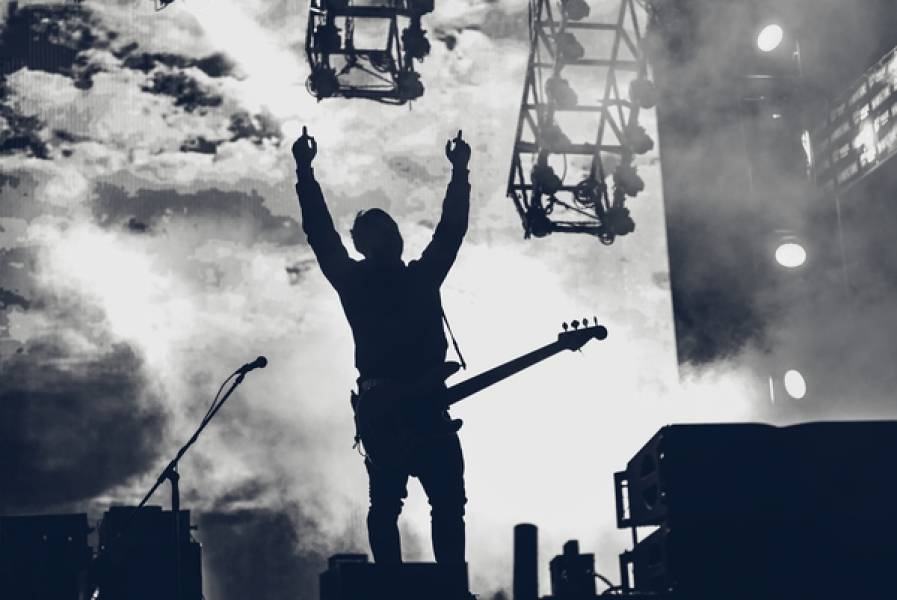 The Tunedly Team
July 17, 2019
It took a few years to get out of the blocks after its initial announcement but Songland is finally here. Currently at the halfway stage, and on a break until mid-August, the show has caused quite a stir in the first part of its inaugural season. Songland – NBC’s attempt to shed light on the mysterious world of songwriting – seems to have managed to carve out its own spot in the world of prime time talent competitions.
The show has featured the likes of will.i.am, John Legend, Meghan Trainor, Aloe Blacc, Kelsea Ballerini, and The Jonas Brothers as guest artists. It has also seen these artists picking songs, created by several aspiring songwriters, to record and potentially turn into hits. Overseeing all the action is a bevy of famous songwriters and producers consisting of Shane McAnally, Ester Dean, and Ryan Tedder.
For those who haven’t seen it as yet, that is a basic synopsis of what Songland is about. But there is a lot more that makes Songland a worthwhile watch, especially if you are a songwriter or interested in the business of songwriting.
Below are 5 reasons why Songland has been worth the wait.


The business of songwriting

Songwriters play a vital role in the music industry. However, their contribution and how they earn are sometimes unclear to the general public. For many onlookers, songwriting can seem like a rewarding venture. After all, some of the top earners in the music business are classified as songwriters (Mariah Carey, Jay-Z, Taylor Swift, et al). On the other hand, it is often a forgotten craft in the grand scheme, since the performing artists end up with the exposure and the credit for making the songs what they are.
What Songland attempts to do is create a link between the two thought processes – songwriters getting their songs into the hands of artists and how these artists then use them to entertain their fans. Of course, no one truly knows how the songwriters on Songland are getting compensated behind the scenes (Songland hasn’t disclosed the details of publishing contracts the winners would have signed). Still, one can learn a bit of the business, as it relates to the songwriting and song release process, simply from watching the interactions between the featured artist of each week and the songwriters competing to have their songs selected.
And it’s not just about songs being performed by artists. In the episode featuring Aloe Blacc, there was talk about getting the winning song for the night placed in the new spinoff from the Fast and Furious franchise. This represents one of the many ways songwriters can earn from the business of songwriting.

Writing a song is considered a highly-personal process. Yet, songwriting has become a more collaborative craft in recent times. That co-creating aspect has been laid bare on the screens for anyone who has watched any or all of the episodes in the Songland series so far.
Viewers have been able to see and hear the different perspectives brought by the accomplished songwriters on the panel, as well as hear feedback from the artists who the songs are being pitched to. From John Legend’s instructions to re-do the tone of the song on the very first episode to Ester Dean suggesting a Kanye beat on one of the entries, viewers are now able to experience, firsthand, the processes a song can go through – from the initial demo right up to the point it gets “cut” by the artist and producers who want to make it their own. Along the way, winning songs have been used almost in their original state while others have been greatly revamped to the point of being totally different (will.i.am's selection, for instance).

It is well-known that many songwriters can’t sing to save their own lives. With this in mind, it was unclear how Songland would manage to be an entertaining watch since the focus of the show was not on singing talent.
As it turned out, some consideration appears to have been given to the performance aspect of the show, with many of the contestants doing a decent job of vocalizing their entries to the delight of the viewing public. The competition between contestants, especially when the three top picks are vying to get chosen by the guest artist, is also helpful in keeping viewers immersed as they wonder who will come out on top. In addition, viewers seemed to have found entertainment value in the overall interactive theme of the show, as well as in the star power presented each week.


The talent on show

Songland, one would argue, has also highlighted the type of songwriting talent generally at play in the songwriting community. The talent pool on display so far, although skewed towards the pop audience, is somewhat a representative of the talent level existing in the wider market.
From lyrical dexterity to the ability to interpret a song emotionally when fusing the words with the music, the show has shown that songwriters with different skillsets can make a mark in different ways.


The future of music

NBC’s structuring of Songland seeks to capture how the current music industry operates, so far as exposing new music is concerned. But it also invokes thoughts about the future of the music industry, particularly as it relates to songwriting.
Technology has helped many songwriters chart non-traditional paths of recording their music and getting their songs out into the open. Songwriters who use Tunedly, for example, can have their songs turned into professional-sounding recordings and then have them picked up by artists or placed in major productions; all without having to go out looking for musicians or hunting down song pluggers on their own.
With NBC's Songland shedding more light on the songwriter’s life, in respect of the modern music industry, aspiring songwriters might get a clearer picture on how to navigate the business going forward.