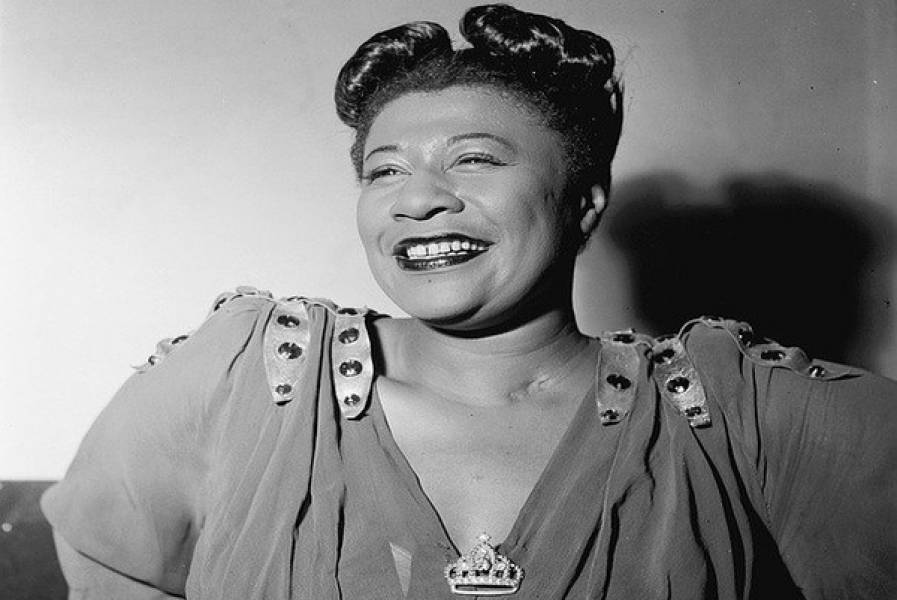 Women in Jazz and Life Lessons

The Tunedly Team
June 10, 2020
Whenever there is mention of famous jazz musicians, the conversations are often dominated by names such as Louis Armstrong, Thelonious Monk, Miles Davis, and other great men. But make no mistake, there are a number of equally iconic women who helped advance the genre. These ladies have created unforgettable pieces of music and left an immense legacy that inspired many of today’s stars.
Making music was never easy for most female jazz musicians. The almost complete male domination of the industry meant they often had to work twice as hard to get half the recognition of their male counterparts. Through it all, they left behind many life lessons relating to perseverance, rising above the odds, and kicking down barriers. Here are seven life lessons from seven powerful women in jazz.


Ella Fitzgerald: Be willing to pivot when necessary

Often referred to as “The First Lady of Song,” there are plenty of takeaways from the life and glittering career of Ella Fitzgerald. First of all, her ability to use her voice as an instrument is unmatched, even after so many years. As a jazz pioneer, she transcended stereotypes to the extent that audiences of all races and backgrounds paid attention at a time when the social divide was even more pronounced.
But one of the biggest life lessons from Ella came at the very start of her career. Legend has it that she entered a talent contest at the age of 17. She was not there to sing, but instead to dance. However, she soon realized that she was out of her depths after seeing the competition. Ella did not run away but decided last minute, right there on the spot, to sing instead. She ended up winning the contest and the rest, as they say, is history. The lesson here is to be willing to change course when you realize that a certain direction may not be in your best interest.


Billie Holiday: Work on developing your own voice

Born Eleanora Fagan, Billie Holiday is widely regarded as one of the best jazz vocalists ever. “Lady Day,” as many people referred to her as, was also headstrong about having her own distinct sound and style. She held on to this belief, even as many decision-makers around her were trying to get her to change her style to what was considered more mainstream at the time. She even fought physically with employers who tried to get her to sing differently.
In the end, Holiday’s decision to hang on to her own voice and develop it to the fullest extent resulted in her becoming the iconic figure she is remembered as today. The lesson here is for newbies in music, who may be groomed by handlers into trying to sound and look like a so-called accepted image. Sure, you might have influences. But once you know your value, it is important to stick to your guns and work on developing your own voice and style. In the words of Holiday, “If I’m going to sing like someone else, then I don’t need to sing at all.”

What many people don’t know is that Mary Lou Williams helped build the careers of an astonishing number of jazz musicians, including the likes of Louis Armstrong, Dizzy Gillespie, Thelonious Monk, and Duke Ellington, among others. She wrote tons of songs for these and other artists and even mentored many of them.
On top of helping others, Mary Lou Williams was also a genius-level jazz performer in her own right and tried new things with her music. Throughout here near 60-year music career, the exquisite pianist, composer, and arranger dabbled in ragtime, blues, stride, be-bop, boogie-woogie, swing, and many other jazz styles. This need to learn and experiment kept her style fresh and ensured she was always in demand wherever she performed. It all stemmed from having an open mind rather than sticking to a single formula, which is a sure-fire way to get stuck in sameness and mediocrity. As she once stated, “If we are to make progress in modern music, or if you prefer, jazz, we must be willing and able to open our minds to new ideas and developments.”

As early as the age of 11, Mimi Fox figured she had something to offer and decided she would charge a fee for it. The child prodigy, having realized her ability to play the guitar back then, started offering lessons, sometimes to people much older than her.
As the years progressed, Fox set up herself to earn in multiple ways from her talent. As a performer, she has worked alongside many of the whos-who in jazz and popular music, including Stevie Wonder, David Sanchez, Diana Krall, Charlie Byrd, Branford Marsalis, and many others. At the same time, she has toured extensively, taught at the Jazz School at U.C. Berkeley in California, lectured at NYU, and does workshops and clinics all around the world. As you can realize, she has built a full-fledged business from her talent as a jazz guitarist.

As one of the most celebrated voices in jazz, Nina Simone was quite outspoken at the height of her career. Described as the “Patron Saint” of the civil rights movement in the 1960s, Simone stepped on a lot of toes with her songs and social commentary. She was often painted as an “angry black woman” but over time, her style and delivery were vindicated.
Of note, she channeled her views into thought-provoking songs such as “Mississippi Goddamn” and “The Backlash Blues” to turn the spotlight onto racial injustices that prevailed at the time. The message was not lost on the black community, many of whom were emboldened to speak out and bring about real change. The lesson here is to not be afraid to speak up on social issues through your music. In the end, if your heart is in the right place, there will always be people who will be inspired by and appreciate your message.


Terri Lyne Carrington: Be a student of the craft

Born at a time when jazz was dominating the airwaves, Terri Lynne Carter was made aware of her uncanny talent as a drummer at a very early age. However, being a protégé didn’t mean she shunned learning. Throughout Carrington’s career, she has not only gone to school to perfect her craft, she has tried to learn from others in the field. Following her stint at Berklee College where she had private lessons, she spent some time listening to some of the great artists of the day, including Dizzy Gillespie, Clark Terry, Rahsaan Roland Kirk, and many others. She also honed her skills touring alongside Herbie Hancock, Wayne Shorter, Stan Getz, Dianne Reeves, David Sanborn, Diana Krall, and many others.
This immense exposure has led to Carrington perfecting her craft, which has surely come out in the quality of her music. Now an educator and producer herself, Carrington made history when she became the first woman to cop the Grammy Award in the category "Best Jazz Instrumental Album." She achieved this feat for her record Money Jungle: Provocative in Blue, which is a reimagining of the original work by Duke Ellington. She readily admits that her achievements were partly possible due to her desire to learn from those around her.


Regina Carter: Get an appreciation of the culture

When jazz extraordinaire Regina Carter was only two-years-old, her folks realized she had an extraordinary gift to play music by ear. Later on in life, the acclaimed violinist continued to impress while racking up an astonishing discography. But what has made her great was not just the ability to play an instrument she absolutely adores. Instead, what has helped Carter to continuously stand out is the need to understand the sounds she is playing.
This has led to her developing the ability to blend a variety of styles effortlessly, including Afro-Cuban with Classical and Celtic with Ugandan Jewish Folk. At the same time, her exploration of the deep musical culture permeating the wider industry has led to her working with popular artists across various genres. These include Mary J. Blige, Billy Joel, Richard Bona, and more. Researching the culture has allowed Carter to be flexible and comfortable working with jazz and contemporary sounds. This is an important skill to have in today’s world where collaboration among artists is driving success among music creators.
The contributions of these and other women have helped to enrich the music industry as it is known today. And while they have made a lot of music for millions of people to enjoy, their life lessons are also quite important to today's musicians and regular people everywhere.