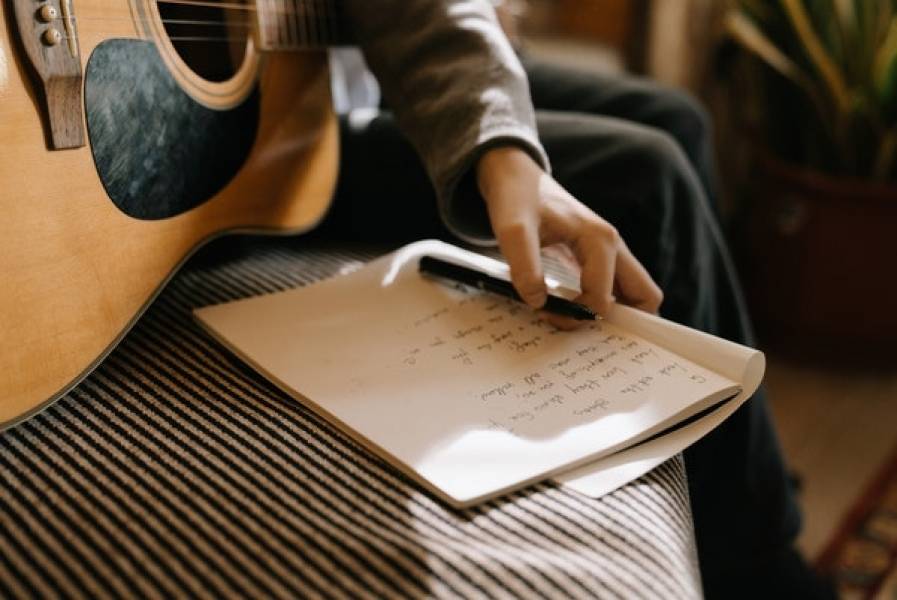 The Tunedly Team
August 26, 2020
If you have raised eyebrows based on the heading, don't worry - it's not a typo. Over the years, we have received many requests for tips on how to write song lyrics and we have obliged with articles on the topic. At the same time, we have also done a few double takes whenever the messages ask "how to wright / right song lyrics." Of course, we realize that these are misspellings, which is nothing to be ashamed of.
However, when you think about it, using either word is not entirely wrong. After all, the English language is one that is very strange when you think about all the rules that come with writing and speaking it. It's probably the only language that has multiple words meaning the same thing but spelled differently, yet have several words spelled the same way but have vastly different meanings (think "read" and "read" or "lead" and "lead"). And when it comes on to homophones, you can have a bunch of words with a similar pronunciation but separate meanings. For example "hair," "hear," "heir," "here," and "hare."
But enough of the English lesson on the nuances of the language, let's get back to the phrases at hand: "how to wright lyrics" and "how to right lyrics." As mentioned, these terms are not entirely incorrect. Allow us to explain.


How to "Wright" Lyrics

Let's start with the word under investigation here: wright. This is a somewhat archaic English word with Germanic origins meaning make, build, or repair. It is mostly used as a suffix today to describe different types of workers. That's why "playwright" means someone who is a creator of plays, shipwright means someone who builds ships, and wheelwright refers to a repairer of wheels. With that said, it is reasonable to conclude that asking "how to wright lyrics" could translate to how to create lyrics.
We have shared tips on doing just that, but let us summarize a few of them here for you once more:
- Pick a topic.
OR
- Start with an instrument if you play (example, guitar).
- Write down how the subject makes you feel.
- Start writing slowly - don't try to write (wright) too much all at once.
- Keep your lines short and to the point.
- Use four to six lines for each verse.
- Choose a line to emphasize in making a hook (chorus) which will be the catchiest part of the song. The more repetitive it is, the better.
- Don't worry about rhyming, it will come naturally and with practice.
- Work with another lyricist or musician (yes, this means you will have to share ownership of the song, but co-writing can be helpful in developing your skills).
- Once you have written a song, it is time to go through and refine/rewrite where necessary.


How to "Right" Lyrics

Okay, so right is one of those tricky words that have multiple meanings. It can be used as a verb, noun, adjective, or adverb. Among its meanings include:
1. The opposite of left
2. Moral goodness
3. To do correctly or accurately
4. A legal entitlement
5. A statement that something is true or factual
When it comes on to the statement "how to right lyrics," however, it really could be translated as "how to fix/ correct lyrics." This is where you would go through your already-written song and proofread/rewrite some parts to make it sound better. "Righting" your lyrics is a very important part of the songwriting process, so this is something we encourage.
To right your lyrics, here are a few things to keep in mind when reading them over?
- Do your lines flow together to create a cohesive story?
- Are the lyrics catchy enough?
- Is the storyline memorable?
- Does it contain at least one hook?
- Do the lyrics follow a suitable song structure?
- If someone replayed these lyrics to you, would you be interested?
To get your lyrics just right, you may also let a trusted friend, family member, or musician critique what you have written, and tell you what they think.
So, are you in the process of learning how to write, wright, or right lyrics? Whatever the case, it all makes sense if you are aspiring to be a better songwriter.