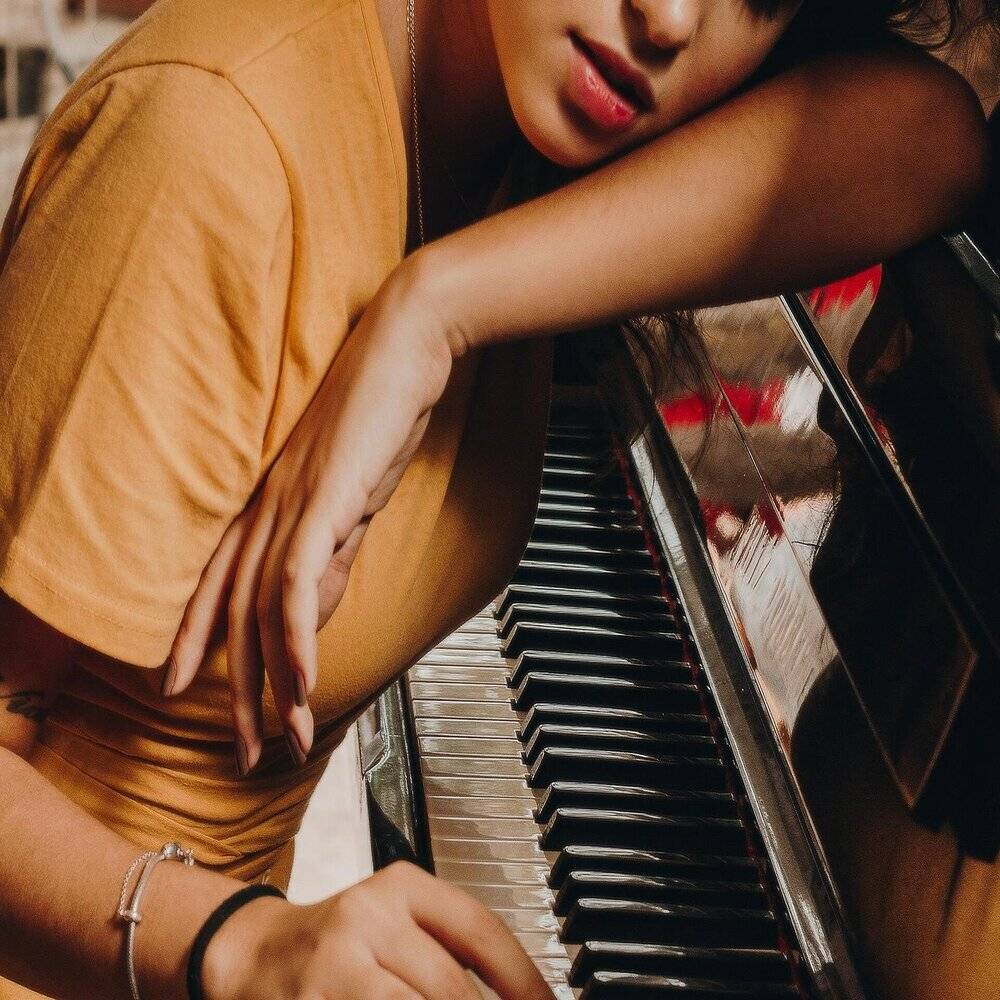 Thinking of ways to improve your songwriting skills? Staying up to date with music trends and best practices is one way you can keep getting better at your craft. Another recommended tip is to pay attention to the works of successful songwriters.

One of the top talents that have stormed onto the music scene where this is concerned is Olivia Rodrigo. The Disney actress turned singer-songwriter migrated from the screens onto the charts at the start of 2021 with the release of her song “Drivers License.” Just 17-years-old at the time, Rodrigo quickly lit up the airwaves with her heartfelt track. She has since followed up that impressive breakout with “Déjà vu” and “Good 4 U,” along with the release of her debut album called Sour. Not bad for a music career that began in the height of a pandemic.

As this was (and still is) a great feat for Rodrigo, it wasn’t long before music pundits started digging into her songwriting prowess. We were intrigued as well and decided to take a look. Based on the evidence, the teen sensation has managed to nail down one of the most basic foundations of good songwriting – telling a compelling story. Below are some takeaways from Olivia Rodrigo’s songwriting style that you may find value in.

All good songwriting tells a story, whether the song is about love and relationships or war and rebellion. When a song has a storyline, it pulls in the listener, piquing their curiosity to find out what happens next and how the sequence of events will play out. But how do you tell a story? It starts with knowing the parts that make up a story.

A good story consists of:

If you examine most forms of creative writing, this same structure is used in books, movies, case studies, and more, and it serves the same purpose – keeping the consumer curious. You want to keep this in mind when writing your song lyrics if you want to get good at telling stories with your songs. Since we are talking about Olivia Rodrigo, you can see evidence of this in “Drivers License,” as well as several other songs on her album.

In the case of “Drivers License,” Rodrigo details a story of heartbreak by linking the acquisition of a driver’s license with the loss of someone who she wanted to share the experience of driving with. Of course, there is an alleged juicy, real-life back story that many suspect the song is based on. But gossip aside, the songwriter expertly weaves her lyrics to lay out a heart-rending tale that many people her age would likely relate to.

The opening lyrics sets up the entire song by highlighting something significant that recently happened in Rodrigo’s life, as explained by “I got my driver’s license last week / Just like we always talked about.”

The conflict comes not long after with the lyrics “But today I drove through the suburbs / Crying ‘cause you weren’t around.” And then builds up to the chorus, which offers a bit of a conclusion at the end – “Cause you said forever, now I drive alone past your street.” The process is repeated in subsequent verses and even the bridge.

Most songs tell a story, but not all are compelling. The difference is often how the narrative is delivered. Today’s music listener wants more than just a story – they want a story with an actual plot, just as if they were watching a blockbuster movie.

What’s a story versus a story with a plot? Well, a basic story simple lists out a sequence of events. For instance, a story could include the following sequences: I woke up in the middle of the night / And went to look out the window. The air was icy cold / I went back to bed.

As you can see, it is a pretty straightforward narrative that does not spark much imagination beyond waking up and going back to bed. On the other hand, consider the following: I woke up at midnight / Because I found it hard to sleep. The air was cold and icy / And I realized how much I missed you.

In the second story, there is suddenly a why – actually two of them. The first why explains why the subject got up at midnight, while the second one pointed to the subject's state of mind as influenced by the air temperature. And that is what a plot is: the “why” of the story. So, how can you ensure you are creating plots in your story? There are certain transition words you can use either directly in your lyrics or in the background:

If you look closely, these plot makers are tied to the different parts of a story as mentioned earlier – the setup, the conflict, and the resolution/conclusion.

Going back to Olivia Rodrigo, “Drivers License” uses this same plot in the song's narrative. She introduces the song with the statement of fact that she just got her driver’s license. The song then takes a turn with the literal use of the word “but” in “But today I drove through the suburbs…” Finally, the conclusion is drawn with the following line “Guess you didn't mean what you wrote in that song about me,” followed by her driving alone.

Tapping into your emotions

By now, you should have a clear picture of how to tell a story with your song lyrics. But there is still one element that can make your story all the more convincing, and that is tapping into your emotions. No matter how smartly written your song is, it will likely fail to have a great impact if it does not strike an emotional connection with the listener. This is not about what you write, but how you put your words together by focusing on the feelings relating to the details of the storyline.

Olivia Rodrigo has actually hinted about this in interviews. In one particular exchange, she notes that she had been listening to sad songs and crying while driving around, prior to writing “Drivers License.”

"I was driving around my neighborhood, actually listening to really sad songs and crying in the car, and I got home and I was like, 'Maybe I'll write a song about this, crying in the car’," she pointed out in an interview with Apple Music’s Zane Lowe.

It’s safe to say the emotions were definitely transferred in the lyrics based on the song’s impact and the emotional delivery.

While there is hardly anything groundbreaking about the way Rodrigo writes her songs, what she does really well is stick to the basics of good songwriting. This is really important, especially for those just starting out with the intention of making a mark in the music business.