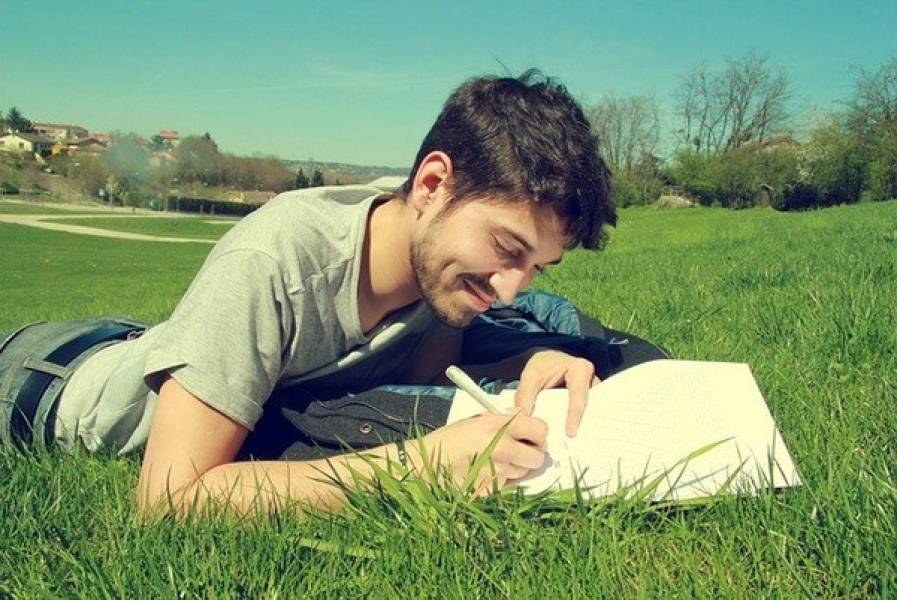 Writing Songs To Deal With Stress

With statistics showing an estimated 24.4 million Americans – or 8% of the population – suffering from Post-Traumatic Stress Disorder (PTSD) at any given time, there is high demand for effective treatments. One of the most promising interventions in recent times is using music, particularly songwriting, to help those afflicted overcome PTSD.

Using songwriting to reverse the effects of PTSD has especially found favor with organizations dealing with soldiers who have been afflicted. Programs such as Operation Song and Challenge America, for example, have been stomping the ground over the past few years, touting the benefits of teaching songwriting to army veterans who are having a hard time reintegrating back into society after serving. Similar programs, such as Songwriting With Soldiers, have been popping up as more evidence emerges that writing songs can be useful in supporting – or even replacing drugs and other methods of therapy used to treat PTSD.

PTSD in soldiers by the numbers

Overall, the total number amounts to hundreds of thousands of soldiers, including both veterans and current servicemen and women, who are battling with varying degrees of PTSD. On top of that, PTSD among soldiers can lead to suicide. The suicide rate among veterans is estimated to be about 30 out of every 100,000 per year, more than twice the civilian rate of 14 per 100,000 annually.

How songwriting helps with PTSD in soldiers

Although labeled as unconventional, songwriting as a treatment technique has led to many PTSD sufferers saying it helped them feel better. Soldiers in programs such as Challenge America, for example, have said learning how to write songs has helped them reduce their PTSD medication dosage while others have claimed it kept them off meds. But how does songwriting do this?

READY TO BRING YOUR SONGS TO LIFE? JOIN TUNEDLY NOW TO COLLABORATE ONLINE WITH WORLD-CLASS MUSICIANS

PTSD sufferers are usually not able to describe their feelings to others, which is essentially what leads to symptoms such as flashbacks, etc. However, writing lyrics allows them to express those feelings and thoughts in a non-judgmental and creative way, without having to go into all the details of whatever event or events that are causing the PTSD. Plus, the journey of writing a song – from learning how to become a songwriter to actually completing a recording – creates a sense of accomplishment. For Tunedly customer and retired army veteran Vince Campbell, who also happens to have been diagnosed with PTSD, songwriting has meant a whole new lease on life.

Songwriting therapy for civilians with PTSD

Songwriting is not just used as therapy for soldiers suffering from PTSD, the treatment has also found favor with members of the general public faced with the problem. While civilians are not subject to war situations like soldiers, they can also develop PTSD from a number of traumatic events, including motor vehicle accidents, natural disasters, fires, assault, and witnessing death or violence.

Using songwriting as therapy for civilians works much the same way as it does for soldiers; the act of creating music with words and instruments allows them an outlet for repressed/hidden feelings and thoughts. And it’s not just for adults, studies have found that children who have experienced trauma were more successful in overcoming the effects through music therapy, including songwriting.

Dealing with PTSD can be a long, hard journey for those afflicted with the mental disorder but it’s possible to overcome through proper treatment techniques. If you or anyone you know is afflicted, maybe committing more time to songwriting and co-writing with others could provide you with some success. And even if you don't have problems with stress, you could consider suggesting the art of songwriting to those around you who do.

The fact that songwriting also comes with other long-term potential benefits (such as royalty cheques and even fame) is another great reason to invest more time in penning tunes.

READY TO BRING YOUR SONGS TO LIFE? JOIN TUNEDLY NOW TO COLLABORATE ONLINE WITH WORLD-CLASS MUSICIANS