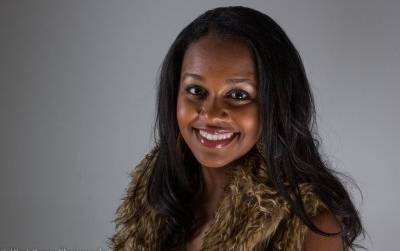 Ashley began singing professionally from the age of 4, and continuing with the Washington Performing Arts Society's Children of the Gospel, where she was afforded opportunities to perform at many venues, including the Kennedy Center Honors, the presidential inauguration ceremonies of William Jefferson Clinton, and to sing "The Impossible Dream" for King Juan Carlos at the opening of the Guggenheim Museum in Bilbao, Spain. While in high school, she won many awards including the Maryland Distinguished Scholar Award and the MENC (The National Association for Music Education) National Young-Composer award. While studying at Western Michigan University, Ashley was a member and Assistant Director (during her second year) of Gold Company, one of the top collegiate vocal jazz groups in the nation, under the tutelage of Dr. Steve Zegree. Gold Company has performed at many venues including Jazz at Lincoln Center in New York. Ashley and the other five members of the Gold Company sextet, received the Downbeat Award for "Best Graduate Vocal Jazz Performance" in 2012. She has recorded demos for Hal Leonard, and background vocals for several artists. Ashley is currently a performer and Adjunct Professor of Jazz Voice.