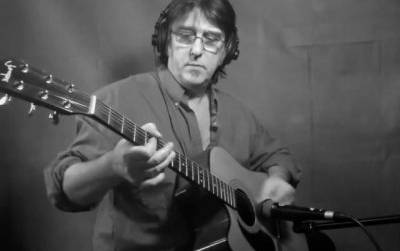 Claude learned to play the guitar when he was 15, starting out with some good 70s Blues and Rock n’ Roll. Soon after, he joined a few bands and began playing live with them. Later on, while in Paris, he played with a rock band called “Connection.” The band performed in many clubs, bars, and theaters throughout the city and eventually signed a big record deal. During that time, Claude started experimenting with Samba and Jazzy tunes and, after a while, decided to move on and start his own band. Claude wrote and composed all songs for his new band, totaling three albums in the 90s. Later on, he found his way back to his roots – the Rock and Blues scene, joining the band “Baron Rouge,” where he played live, as well as recorded a mixed French and English album. Claude spent a lot of time on the road, touring with the band, before deciding to go solo again. This time around, he became a session musician, putting his years of experience in the business to write and produce music for others. To date, Claude has produced songs for numerous bands and solo artists, including the band “Hammerstock.” Today, he's honored to be the only project manager from France currently working on Tunedly, and representing his country well!