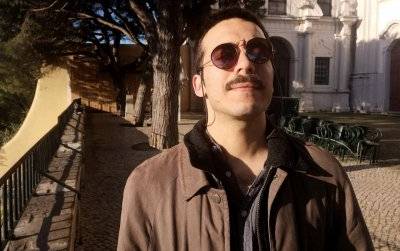 Raimundo is a Portuguese singer, composer, producer and guitarist. He started playing guitar when he was 10 years old and throughout his teenage years he experimented with the first bands and the writing of songs, on the guitar or the solo piano. While studying in Porto, he became familiarized with Jazz and the singer/songwriter performance in several bars and pubs in town. Later he moved to Lisbon to study Jazz in University, having had the chance to study with Portuguese and Spanish top jazz musicians. Whilst living in the capital, he started working with a cinema production company called Videolotion, composing soundtracks for their documentaries, web series and feature films. In 2016 he spent the most part of the year working as a guitar player for a Funk band on board of the Jewel of the Seas, a Royal Caribbean Cruise Ship. This experience led to the growing wish to write songs in a pop format, bathed in jazz and in his recent love for electronic music. He is currently singer, mentor, and songwriter for Whosputo, that just released their first album.

Playtime on national radio with his band's newly released Album