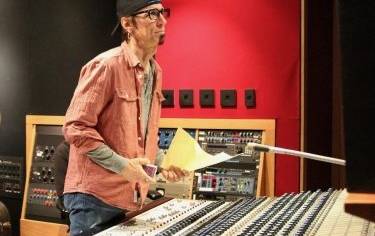 Emmy Award winning songwriter, Trey, moved to Nashville just in time for the 1990s Country Music boom. Trey was a rock drummer from Memphis so...what could go wrong? He credits a copy of Springsteen’s “Tunnel Of Love” as the bridge he had to cross to make the trip, lyrically & spiritually. Luckily, as an unpublished songwriter, Trey’s first demo got cut almost immediately by Shelby Lynn and was a top 15 hit so, as a result he signed his first publishing deal with MCA Music in November of 1989. During the MCA years Trey had a few minor cuts and then, his first #1 single ever, on Randy Travis called, “Look Heart No Hands”. The rest is history: Trey received 13 ASCAP Awards, an Emmy Award, ten #1 singles, multiple top 5 and top 10 radio hits and an Academy Of Country Music, Song Of The Year nomination, while working with artist such as Randy Travis, Back Street Boys, Faith Hill and Katy Perry, to name a few. To make a complex story really simple... Trey loves writing songs and making records. The sentences above are just a quick scan of over 25 years in the music business from Nashville to around the world, and back! It would take a river of coffee and a mountain of guitars to really tell the story of this true, troubadour prisoner.