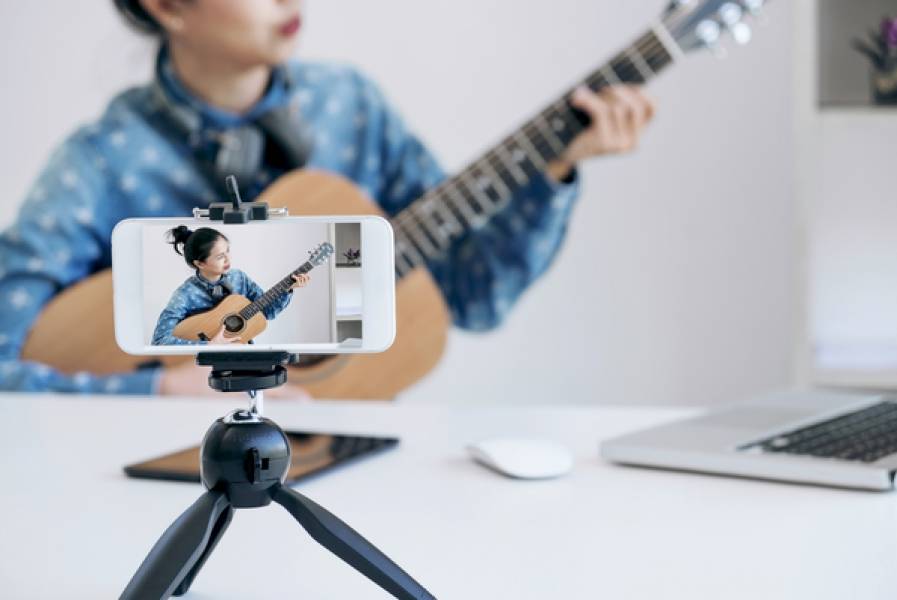 All About Symmetry in Music

The Tunedly Team
May 13, 2019
How much do you know about symmetry in music? Have you ever used it in any of your projects? It may not be a necessary topic for you to explore but understanding symmetry in music can make you look at your creations from a whole new perspective, especially if you play an instrument or edit your own tracks.


What is symmetry? Symmetry is a term used in mathematics and branches of physics such as quantum mechanics, which we mentioned in our article about quantum music. It has to do with repetition in shapes and patterns that have been transformed in some way. When you stand in front of a regular mirror, the image looking back is said to be symmetric since it looks just like you. Likewise, your body has a left and right symmetry, if it is divided down the middle by an imaginary line. Recurring patterns in objects such as tiles and wallpaper, as well as in nature (flowers, plants, crystals, etc.) often contain repetitive symmetry.

Dots Symmetry GIF from Dots GIFs
As it relates to music, symmetry has to do with likeness in sound waves that have been transformed. Like the physical world, there are several different perceptions of symmetries in music. These symmetries have been known about and studied for many years, especially in the classical music community. Hungarian composer Béla Bartók, for instance, became known for - among other things - taking inspiration from the Fibonacci sequence and using golden ratios to create symmetries in his musical compositions.
The average musician of today probably would not be interested in such an in-depth use, or knowledge, of symmetry. Nonetheless, we thought it would be a cool thing to at least know about the different types of symmetry in music.
- Pitch translation
In music (as well as speech), pitch has to do with variations in vibration frequency. Pitch translation symmetry involves adding an interval to music notes that leaves the frequency variations unchanged.
- Amplitude scaling
By turning up or turning down the volume of the music you’re listening to, you’re basically creating this type of symmetry. In the music production process, audio engineers can turn up or down some aspects of a completed recording they are working on to get the musical quality they want to achieve. While the final tune can sound quite different from the unmastered recording, it is, essentially, the same piece of music.
- Pitch reflection
This has to do with consonance between different pitch values. The two most-often compared values is A to C, where the A minor home chord is considered a reflection of the C major. While the music is obviously changed, progressing from one chord to the other, the degree of consonance between the two is more or less the same.
- Octave translation
With an octave being an interval of eight tones, an octave translation symmetry is sort of like a pitch translation. However, an octave translation can be applied more broadly. For instance, an octave, or multiples of it, can be used to dial up or down the individual notes within a chord.
- Time translation
This type of translation means playing the same piece of music at a later time in a composition.
- Time scaling
In time scaling translation, the same piece of music is sped up or slowed down. The quality of the sound does change in this scenario but there is still symmetry because it’s essentially the same rhythm being recreated in another tempo.
One a side note, symmetries in music aren’t considered as perfect when compared to symmetries in the physical world. For example, if a pitch translation is too large, the resulting frequencies might become inaudible even though the pitch variations are unchanged. Likewise, in amplitude scaling, turning up a music part too high can lead to distortion.

On the surface, making music is simply arranging sound waves so that they are perceived as pleasant to the ears of an intended audience. But underneath it all, there is a lot going on; aspects of music creation that most people might not think of unless they study music theory, production, or other areas of the art.
Either way, it’s a fascinating subject. If you’re into music at any level, whether songwriting, composing, producing, or performing, learning as much as you can about the craft, including topics such as symmetries in music, can only help you get better at what you do.

You Can Write Good Lyrics Too

This article is designed to help you understand the importance of writing good lyrics. It is important to know what makes a good lyric so that you can write them effectively.