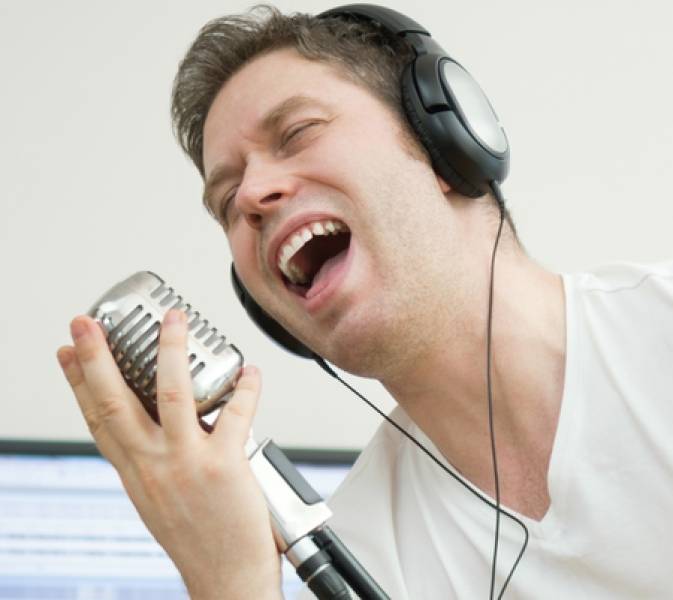 The Tunedly Team
July 15, 2019
One of the important elements of an outstanding song is a superb vocal performance. If you are looking to record a song and lack singing talent, you will want to seek out one or more trained singers to provide lead and/or background vocals.
The good thing is, it is not difficult to find singers. In fact, songwriters can easily connect with trained session singers, nowadays (Hello, Tunedly is here to help!). But while singers are in abundance, picking the most suitable vocalist for your song requires some thought. For starters, you want to select singers that have been vetted beforehand - when you scroll through the profiles of singers on our website, you will see that we made this a priority.That’s because the singer you choose can make or break the song, regardless of how great the songwriting is.
There are a few things to look out for when choosing the best singer for your written songs.


1. The right sound and style

Every singer has a unique sound and style of delivery, which are separate and apart from their ability to actually sing. Some have upbeat tones while others to tend to be more soulful. Some can be sultry and smooth belters while others might bring a gritty or rasping edge. Different singers also specialize in different genres as well – they can claim a pop, rock, contemporary, or jazzy-blues sound, for instance.
Of course, most singers have the ability to perform in various styles but even then, they tend to have one that could be described as their strong point. That’s one of the things you need to listen for when choosing a singer – the sound and style they are most comfortable performing in, and which best fits the song you want them to sing. Performing in a style and sound that comes most naturally for the singer will allow him or her to be more comfortable and be able to give their best.

In addition to having the right sound and style that works with your song, you should also listen for the singer's own signature sound. It might seem awesome if a singer sounds a lot like a well-known vocalist, such as a Celine Dion or a Bruno Mars. But this could actually work against you when you try to pitch your songs to other artists. That’s because they might feel you originally set out to create a song for the specific artist your singer sounds like. It is easy to see how a song could wind up getting rejected in such a scenario, even if it's a great song. So, while you want to pick a vocalist who sounds as good as artists known for their singing prowess, you want to make sure they have their own, unique sound.

In any sphere of life, it is always refreshing to deal with people who display a professional attitude. Having a good attitude includes:
- performing to the best of their ability every time
- being open to suggestions and corrections (checking the ego at the door)
- being approachable
- taking your project seriously
A singer with the right attitude can make the music-making experience so much more rewarding. Working with someone who behaves like you’re asking for a favor (even if you are) will only make the process more hassling than it should be.

If you pay for studio time, you will appreciate the ability of a singer to get in and get the job done in a quick and efficient manner. That’s not to say you should rush your singer; at the end of day, you want the best possible vocal performance, not the speediest. However, a singer taking an abnormally long time in a singing session (whether due to being unfocused, unprepared, or just unprofessional), will end up costing you more than one who manages to deliver a great performance in an acceptable length of time. If you are not sure how to judge singers on their speed or don’t want to deal with the hassle of going to an actual studio, you can always leave it up to the pros at Tunedly.

The beauty of a singer’s voice can easily be lost if they don’t know how to handle singing in a studio setting. Great singers know that recording vocals in a studio is vastly different from performing at a live concert, for instance. To begin with, apart from the studio engineer and musicians that might be present for the recording session, the singer won’t be getting much emotional feedback (if any at all) as they would from singing in front of a crowd. With that said, the singer you choose should already have honed the ability to accurately interpret the songs they sing in studios, in terms of emotion and delivery.
In addition, an experienced singer will know how to pay attention to the acoustics of the studio and the equipment being used, especially the microphone. Knowing how to operate the mic properly to ensure clarity of sound and avoid popping sounds while singing is an art in itself that only skilled singers can master.
Being skilled in the studio also means being able to provide additional vocal work such as background vocals and harmonization. A singer who can go back and record additional backing vocals and harmonies for high points of the song can be rather valuable, especially if you can’t afford to hire additional singers but want a useful recording. And even if you can, a singer being able to enrich the harmony and vocals will leave you with a solid demo that will only enhance the song and make it easier for any additional singers to improve upon the vocal mix.

It should go without saying but before you choose a singer, you want to make sure that they can sing really well. Being able to sing has several components, starting with a tone that is pleasing to the ear. But professional singers with strong vocal ability know that this is not enough. Vocal range, pitch, clarity, enunciation, stamina, staying on key…these also come into play. How do you determine if a singer has the level of singing talent you are looking for? You will be able to tell by listening to them sing, including sample recordings and live performances.
Choosing the right singer after you're finished writing will help to determine the quality of your song and how well listeners connect with the message. If you are in need of vocal talent, the Tunedly Team has been connecting songwriters with professional singing talent for several years now. We would be happy to help.