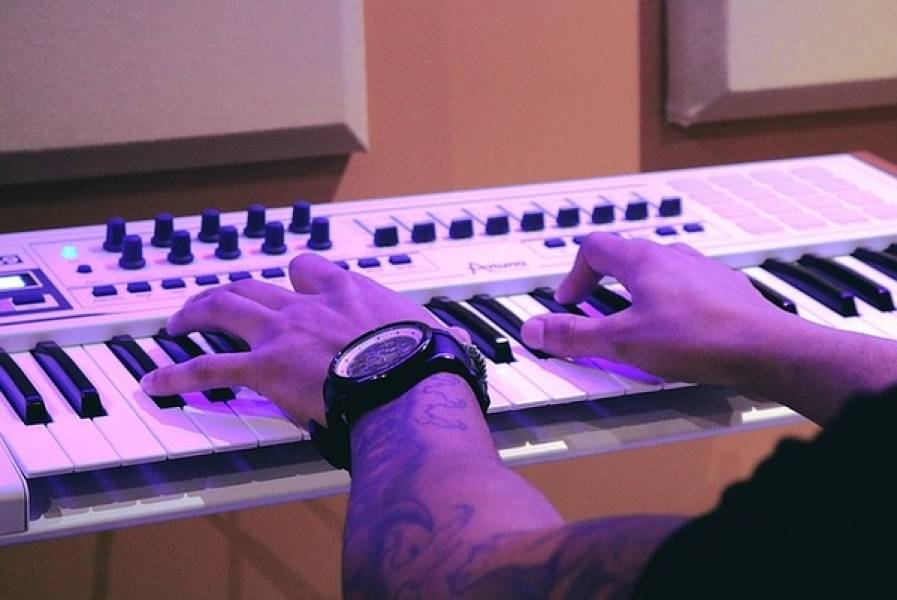 The following article was created in cooperation with Austin at Consordini.comÂ
March 29, 2019

For home studios and professional recording studios alike, a keyboard is an integral part of any setup. Most compositions start on a keyboard because of its versatility.
With one keyboard, you can program an entire track, which is why they are often the centerpiece of a studio.
When it comes on to choosing the right keyboard for your recording studio, you need to consider several things; not only the quality of the keyboard but how it specifically benefits your studio and your style.
Here are some of the things you should consider in making your decision.

As a musician/producer you have to get the most out of your time to make it work. When adding any new hardware to your recording studio, you need to think about your workflow.
Improving your workflow is about maximizing your productivity. In other words, creating higher quality work more efficiently. As a general rule, if it doesn't improve your workflow then you probably don't need it.
Before you even start to think about the musical impact the keyboard will have, think about the obvious things. Like, how much space do you have? If your studio isn't much bigger than a 4ft x 4ft desk, then an 88-key workstation isn't for you.
A good studio keyboard has to physically suit your layout, so things flow well. Otherwise, working will become tedious very quickly.
If you have any kind of studio then you will have a favorite DAW. Whether it's Logic, Pro Tools or Ableton Live you should consider how a keyboard integrates with it.
Many keyboards have lots of knobs/sliders that you can assign to various parameters within your DAW. This means you can manipulate sounds/effects in real-time as you play without needing to return to the computer. Even simple transport controls on the keyboard like play/record can help keep your flow going.
So, think about the things that seem so obvious they often get overlooked. Don't spend a fortune on a studio keyboard if it isn't the best for your studio.


What's the best keyboard for a recording studio?

Different recording studios have different requirements, workspaces, and budgets but there are a few keyboard types to consider:
Keyboard workstation
Keyboard workstations are the combination of a keyboard, a sequencer, and a sound module. They are very powerful tools for composition and usually come with 61, 76 or 88 keys.
Keyboard workstations allow you to record, arrange, and sample without a computer then export to your DAW. They can be used as a MIDI controller too, but for studio use, they are more often bought for specific sounds.
Workstations like the Yamaha MOTIF and Korg KRONOS have some signature sounds that are highly sought after.
Digital piano
The biggest reason to consider a digital piano is that it's built to feel and sound as close to a real piano as possible. If your main need for the keyboard is to record piano, then this might be all you need.
Most, if not all, modern digital pianos/keyboards will have MIDI capabilities too. So, if there are times when you need to use VST's or external sound modules, it can become a MIDI controller. In theory, this gives you the best of both worlds, a great piano, and a controller when/if needed.
Midi controller
The downfall of a pure MIDI controller keyboard is that it is not a standalone instrument. They cannot be used without a computer or an external sound module.
In the context of recording studios, this is also their best asset in my opinion. They are purpose-built to integrate with other hardware and software. While you can use a workstation or digital piano as a MIDI controller you are unlikely to find the same level of integration.

All keyboard types come with different options for the number and weight of keys. Again, the first issue is space, think realistically about what fits your recording studio setup. Secondly, having space for 88 keys doesn't mean you need 88 keys.
You have to think about what kind of recording you will be doing most. If you're a jazz/classical/film composer, then you probably want all 88 keys without using an octave up/down button. If you are a beat maker, composing hip hop or EDM tracks, for example, 25 keys could be perfect.
The same applies to the weight of the keys, if you don't need to record really subtle dynamics in your playing, then you don't need fully weighted keys.

The reason workstations and digital pianos are generally much more expensive than MIDI controllers are because of the built-in sound modules/engines. However, these days even professional studios use VST's and audio plugins more than ever.
It's personal preference, but in my opinion, VST's like Keyscape and Omnisphere from Spectrasonics are better in quality than any sound you will find in a workstation or digital piano.

In my opinion, the best keyboard for your recording studio is a good MIDI controller. Workstations are more of a luxury than a necessity in most cases. Digital pianos are great for playing piano but offer less versatility.
MIDI controllers, in general, are cheaper than both alternatives. You don't have to sacrifice sound quality because VST's are so good now they are commonly used on hit records. You have lots of options from 25 keys to 88, velocity sensitive to hammer action, fully weighted keys.
With keyboards like the Arturia Keylab range, for example, you have enough rotary dials and sliders to control every aspect of any plugin/VST straight from the keyboard.
For these reasons, I think the best choice for your recording studio is a MIDI controller.
Austin is the founder of Consordini.com, a website dedicated to musical instruments and music production. He has also recently launched a YouTube channel that has plenty of useful information for those making their first steps in recording.
Disclaimer: Please note that the views expressed here do not necessarily reflect those of Tunedly.