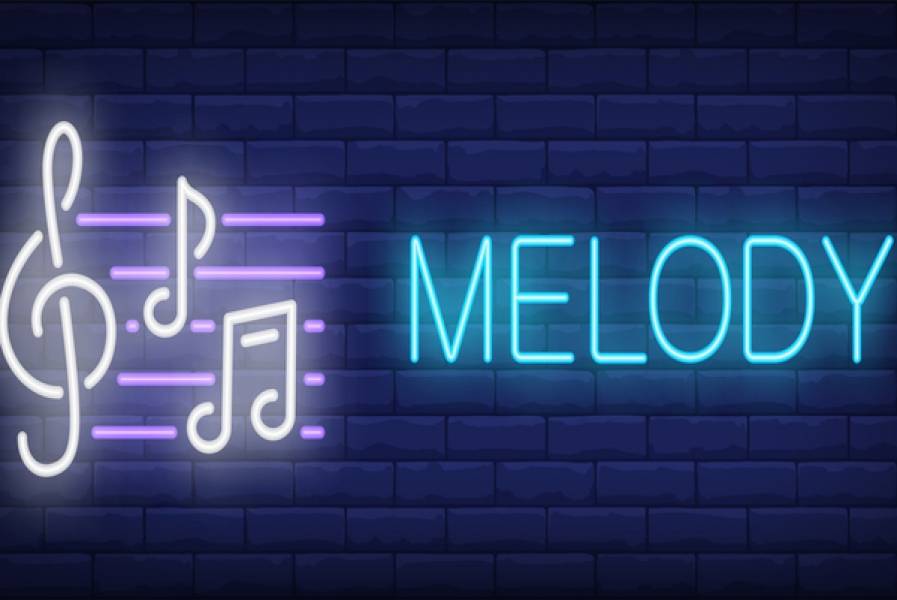 The Tunedly Team
May 29, 2019
Here at Tunedly, one of our underlying values is to share content you can, hopefully, use to educate yourself and elevate your music career. Our cause is justified if, by reading our articles, you are able to learn something new that you can apply to your craft.
That’s why we share a diverse mix of posts, from discussing the sticky subject of protecting your legal rights as a musician to dishing out unusual songwriting tactics. This time around, we have decided to shed light on 10 often-used terms in songwriting/music.

The melody is considered the most important component of any piece of music since it is the most memorable part. Simply put, the melody is the sequence of notes that make up a particular tune. It’s the signature sound that sets apart a song or music composition from all others; the series of notes – however fast or slow – that help you to recognize which song is being played, even without hearing a word.

To add harmony to a piece of music means to combine two or more pitches vertically (at the same time) instead of in a series; how it differs from melody. This is usually done in groups of three notes, which is referred to in music theory as a chord or triad. Harmonies are used to harmonize a melody by inserting additional notes that make it sound richer and more pleasing to the ear.

Another well-known component of music, rhythm refers to the length of notes as they flow in a piece of music. Often used interchangeably with the term beat, they are not the same thing. The measurement of time between beats in a piece of music is what produces the rhythm. It’s the underlying framework that creates the groovy feeling that makes you want to move a part of your body when you listen to music.

How well notes work together to create a particular sound in music is dependent on the way they relate to each other. A key is not a pitch, rather a grouping of pitches that are so used, usually because they have something in common. For instance, they are usually from the same scale, which is a collection of notes that often have the first and last as the same. The first and last note, which can also recur several times throughout the piece of music, is also called the home or tonic note. Keys can also be made up of tonic chords. Recall that a chord is a combination of three notes.

Music is made up of a combination of sound waves vibrating at varying frequencies. The height or depth of an individual sound defines its pitch or frequency. For example, a single sound with a frequency of 800 hertz is considered high-pitched while one with a frequency below 100 would be at a low pitch.

Not to be confused with the metric measurement, meter in music describes the regularity of beats in a piece of music (there’s that word “beat” again). It’s different from the rhythm too. Meter is how the rhythm is broken up so listeners, including other musicians, can keep track of the direction of the music. A common meter used in popular music is 4/4, where four beats make up a segment of the music and determine how often they re-appear.

This is another element of music that has to do with the timing and, similar to rhythm and meter, depends on the beat but differs. In modern music, tempo measures the number of beats per minute (bpm), determining whether a song is fast-paced, slow, or in between. Tempo also helps in classifying a song, whether as groovy, exciting, emotional, or up-tempo, etc. For example, a song that has two beats per second, or 120 bpm would be considered fairly fast and would probably be used to get the crowd moving. In Italian classical music, tempo is broken down into several speeds, ranging from Grave (20 – 40 bpm) to Prestissimo (178 bpm and over).

Used in live performances and recording sessions, backing tracks are pre-recorded pieces of music that are used for singing along to or for adding other instruments. Backing tracks can be instrumental recordings (live instruments or MIDI) or recorded vocal arrangements. They are used in situations where it would be impractical to have the required track played live. Having a backing track makes it easy for the different parts of a composition or live performance to be blended, creating a fulsome sound.

An ad lib is simply an improvisation, although the term pretty much has the same overall meaning in other areas of life where it might be used, such as when giving a speech. In the realm of music, however, ad lib (short for the Latin ad libitum, which means “at one’s pleasure”) is a common term used in jazz music to indicate that the performer is introducing a totally improvised solo addition to the main piece of music. It can also mean the entire composition is being improvised on the spot, but based on an original melodic structure. In genres such as pop and rap, performers may fill spaces or to create emphasis by using slang phrases and sounds as ad libs.

In music, an echo occurs when a particular sound is repeated to create an effect. In audio recording, this repetition is often achieved by adding a delay effect, which produces an echo at a lower volume and lesser in strength when compared to the original sound. An echo is used to add depth to a passage in the piece of music being played.
Part of becoming the best songwriter you can possibly be is to know the meaning of, and differences between, various music-related terms used in the craft. By learning about some of the commonly-used terms in songwriting, you will become better able to construct songs that are distinct from each other while connecting in different ways with the listening public. While this list contains some of the most popular terms used in modern music, there are numerous other music terms you can learn to help bolster your creative mind.