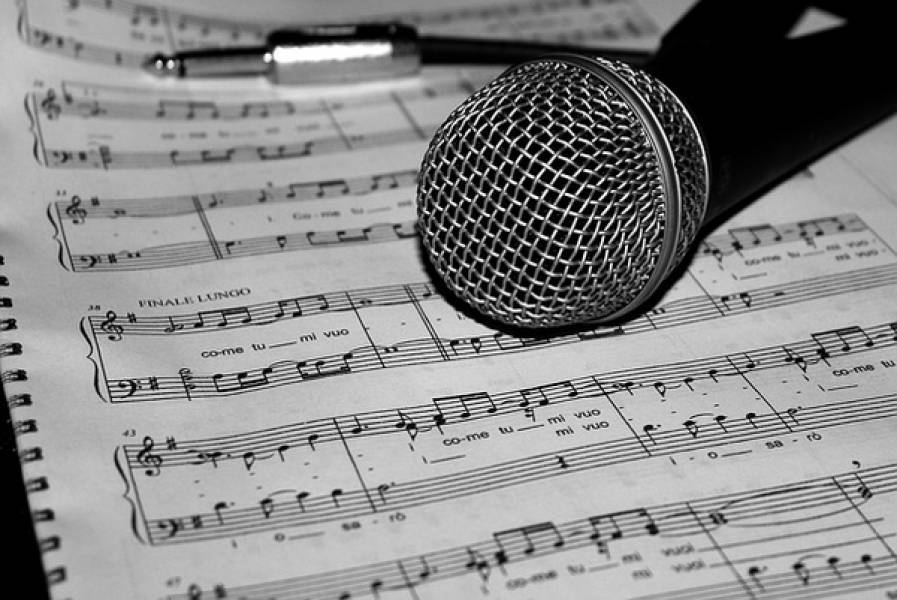 In today's pop-driven music market, it might seem that most popular songs simply sound the same. But if you listen more closely, you’ll soon realize that there are several song structures at play that help to differentiate each recording. Song structures basically refer to how a song is organized, using a combination of different sections or parts of it.

Lyrics, melody, harmony and a list of other song elements are vital in every song composition. In addition to these elements, the structure of a song is also an important feature the songwriter has to think about when creating. As a songwriter, knowing the most common song structures will only help you become better at creating excellent songs and make it easier to set your music apart from what's already out there.

As already mentioned, structures are formed from the arrangement and combinations of the different parts or segments that make up a song. These arrangements can be altered in plenty of varying ways depending on the creativity of the writer. But there are some very common structures that are already being used in today’s music. In one of our recent articles, we discussed extensively two of the segments of a song that are inherently consistent in every structure type created, The Intro and The Outro. With these already explained concepts in mind, here are the other sections that make up a song:


- Intro: Whenever used, the intro sets the tone and sets the listener up for what comes next. It usually lasts a few seconds, sometimes repeated – think Gaga’s “Bad Romance” with the repeated intro "Oh-oh-oh-oh-ooh, Oh-oh-oh-oh-oh-oh/ Caught in a bad romance" – or it can be a bit of vocalization – the intro for En Vogue’s “Don’t Let Go,” for example.

- Verse: The verses are where most of the song’s story is told. Since they are usually wordier, they are often the parts the listener has to take time getting to know because they are not as catchy as the hook/chorus. However, if a verse is well written or contains a refrain (repeated section), it can be just as "hook-y."

- Pre-chorus: When used, the pre-chorus helps to keep the listener interested as the song transitions from the verse to the chorus. It can also be seen as a teaser, setting the listener up for the climax of the chorus.

- Chorus: The catchiest part of any song, the chorus is also often the most dramatic segment. It is sometimes more repetitive than the rest of the song, driving home the point or message of the song, allowing it to remain in the listener's head long after the music has ended.

- Bridge: The bridge is another transitionary element of a song that is often used to provide an unexpected change of direction to keep the listener engaged before going into the final chorus or back to the first verse. It can be at a slower or faster tempo and is often sung in a different key/melody from the rest of the song. It can be a totally new set of lyrics or can be a revamping or reusing of the refrain or intro, such as in “…Baby One More Time” by Britney Spears or “Here With Me” by Dido.

- Outro: This is basically how you end the song and can have a varying number of approaches. Some songs end on a high, immediately after the last bar of the final chorus, while others fade out with the chorus still being sung or a set of words (like the title) being repeated. Some may even have the singer saying or humming something that leads into the end of the song.

- Hook: Not necessarily a song part, the hook is often a repetitive phrase or set of words that are meant to get stuck in the listener's head. For that reason, the chorus sometimes becomes the hook of a song by default but the hook can be in the opening lines of a verse, in the pre-chorus or in the refrain. A song can have more than one hook.

Now that you know the different parts that make up a song, let’s look at the most common song structures:

This is the most commonly used song structure in today's popular music and appears widely in the mainstream genres of pop, rock, R&B, and country music. The structure translates to verse-chorus-verse-chorus-bridge-chorus where the verses are often different but the choruses remain the same. A common variation on this song structure is the addition of a pre-chorus (verse/pre-chorus/chorus/verse/pre-chorus/chorus/bridge/chorus). There are tons of popular songs across different genres that use this song form, including "Ain't Nobody" by Chaka Khan, "Beneath Your Beautiful" by Labrinth featuring Emeli Sandé, and "Blame" by Calvin Harris featuring John Newman.

Unlike its longer cousin, the ABAB song structure doesn’t include a bridge. It’s a standard verse-chorus-verse-chorus format, which keeps things simple. However, it doesn’t necessarily mean songs with this structure are always basic. There are many groovy songs, such as “Nightshift” by Commodores and slower-themed anthems such as "Angels" by Robbie Williams that use this format. The use of a pre-chorus in songs with the ABAB structure can sometimes add to the song's dynamism. “Smooth” by Carlos Santana featuring Rob Thomas with the section “And if you said, ‘This life ain't good enough….’” is one such example, as well as Michael Jackson’s “Bad” which has a pre-chorus starting with “Well they say the sky’s the limit…”

In the AABA song structure, the 'B' becomes a bridge instead of a chorus and translates to verse-verse-bridge-verse. As a result, songs with this make-up have no chorus. However, the verses often have a refrain, which is one or two repeated lines at the beginning or end. The words of the refrain are often (but not always) the title of the song. In order to keep songs with this structure from getting boring (since there is no chorus), the singer will often use melody variations and key changes in the verses. Popular examples of songs that use the AABA form are “What A Wonderful World” by Louis Armstrong, with the refrain being “And I think to myself/What a wonderful world” and Led Zepellin’s “Rock And Roll” where the refrain is “It’s been a long time, been a long time/Been a long, lonely, lonely, lonely, lonely, lonely time.”

Like the AABA song structure, there is no chorus involved in this format, and neither is there a bridge. A refrain is what is used as a hook. Also, like the AABA format, melody variations and key changes are required to keep songs with this structure from becoming monotonous. The AAA song structure is not used much in popular music but many children songs, hymns, and folk songs bear its signature, including “Kumbaya” and “Mary Had a Little Lamb.” As it relates to popular songs that use the AAA format, they include Bob Dylan’s “The Times They Are a-Changin'” and “Bridge Over Troubled Water” by Simon and Garfunkel.

Other lesser used song structures include the ABAC (also called a Rondo), where the A part keeps recurring throughout the song. Bing Crosby's "White Christmas" is a popular example. There are also some songs that start with a chorus instead of a verse, such as "Time of My Life" by Bill Medley and Jennifer Warnes or, more recently, "Animals" by Maroon 5, both of which result in a song structure that is the reverse of the ABABCB.

Another thing to bear in mind is that some songs throw total caution to the wind by not following any particular structure. "Bohemian Rhapsody" by Queen consists only of several verses strung together while Police's "Every Breath You Take" seems to start off as an AABA format before ditching the script. "Summer" by Calvin Harris is also nothing more than two verses that are repeated without any real chorus.


With that in mind, while it's good to know all the different song structures as a songwriter, don't be afraid to go outside of the box and try different things.