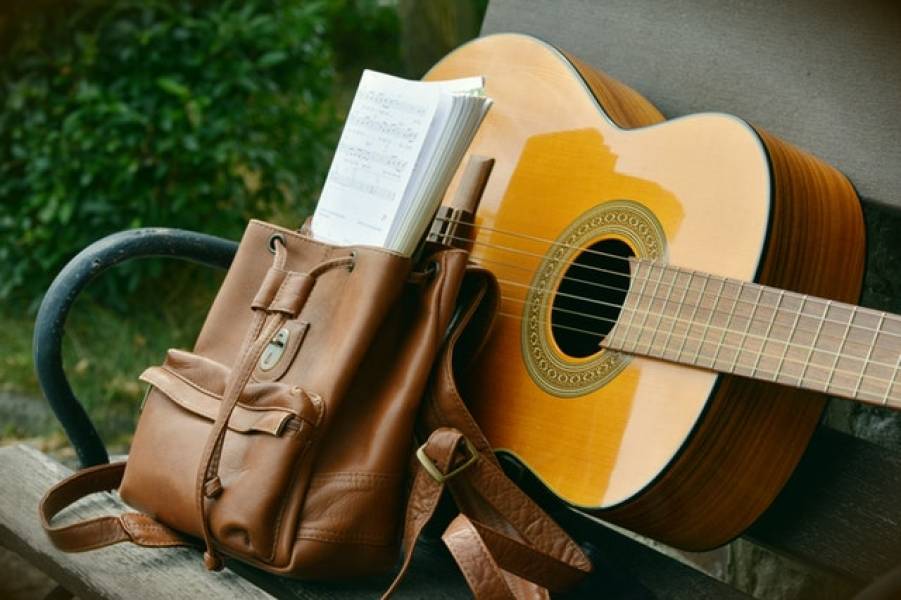 How do you overcome the wretched songwriters' block? This is a question you, like many other creative minds in music, might have grappled with at different times in your career. After all, it is a frustrating thing when you have the zeal to create but the parts refuse to come together.

It’s one of the occupational hazards – if you may – of working in a creative industry. Dealing with it has become the subject of many studies and the basis for research on some of the things aspiring songwriters need to know. But with all the expert and unconventional advice available on the topic, songwriters block still wreaks havoc on many songwriting sessions.

That’s why we set out to compile a bunch of tips from quick-witted songwriters, who are steadily building up their portfolios and have found ways to deal with songwriters block. Catch them all right here.

Sure, you want to create something entirely original when you sit down with a pen and paper or start strumming a few chords on your guitar, but inspiration often comes by association. According to one of our dear users, rewriting the lyrics to other people’s songs is not only hella fun (even hilarious sometimes), it also opens up the mind to tons of songwriting ideas you probably wouldn't have thought of before.

It is not difficult to envision how this might work, considering that other musicians have confessed to using this technique. Current rap sensation, Cardi B, for example, revealed some time ago that she used to rewrite Beyonce’s songs, producing more risqué versions in the process.

Whatever your goal, whether to change up the meaning of a song entirely, or provide a different spin on the same topic, you might want to look at popular songs in your playlist to rewrite when the big bad songwriters' block decides to show its ugly head.

2. Call up a good friend and tell them about your predicament

When you have, say, relationship issues, a long chat with a good friend usually helps you to feel better, right? And while our dear member, Sonya, who contributed this idea, isn't saying you should burden down your friends with your problems, she suggests sometimes sharing your songwriters block experience with a good friend. She says, surprisingly, such a conversation often diverts to other fun topics and once she gets off the phone, the ideas start to flow.

Obviously, a friendship is not one-sided, so you can’t expect your friend to always just be talking about you and your issues whenever you chat. This should only be a one-off thing when you’ve tried other things (unless, of course, your friend likes talking about your songwriting). It’s even better if the friend is a fellow musician, who also goes through the same thing from time to time, and then you can both lean on each other to overcome songwriters block and become better songwriters.

Let’s face it, mental blocks that inhibit divergent thinking (which plays a big part in creativity) are usually as a result of underlying and unresolved issues. It could be a stagnating relationship, work stress, lack of proper rest, poor eating habits that are starting to impact the body and mind, or even living in an environment that is not conducive to creative thinking. Whatever the case, beating songwriters block can sometimes only be possible, at least over the long term, if the problem at the center of it all is dealt with.

Dealing with the problem, however, means identifying the cause, to begin with, so if you’re unsure what is causing songwriters block, you might need to step back and look at all the variables at play in your life. It might mean stepping into the office of a psychologist or even finding one online to confide in, as explained in this article.

For songwriting legend, Sting, it was getting in touch with his past - the shipyard from his childhood - that allowed him to start producing songs again after a bad case of writers' block that lasted for years.


For Sonya (our contributing member mentioned above), who also noted that she had listened to Sting's TED Talk on the topic, by the way, it was two-fold. One being that she was in a job that didn’t inspire her passions, and another was living in a confining environment. Once she quit her job and took on one that was more in line with what she wanted to do, and then moved to a community where she could go out more often, she found it was much easier to come up with songwriting ideas and meet her goals.

There are tons of recommended ways to deal with songwriters’ block, from simply finding the right environment to more pseudo-scientific methods, such as mind manipulation. Maybe you have tried a few and had some amount of success (or not). Regardless, you can put these three on your list (if you haven’t tried them before) and see if they work for you.