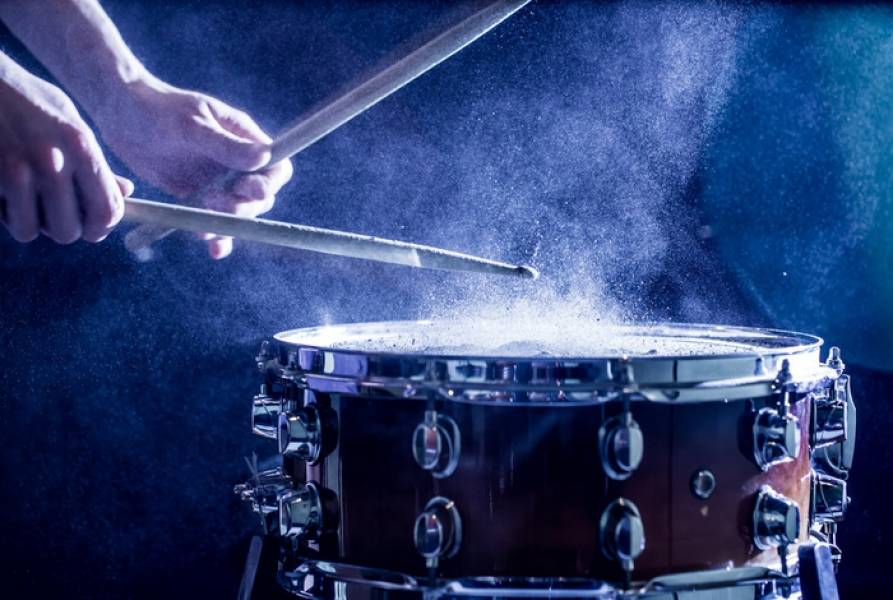 How to Find Background Music

The Tunedly Team
December 19, 2017
Are you into creating songs or doing live performances? Maybe you’re looking to produce a movie, TV show, or even an ad for a marketing campaign. Whatever the case, you will have a need for background music to go with your project.
Nowadays, getting background music for all types of projects is pretty easy. Pre-recorded tracks, as well as samples and loops are readily available to be downloaded for free or purchased from online music libraries. But there are many instances when actual instruments are needed to create background music.
Songwriters, for instance, often use instruments to create the background music for their lyrics. Here at Tunedly, we noticed that acoustic rhythm guitars and the piano were the most popular instruments among users when putting together a demo or full song. A music director for a choir might also need to hire a few musicians, or even a band, to play their instruments for the background music to a stage performance. The list goes on.
If you’re new to songwriting or it’s your first time working on a project that requires playing an instrument for background music, there might be a challenge in deciding what to use, especially if you’re not a musician, to begin with. So, what is a good instrument to use for your background music needs? There are so many to choose, ranging from stringed and brass/wind to percussion and electrical instruments. With that said, here are a few of the more popular choices.

Without a doubt, the guitar is one of the most popular choices when it comes on to making music using an actual instrument. The main reasons for this are the fact that it is highly versatile, there is a lot of knowledge available on how to play it properly, and there are many different types. Guitars are used to make music across almost every genre of music. In fact, there are many popular songs that only feature a guitar as the main source of background music. There are three main types of guitars from which many variations are derived:
- Acoustic: the commonest type of guitar; it has steel strings and is often used as a lead guitar. Most bands you can think of use these types of guitars.
- Classical: (also an acoustic guitar, by the way) considered to be the most versatile of guitars, these are made of nylon strings and are usually go-to guitars for beginners. Used for pretty much the same reasons as acoustic steel string guitars but the sound is markedly different, especially where resonance and mellowness are concerned.
- Electric: the most modern type of guitar which, as the name suggests, requires electricity to be played. They produce louder sounds due to electrical amplification and can be used as the lead or to create a beat.
Other considerations when looking at a guitar for your background music needs is whether you will need a bass guitar (to player lower notes than what are available with regular acoustic guitars), whether you need a resonator, as well as the number of strings (in addition to regular six-stringed guitars, there are 7 strings, 8 strings, and even 12 strings).
Note that if all this is too much for you to figure out, you can leave it up to the Tunedly studio pros. :)

The piano is also highly popular as a good instrument for creating background music for a performance. There are many videos on YouTube and other sites showing artists, such as Bruno Mars and Lady Gaga, playing just the piano in front of a live audience. Or maybe you’ve been to a concert and seen this. The point is that pianos are also highly versatile and among the first that many musicians learn to play.
If you’re a songwriter and you’re looking for something other than a guitar to provide background music for your lyrics, getting in touch with one of our world-class pianists (there are quite a few on the roster) might be a good idea. Pianos are also good accompaniments for other instruments, including guitars and violins, and are great when you need a heartfelt interlude or a dramatic addition to your arrangement.

While the previously mentioned instruments fall into the category of strings, the term is often used more specifically to refer to violins, violas, and cellos. These are not only used in classical music arrangements; many popular songs have incorporated violins, in particular, to create a level of depth and elegance, to help make the overall sound richer.
Miri Ben Ari, for instance, is often referred to as the hip-hop violinist because of her work in songs for that genre. Coldplay’s song “Viva La Vida” is also another example of how the violin can be used to add a beautiful tone to a popular song.

Drums of all types are also good choices for background music purposes. Most songs that have a good, memorable rhythm will have drums of some sort making up the background. They are prevalent in most genres, where setting a beat is often necessary, including pop, rock, and hip-hop. If you think of many band setups, you will notice that drum kits are almost always present, and each part provides a different beat. They include snare drums, kick/bass drums, and toms.

So, you didn’t think of your voice as an instrument? One doesn’t have to look much further than Pentatonix, doing acapella cover versions of a number of songs, or even the awesome vocals of people like Mariah Carey and Celine Dion, to realize that the voice is also an instrument. Plus, if you really think about it, all the other instruments added to a song are pretty much there to back up the sound of the vocals, and not the other way around.
Now, there might be several reasons why you would want vocals as background music. Maybe you’re not able to sing your own song, either because your voice is not that great or you probably want a different sound than your own vocals can generate. Or you might be looking for backup vocals to go with your own. Whatever the case, it is pretty easy to hire session singers online, especially if you join Tunedly.
In answering the question of what is a good instrument for background music, it comes down to what you’re trying to accomplish. In some cases you might require just a simple acoustic rhythm guitar or a grand piano, accompanying the vocals. But for a concert or elaborate production, such as a musical score for a movie, you might need an entire orchestra.