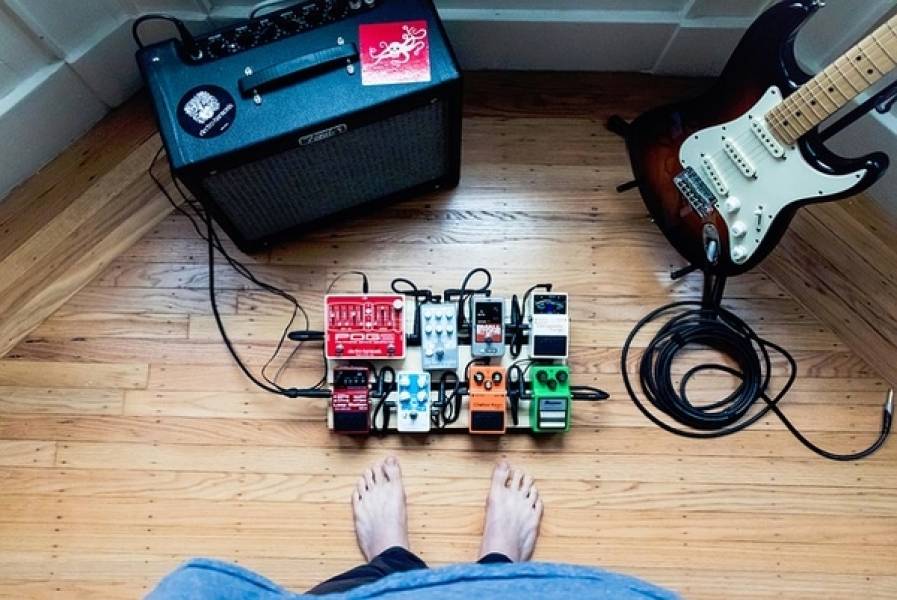 Guest Post by Dahlia Williams
April 01, 2020
Music has always been a big part of our lives and in 1931 it got significantly louder. Indeed, the landscape of modern music was never the same again thanks to the joint effort of two geniuses: George Beauchamp and Adolph Rickenbacker. The two put together the first commercially viable electric guitar, laying the groundwork for the rock n' roll genre.
Things have certainly progressed since then – years and years of great music born from one humble device. Thanks to that one innovation, the world has had the pleasure of hearing songs such as Led Zeppelin's "Stairway to Heaven" and Jimi Hendrix's "Voodoo Child" – tracks that have inspired millions to pick up a guitar and make beautiful music of their own. In fact, you might be one of them.
Have you ever tried replicating the greats, only to feel like something's missing? Well, that something may just be some modern engineering. If you're looking to fine-tune your sound to be just like the greats, read on for a list of guitar effects that you can use to refine your music!
Tone Bender MKII

Let's start you off with a pedal that might look familiar if you've seen the 2009 electric guitar documentary It Might Get Loud. Jimmy Page played around with the Sola Sound MKII Tone Bender, which was a pedal that he used heavily during the recording of Led Zeppelin's debut album. In a way, the pedal can be attributed to Page, as it was created due to the fact that he wanted more sustain out of his guitar. The effects of this pedal are evident in tracks such as "Dazed and Confused" and more notably in "You Shook Me." There's really no mistaking the heady tone that this pedal gives along with its signature aggressive rock vibe, as there are very few pedals that can match its sound.
What's great about this pedal is that every aspect of it is handcrafted to perfection. Everything from the case to internal components is meticulously put together, making the Sola Sound MKII the very definition of artisanal. This pedal isn't only a good piece of modern ingenuity but also a snapshot of a time long gone, as no one makes pedals like this anymore.
Big Muff Pi

The Ram's Head or the Big Muff Pi is a pedal that needs no introduction. Developed by the storied pedal company Electro-Harmonix, the Big Muff Pi is one of the most recognizable pedals in the world. It has been used by both past and present rock n' roll greats. Jack White is a guitarist that's particularly fond of the pedal, as it is the dominating sound in one of his biggest hits, "Blue Orchid."
But White is not the only legend to be heavily inspired by this fuzz pedal. The Big Muff Pi was originally made famous by the likes of Jimi Hendrix and Carlos Santana, whose rich and creamy tones have basically defined electric rock guitar for the last couple of decades. Much like these iconic guitar gurus before him – and true to his reputation for experimenting with analog equipment – White combines a bunch of different vintage and new pedals to accommodate his different styles.
This shows off how versatile this pedal is with its adjustable tone that can give you the ripping sounds of an electric guitar but with a violin-like sustain to boot. The Big Muff Pi is truly synonymous with modern rock music, a fact that is unlikely to change anytime soon.
Marshall ShredMaster

We'll end this list with a pedal that helped produce one of the greatest opening tracks of all time. Fact Mag points out that The Marshall ShredMaster was an integral part of "Airbag," the first track on Radiohead's third studio album OK Computer. The band's guitarist, Colin Greenwood, reveals that he wanted the first song to stand out. And stand out it did as "Airbag" came crashing out of the speakers with the force of a car that was going too fast for its own good. That may not sound refined to you, but trust us when we say there is a method to the madness, as this pedal can also be likened to controlled demolition.
The ShredMaster is a straightforward distortion pedal without any of the frills. There were no gimmicks here as this was made with the pure intention of making things loud — to overwhelm in the best way possible. And while it doesn't have the same amount of gain as a Boss DS-1, it more than makes up for it with the fattest rock sound that very few pedals can compete with.
Bio Note: Dahlia Williams is a guitar enthusiast with a penchant for analog pedals. She started getting into music because of Stephen Malkmus. When she's not practicing, you'll find her with headphones on in the local park, hanging out with her bulldog, Max.