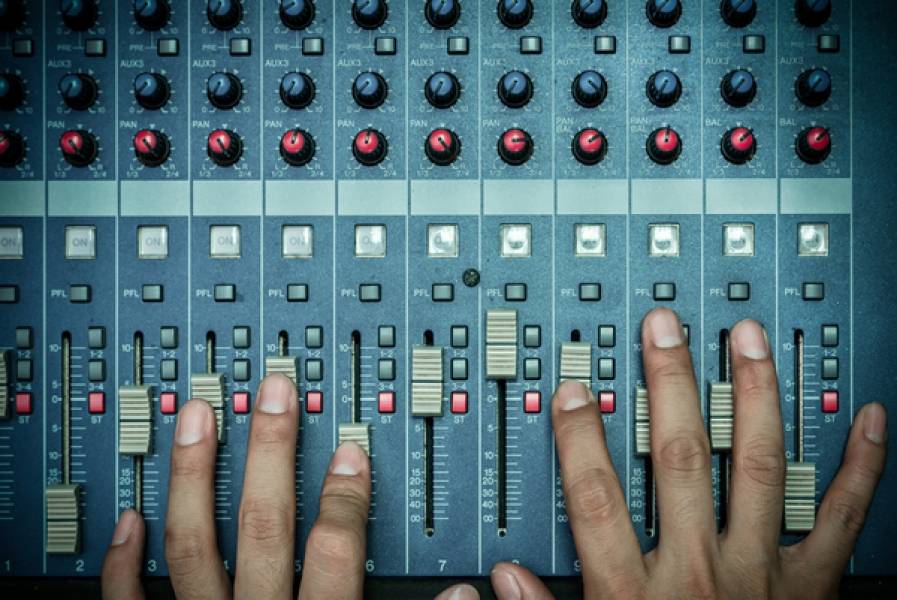 The Tunedly Team
July 08, 2020
Since launching out as a music producer in 2005, Jeff Bhasker has proven himself to be one of the most prolific and versatile in the business. The multi-Grammy Award winner has not only worked with some of the biggest names in the industry, but his discography happens to straddle numerous genres. Originally from Kansas City, Kansas and Socorro, New Mexico, Bhasker’s move to LA seems to have been the Midas touch of his career. He is currently one of the most famous music producers in Los Angeles and his achievements seem to be getting better with time.
What’s his secret? Let’s look at Bhasker’s journey to stardom for clues.

Bhasker’s father is known in the fields of medicine and politics, but he has his mother to thank for his musical background. A pianist, she was the one who helped to influence his early decision to do music while in school, a talent that was reinforced by his piano teacher. Having joined a jazz band in high school, Bhasker went on to attend Berklee College of Music where he learned about jazz piano and arrangement. Later on, he picked up the keyboard and played at a number of weddings.
Much of Bhasker’s 20s was spent doing gigs, as well as playing and touring with the bands Tavares and Lettuce. He also spent some time in New York where he started focusing on his songwriting skills. Pretty soon, he began to dabble in music production, with 2005’s The Documentary by The Game among the first projects that credited him as a producer (he worked on one of the songs on the album).


Becoming a music producer in LA

Bhasker's relocation to Los Angeles soon put him in the same room with celebrated songwriter Diane Warren, as well as a young Bruno Mars. However, the genesis of his notoriety came abouut when he joined forces with Kanye West. He initially played keyboard for West during his “Glow in the Dark” tour, which led to the rapper admiring Bhasker’s skills. As a result, he was hired as a producer on West’s 808s & Heartbreak. West also reached out for help with producing My Beautiful Dark Twisted Fantasy, as well as Watch The Throne, which featured Jay-Z.
These associations not only resulted in several charting hits, including “Runaway,” “All Of The Lights,” and “Run This Town,” but also landed Bhasker his first taste of Grammy success. But having established himself in the rap genre, he proved he was just as potent with producing hits in other types of music. Bhasker, who also creates music under the pseudonyms Billy Kraven and U.G.L.Y., has so far stamped his signature on several hits by popular R&B and pop artists.
The list includes Alicia Keys (“Try Sleeping with a Broken Heart” and “Girl on Fire”), P!nk (“Just Give me a Reason”), Fun (“We Are Young”), Mark Ronson (“Uptown Funk”), and Emeli Sandé (“My Kind of Love”). And that’s really only a small number of the many acts he has worked with.
So far, Bhasker has snagged five Grammy Awards from 15 nominations received, making him one of the most sought after music producers in Los Angeles. His work ethic and ability to produce various music styles surely place him among the great Los Angeles based music producers of the current era.