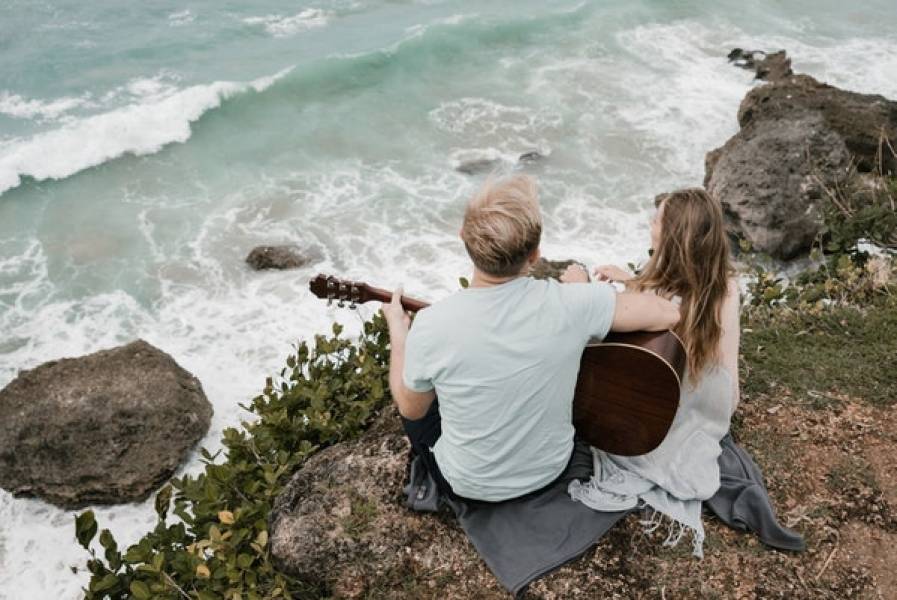 Life By The Beach

Most people love going to the beach, whether to swim, put their feet in the water, or just to get a tan. But what about living on the beach?

Current statistics by the United Nations estimate that approximately 10% or around 600 million people live in coastal areas. In addition to easier access to seafood (for those who enjoy that type of food), these people may just have an advantage over city dwellers, suburbanites, and rural folk.


It's little wonder why there have been so many hit songs recorded about the beach and ocean. From yesteryear smash like The Drifters' "Under the Boardwalk" and Brian Hyland's "Itsy Bitsy Teenie Weenie" to more recent anthems such as "California Gurls" by Katy Perry and "Beachin" by Jake Owen, the open waters have provided songwriting inspiration for many creators.


But the benefits don't stop there. Now that many of us are cooped up inside and missing the great outdoors, we dived deep to look at some of the benefits of living in the vicinity of the beach.

Read on for 12 health benefits you might enjoy from living at or near the beach.

Whether it is the Florida Keys, Gulf Coast, Bali, or a secluded cove off the coast of Greece, one thing beaches have in common (apart from the obvious) is happiness. Based on just observation, you will notice that people always seem happier at the beach. Surveys also confirm this – an annual Gallup poll showed Hawaii (with its bevy of beaches) winning the title of happiest U.S. state six times between 2008 and 2018.


But there is a scientific reason as well. It turns out that waves from the ocean generate negative ions in the air, which are associated with an increase in mental energy, among other benefits. In addition, just staring at the blue water can have a peaceful effect on you, according to psychological expert Richard Shuster, PsyD, who hosts the Daily Helping Podcast.

Most people will agree that being at the beach helps them to experience peace of mind. One really does not need scientific evidence, therefore, to confirm that living near the beach promotes good mental health. However, it is good to have supporting data in any event. Over the years, there have been several studies trying to determine how beach life affects people. One of the most recent, which involved people from Wellington, New Zealand, found that those living in close proximity to the beach generally experienced lower levels of psychological stress.

Mentioning stress, the beach provides an ideal escape from the stresses of the world, whether it is work-related or from personal issues. There is a reason why “chilling out,” “letting the hair down,” and “catching a breather” are among popular terms people use when they talk about going to the beach. It becomes clearer why so many studies support the notion that people living at the beach are generally less stressed.

While many people go to the beach to simply get a tan, the beach provides an atmosphere suited for a variety of physical activities. There is swimming, and diving of course, as well as playing beach volleyball, playing catch, surfing, and simply playing in the water. Many beachgoers also like walking or jogging along on the soft sand, which is gentler on the feet than running on asphalt. In recent years, doing yoga and other exercises at the beach has also become quite popular at some resorts and public beaches.

With the beach being a hotbed for physical activity, it should come as no surprise that people residing in beach areas tend to have better physical health as well. But it is more than just partaking in fun activities at the beach. The air from ocean-bound areas tends to be much cleaner than the smog that exists in many large cities. In addition, soaking up some sun (as referenced by Sheryl Crow in her beach-themed hit song) means you are getting your fill of vitamin D, which is a nutrient that contributes to healthier bones and a stronger immune system. Of course, you have to be mindful of not getting sunburned (which is no fun). Be sure to limit your exposure to the sun’s rays and use proper sunscreen.

Reduces the risk of premature death

Death can come in a multitude of ways. However, a large number occur in people who simply get sick and die because their immune systems were not strong enough to fight off infections. Well, it turns out that living near the beach can prevent premature death in several ways. In one piece of research, it was found that immersing in cold water (swimming, wading, and diving, for instance) several times per week led to higher white blood cell counts. As you probably know, these cells are the ones that help the human body ward off infections. The same goes for increased vitamin D intake mentioned above.

The beach is the ultimate meeting spot for people from all walks of life. It is not surprising, therefore, that it is a great place to build one’s social life. You can make friends by partaking in various activities, including surfing, kayaking, and fishing. You can go to a beach picnic with a friend or date. You can also take your partner to the beach for an opportunity to reconnect. What’s more, many beaches are used for parties, concerts, and other fun events, which encourage socialization.

The waves crashing against the shore is among the most peaceful sounds to the human ear. This sound is one of the reasons why many people find themselves drifting off to sleep easily, whether you are lounging on a chair under a palm tree or in an ocean-view hotel room. Ocean white noise is even a category of videos on YouTube that are said to be useful in encouraging sleep. On another scientific note, researchers found that listening to ocean waves can result in reduced muscle tension, and more even heart rates, both of which promote better sleep.

Promotes a feeling of well being

By now, it should be abundantly clear that living near the ocean is highly beneficial. When you put all the mental and physical health benefits together, the beach is really all about living well and feeling great. This was proven in a 2013 study of English residents who live near the coast. Those findings showed that people who moved closer to the ocean reported significant improvement in their feeling of well-being.

Great for the skin

If you value having great, healthy looking skin, spending time at or near the beach is vital as well. For starters, the saltwater is loaded with minerals that boost skin elasticity and encourage moisture. On top of that, the salt and sand act as natural exfoliation agents, meaning they can help to remove dead flesh from your hands and feet and contribute to new cell growth in the skin.

If you are a lover of seafood, there is at least one more benefit for you to move closer to a coastal area. Beaches are often in close proximity to fishing areas. This allows you to gain access to freshly caught fish, shellfish, and other types of seafood. It is no secret that consuming seafood straight from the ocean usually tastes better than items that have been frozen and sold in supermarkets.

If you are a songwriter, painter, designer, or another creative mind, the beach may just be the ideal place to live or hang out. Not only does the constant ebb and flow help to de-clutter your thoughts, but the blue color of the ocean is associated with increased creativity, according to research. Yet another great reason why being close to vitamin sea is so desirable.

Living at or close to the beach is, no doubt, something everyone should experience at some point in life. This is probably not possible for all people. But if you can’t reside in a coastal area, you should at least visit the beach as often as possible to keep topping up on the benefits.