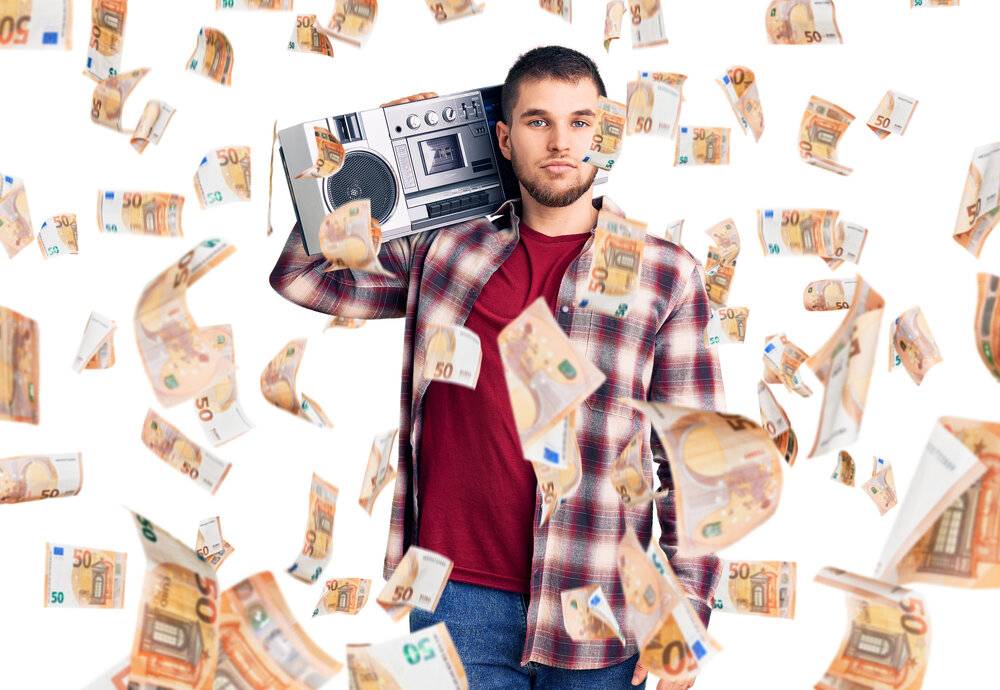 Scams in the music industry are not a modern concept, but they have expanded over the years. It does not help that the business of music is one that has many moving parts that require some amount of street smartness and technical knowledge to navigate.

From shady contracts that seem too good to be true to smooth-talking “professionals” promising you super stardom, the fraudsters can come in various shapes and sizes. And they are all hell bent on pulling the wool over your eyes. If you are not sure what to look out for, you could find yourself separated from money you have not even earned and benefits you have yet to uncover.

The presence of the COVID-19 pandemic has also caused some musicians to be desperate, which has further emboldened unscrupulous figures to go on the rampage. So, how can you protect yourself in a world where people keep finding ingenious ways to prey on your lack of connections and music industry knowledge?

A few years ago, our co-founder, Chris Erhardt, outlined a few of the classic cons that songwriters face, which is a good place to start if you are new to songwriting and looking to spread your wings. It also helps to be able to detect scams in the wider music industry. We outline seven of the most common ones below.

Let’s face it. After recording an album or EP for the first time, many independent musicians simply don’t know what to do next to get some exposure for their work. Unfortunately, this vacuum leaves space for people claiming to be marketing and consultation experts to swoop in with grand promises. To make matters worse, they may appear to have the necessary industry experience and contacts to back up their claims.

A positive review from supposedly “satisfied clients,” along with large social media followings (even blue ticks on Twitter in some cases), can seem reassuring. You probably won’t think twice to pay them a few hundred bucks for a media pack, playlist placements, and ad campaigns. After all, you likely planned to put some money into marketing your music anyway. But once you have made payment for them to start delivering on their promises, they disappear into thin air. Suddenly, you realize you have no way of recouping your money and you are now below ground zero where getting exposure for your music is concerned.

To avoid this type of scammer, don’t just look at fancy online profiles to determine whether the consultant is legitimate or not. Be sure to ask for references (that you can actually contact and who are real musicians) who can vouch for their expertise. Also, do some research to find out if there are complaints about them hanging around on the internet, and that they are who they say they are. Also, many real consultants will take a down payment (usually 50%) and then do the work before taking the rest. If a full payment is being demanded upfront, this is likely a red flag you don’t want to ignore.

Getting a song placed with an artist, in a movie or major production can lead to substantial revenue in the form of royalties. There are people in the music industry who may have the required connections to make this happen but will use their position as leverage to twist your arms into giving up more than you bargained for. You may be asked, for example, to give up a major portion of your publishing rights or forced to take a smaller cut than anticipated, depending on the nature of the deal.

While not exactly a scam (some describe it as just business), it is a power play that leads to unfair advantages over newbies who are led to believe this is normal behavior. If you are a songwriter looking to get your music placed and want to avoid being bamboozled, you can check out Tunedly’s music placement services, which is much more transparent and is in line with industry best practices.

Regardless of how long you have been in the music industry, you probably would have heard about payola before. That’s because it is probably the first thing people talk about in conversations about the music business being “rigged.” It is also one of the oldest scams faced by musicians, having been brought to the spotlight from as far back as the 1950s. Payola, or pay for play, originally involved artists paying radio DJs and showrunners to have their songs played on prime time radio.

An illegal activity, payola was considered stamped out, especially since the radio is no longer the dominant platform for artists to get exposure. However, it is widely believed that the practice has simply evolved. For example, pay for play is now passed off as payment to radio stations for “marketing services” and is demanded by certain players at radio stations before an artist’s music can even be added to the rotation. Getting your song on the radio still has the ability to influence how many streams and clicks you receive on digital platforms. Outside of radio, there are also middlemen who have contact with aggregators on streaming platforms and will charge a fee in order to get your song on their playlists.

Generating content around your brand and music is helpful in getting you valuable exposure. A well-written blog post or article can generate buzz that leads to clicks, streams, views, downloads, etc. However, there are shady blogs and online publications that promise these things – only if you are willing to pay a fee to make it happen. While they may, in fact, deliver on their promise to write a few lines about you in a blog post or mention your bio, they probably don’t have the audience to give you the results promised. Most legitimate publications will be happy to post content about you and your music because it relates to what their audience is interested in and will drive traffic (what they are really after). At the very least, they may want to collaborate via a guest post, rather than a full-on pay for press arrangement.

If you are looking for a record deal with a prominent label, this is one scam to keep an eye out for. It involves “consultants” disguised as independent A&R (artist & repertoire) pros or label-connected experts who can shop your music around to land the highest bidder. This can actually be helpful...if it is a legitimate A&R professional. But sometimes the person making the offer is nothing more than a scammer who is only after your money.

Just like the slippery consultant mentioned earlier, they will simply take your money and disappear, never to be heard from again. To prevent this, again, you want to do your research. Also, avoid paying over your hard-earned cash right off the bat. Most consultants operating in this capacity will do business on the basis of a finder’s fee that only becomes payable if they actually help you land a recording contract.

Imagine getting an email from a well-known industry player at Warner Music Group stating they heard a song you recorded and want to sign you to a contract right away. To any musician looking to get some recognition, this might cause your heart to race…until you read the part where you would need to pay some money to get the ball rolling.

Most people will likely realize it’s a scam, but some people might still be thinking it is legitimate because the email address has a recognizable name and maybe even has a domain that looks similar to Warner Music Group. Rest assured, however, that no reputable record label does business this way (and all their employees know this). Additionally, if you look closer at the email address sending such offers, you will realize that it is actually not from the company it claims to represent.

Sad to say, but there are A&R people who, while being legitimate in their duties, will seek ways to make extra money off your talents. One of the well-known ways they do this is by charging a fee to review your music and provide feedback. It is important to note that A&Rs are already being compensated by the record companies they work for to do just that – listen to your music and provide pointers. Other scams that can be set up by dishonest A&R reps include asking performers to pay a fee in order to have their talent showcased at “talent competitions.” At the end of the day, even if you do manage to land a deal, you would have unnecessarily paid the A&R for something he or she is already being compensated for.

Scammers in the music industry can be real tricky and hard to identify. However, it becomes easier to protect yourself when you know what to look for and is always willing to do your due diligence before agreeing to anything. Knowing what works also helps; i.e. taking the time to make the right connections, following recommended steps, making good music, and avoiding offers that seems too good to be true.