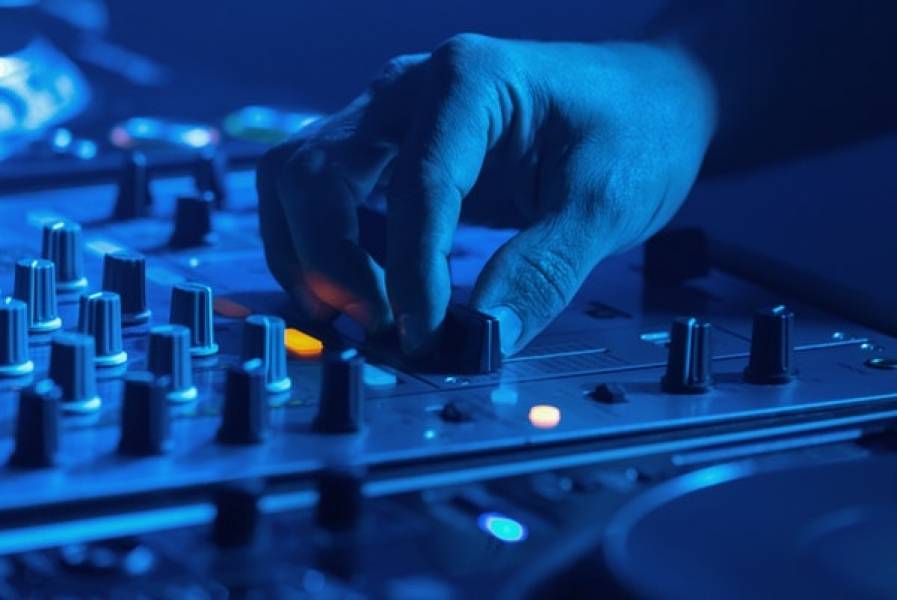 The Tunedly Team
February 19, 2020
Some call it Chi Town, others refer to it as the Windy City. Regardless of what you know it as, Chicago has contributed much to the American music scene. From the heydays of blues and jazz to its pioneering role in 70s and 80s House Music, the sounds of Chicago have kept the nation – and, by extension, the world – rocking and grooving. And while hip hop and R&B now dominate the soundtrack of the city, it remains a hub of musical entertainment. Much of its rich history where this is concerned is attributed to the caliber of music producers in Chicago.
Well-known acts such as Kanye West and Lupe Fiasco are among the most famous record producers and artists from Chicago. Jim O’Rourke and others of his generation played their role in developing the improv and experimental music scene. Beyond these seminal acts and pioneers from decades earlier, there are a number of music producers from Chicago who currently keep the city a choice location for great music. Below are just a few of them, in no particular order.

A Grammy awardee, No I.D. is among the most decorated hip hop music producers in Chicago. His moniker comes from turning around his middle name Dion (full name Ernest Dion Wilson) and he has been linked with heavyweights such as Jay-Z, Kanye West, Common, and Nas, among many others. No I.D. has been happy with producing hits behind the scenes but his name has come to the fore for hits such as “Run This Town” by Jay-Z, Kanye West, and Rihanna; “Heartless” by Kanye West and many of Common’s charting songs from the 1990s. Most recently, he helped produce Jay-Z’s 4:44, which created quite a stir in 2017. Although not currently based in Chicago, No I.D. continues to keep in touch with his home base in the city.

A legend of sorts, Steve Albini has established himself as a force to be reckoned where making hit music is concerned. The music maestro, who prefers being called a sound engineer rather than a music producer, has massive credits, specifically in the alternative genre, going all the way back to the halcyon days of Nirvana, Jimmy Page & Robert Plant, and the Pixies. He also worn the hat of performing musician, having been in the bands Big Black and Rapeman, and is currently a member of Shellac. These days, Albini runs the show at Electrical Audio, a Chicago-based recording studio complex.

As one of the few women wearing the hat of music producer in Chicago (or anywhere, for that matter), Dani Deahl has certainly made her mark. To begin with, she has toured all over the world as a DJ and performer, having released her own music. She has also rubbed shoulders with some of the biggest names in the music business as a result, including Diplo and Steve Aoki, and has been involved in documentaries, blogging, and notable YouTube productions such as The Future of Music. Furthermore, Deahl has helped to unearth new talent and was among the first to shed light on the Chainsmokers before they went mainstream. Production-wise, she has had a hand in at least one Billboard charting hit and put her personal touch on her own music, as well as one off projects.

Born William James Stokes, Sir the Baptist has established himself as a respected music producer in Chicago, as well as songwriter, recording artist and philanthropist. Most of this recognition has come about in the last five years after releasing his debut single “Raise Hell.” He got his start in music at an early age from singing on the church choir (his father was a Baptist preacher), which led to a career in Christian gospel music with elements of hip hop and R&B. Although his work as a producer has mostly been for his own songs, his prowess in this area has been gaining attention.

Emerging at a time when women were even more under-represented in the area of music production than they are currently, Mary Mazurek has managed to prove herself as a leader for her own kind. She started her career in the early 1990s, receiving mentorship while at Universal Recording Studios in Chicago. Later on, she endured discrimination after trying to land gigs at other notable studios, but it was not long before she established her craft as a talented sound engineer, especially in the areas of recording, editing, and mastering classical music. Mazurek is a Grammy nominee for the part she played in the production of Liquid Melancholy — Clarinet Music of James M Stephenson, and once sat on the Chicago Chapter of the Recording Academy board as governor.

Alex Peace began his music career in the 1990s and has not looked back since. In fact, more than 20 years on, he continues to uphold the rich tradition in high-energy house music that Chi Town has become known for, as one of the city’s notable DJs in the genre. When it comes on to being a music producer in Chicago, Peace has worked on hits such as “Take Me Up” with Donna Blakely and Ralphi Rosario and was named Producer Of The Year twice in the late 1990s. He has also put out his own music and added his vocals to other tracks and currently co-owns Movement Music, a label linked to electronic music.