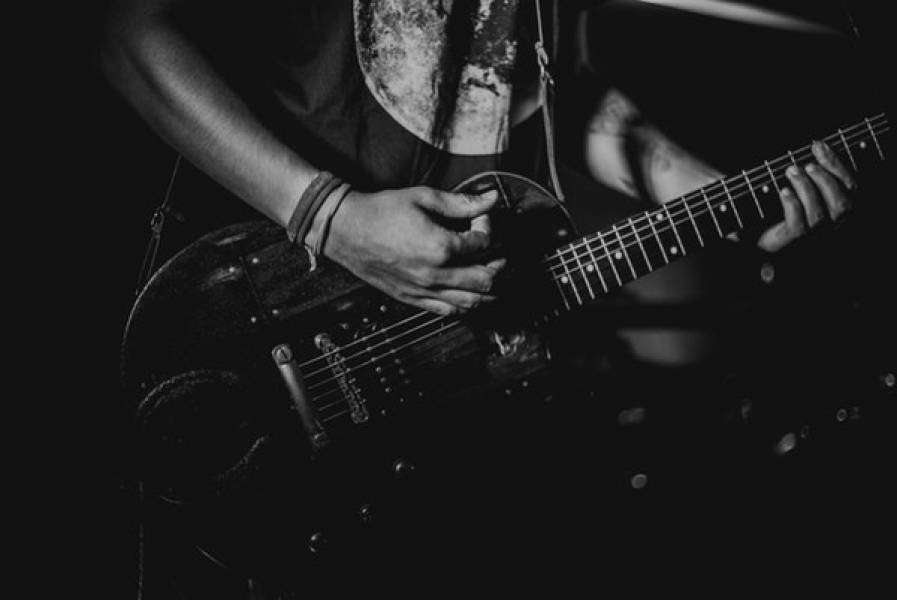 The Tunedly Team
January 29, 2020
One of the most famous cultural hubs in Europe is London. The UK capital has had a strong influence in terms of the arts, history, and general way of life. That legacy extends to music, going all the way back to classical times. In terms of pop music, the city has managed to hold its own compared to the strength of music hubs such as New York and Nashville in North America, as well as Germany and Sweden in Europe. A big part of its impact can, no doubt be attributed to the works of famous music producers from London and, by extension, Britain, including George Martin, Brian Eno, and Roy Thomas Barker, among many others.
In addition to those legends, there are a number of current producers keeping the music loud in London and around the world. In no particular order, here are 10 of the most noteworthy.

Chris "Loco" Crowhurst has built up a sizeable catalog of hits behind the scenes as a music producer, London-based. His credits include writing and producing songs for Emelie Sande's massive debut album - Version Of Events, as well as chart-making tunes by the likes of Professor Green, Rita Ora, and Tinie Tempah, to name a few.

Known for his work with stars such as Florence and the Machine, Paul McCartney, Coldplay, and Rihanna, Paul Epworth has had a glittering career as an English music producer. One of his biggest claim to fame is composing the James Bond classic "Skyfall" with Adele. The song climbed up many charts and even won an Academy Award for best original song. Epworth has also won Grammys, as well as three BRIT Awards.

Although born in Japan and raised in Beijing, object blue has made a name for herself as a London-based music producer of note. In addition to creating catchy dance music for her own catalog, she has churned out a number of experimental beats for other artists and projects. She has also put her name forward as a performer, blazing many festival stages around the world, and has taken on activism, having labeled herself a techno-feminist.

A rising talent on the London music scene, KZ, who uses the full moniker KZ The Producer, has also been pushing the envelope while largely remaining out of the spotlight. He has not only produced notable music projects for himself but is also responsible for popular tracks put out by the likes of Bobii Lewis, Professor Green, and Wretch 32.

Singer, songwriter, and producer, Uzoechi "MNEK" Emenike, is one of the most sought-after young music producers hailing from London. Having played a part in the success of Beyoncé's Lemonade, his expertise behind, and in front of, the mixing board has seen him work on tracks for Madonna, Kylie Minogue, Little Mix, Clean Bandit, and many other pop stars. He is also a recipient of the ASCAP Vanguard Award and has been nominated for other major trophies, including the Grammys.

North Londoners Kye "Foamo" Gibbon and Matt "Rack N Ruin" Robson-Scott combined to form this standout music producer duo. Since landing on the scene, they have released acclaimed music of their own, including "Real," which made an appearance on the UK Singles Chart in 2013. However, they have also laid hands on a number of projects released by top artists, including Clean Bandit and Jennifer Hudson.

When people talk about music producers in London nowadays, Tre Jean-Marie is one of the first names that come to mind. The 26-year-old, who is also a songwriter, and who seems to have benefited from his parents' musical background, has worked with some of the trendiest artists in the business. Among his most notable credits is producing and co-writing the hit "One More Time" by Craig David. Other artists that have made use of his producing and writing skills include Jason Derulo, X-Factor star Louisa Johnson, and Little Mix. Tre is also paying attention to the business side of things, having launched his own music publishing company.

Nana Rogues is among the newest production sensations in British music. Regarded for his versatility, especially as it relates to rap music, Rogues has racked up an impressive resume in a short amount of time. He has worked on tracks by popular artists such as Tinie Tempah and Section Boyz, as well as music of his own.

Although not as widely known as many on this list, Loraine James seems set to make a splash on the music scene in the not-too-distant future. The artist and music producer from London has been steadily making a mark, especially in the electronic music genre, and is building a reputation for her pleasing experiments with funk and other sounds.

Born Nyandoro Kelly, Nyge is steadily building a portfolio of trap/rap/grime hits. His works as a fast-rising London music producer includes helping to craft hits for Section Boyz, AJ Tracey, and Yxng Bane, as well as crafting infectious beats for many of the city's upcoming artists.