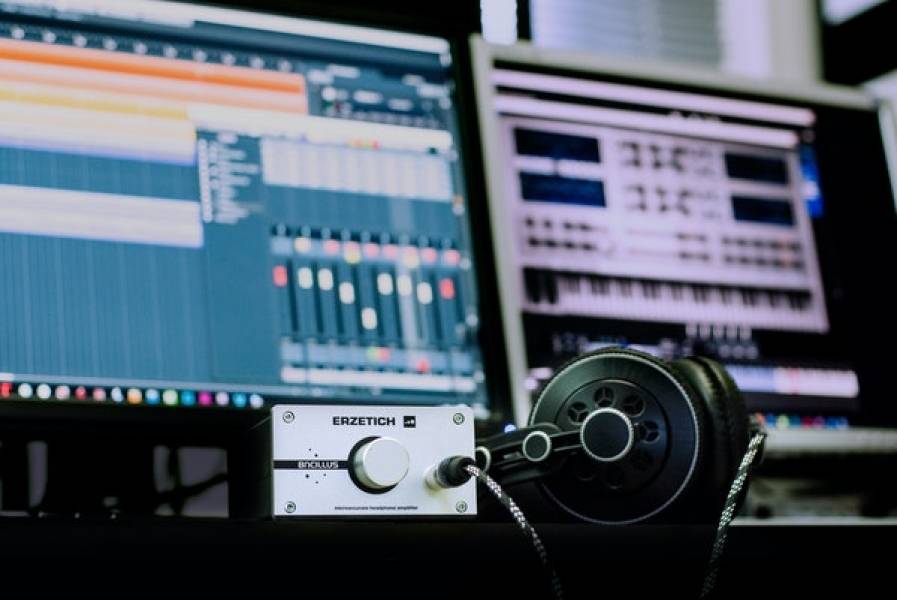 The Tunedly Team
June 17, 2020
The city of Houston is ranked as the most ethnically diverse metropolitan area in the U.S. It is also the birthplace of a bunch of great artists, including pop queens Beyoncé and Solange Knowles, rappers Chamillionaire and Scarface, as well as country greats Kenny Rogers and Clint Black. Partly responsible for all this musical greatness are the talented music producers from the city, some of whom we wrote about not too long ago. Now it’s time to highlight some of the music recording studios in Houston that are bringing the heat.

SugarHill Recording Studios was opened in 1941 as Quinn Recording, borrowing its name from founder Bill Quinn. By 1950, it became Gold Star Studios. Finally, the current name was affixed in the early 70s by Huey P. Meaux who assumed ownership. Today, SugarHill is still in operation, making it the oldest music studio in the US to continuously remain in operation.
More than that, SugarHill Recording Studios was responsible for launching the careers of several pioneering artists, including George Jones, Lightnin’ Hopkins, and the Sir Douglas Quintet. A number of stars have subsequently used its impressive facilities, including Willie Nelson, Destiny’s Child, Beyoncé, Brian McKnight, and many more famous acts. Although undergoing numerous changes and (several owners), SugarHill has retained a lot of what made it the go-to music studio in Houston over the years. These include a number of vintage-style recording equipment and rooms that give each record that signature SugarHill sound.

One of the busiest song recording studios in Houston, Barron Recording Studios has made a name for itself as a leading producer of hip hop artists. It was launched in 2005 and quickly became the darling of the hip hop community. However, the studio, which in 2018 recorded over 7,000 songs, began as a pet project rather than a full-fledged studio. Brothers Chris and Todd Macek started out of a small space where they recorded sessions as a part-time gig before moving into a more spacious facility (and quitting their day jobs) in 2011.
To date, the studio has been responsible for dozens of hits from musicians such as Kendrick Lamar, Slim Thug, Bun B, and many more. The studio’s owners are also quite active in the community, hosting podcasts, putting on events, and even setting a Guinness World Record in 2015.

Dynamic Sound Houston is much more than a recording studio. The company covers music lessons, rehearsals, live sound rental, and acts as an event venue. As a result, the facility plays a big part in the development of music among residents in the Houston area and beyond. This is further enhanced by the high quality of instruments and music recording equipment on site. Started by Curtis Pettaway, who was moved to set up Dynamic Sound due to his strong love for music, the facility continues to be the place of choice for young and old who want to improve on their talent.

Boasting a collection of cutting edge equipment and an experienced team of engineers, Major Level Recording Studios has been making waves in Houston and beyond. In fact, the music studio claims to have served clients in over 100 US cities and 14 different countries. Furthermore, the recording facility caters to artists across a variety of genres, including pop, R&B, EDM, rap, gospel, soul, and more.
In terms of clientele, a number of famous acts have passed through the studio’s doors. The list includes RocNation, Tyrese, T.I., and B.o.B., as well as a slew of corporate clients such as UMG, Radio Disney, and Rick Ross Music Group.

Lucky Run Studios has had a great run since opening its doors in Houston, Texas. Owned and operated by California native Michael Mikulka, the facility has a welcoming environment and top of the line equipment to help seasoned and upcoming artists get the right sound, whether song demos or complete recordings. Mikulka himself has worked with a variety of well-known artists during his career, including Sting, Solange Knowles, and Willie Nelson. His experience as a guitar player and music producer seems to have had a major influence on the design and quality output of Lucky Run Studios. In addition, his reputation has attracted many artists looking to create world-class music. Among the artists that have used Lucky Run are Jessie Roach, Queen Cora, and Lady Gaga’s band during their preparation for the Super Bowl 51 halftime show by Gaga.

One of the newer music recording studios in Houston, this facility caters to a number of music production services, including recording, mixing, mastering, songwriting assistance, audiobook recording, music lessons, audio format conversion, and even graphic design. With innovation and hard work touted as its main offerings, the music recording studio is aiming to be a leader in the music production business. Already, it has done work for a raft of notable clients, with the list dominated by prominent companies such as MTV, Def Jam, BET, Sony Music Entertainment, and Epic Records.


HIRE OUR ONLINE RECORDING STUDIO FOR YOUR NEXT SONG. TUNEDLY MAKES CHART-TOPPING SINGLES, YOUTUBE HITS, OR 'JUST BECAUSE.'