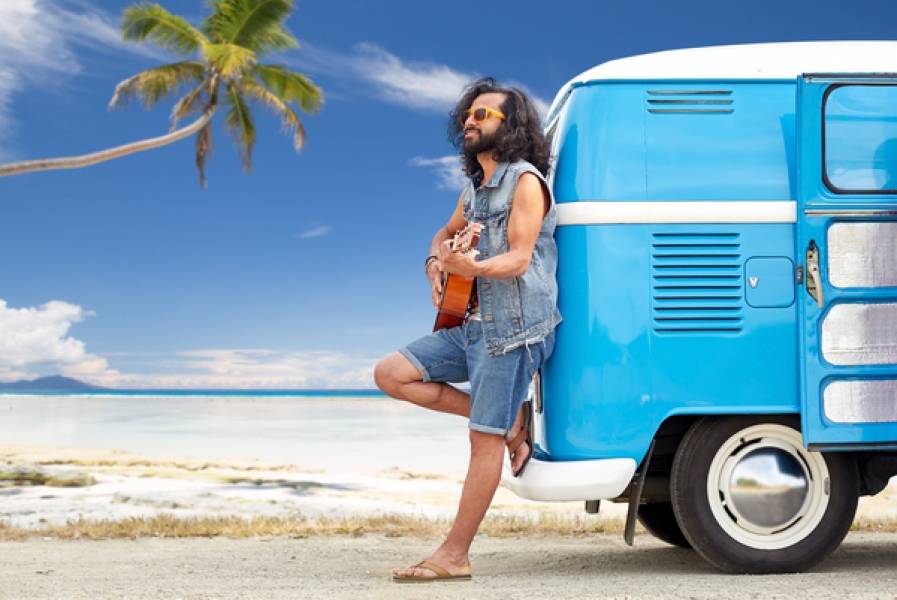 The Tunedly Team
July 01, 2020
How do you describe songwriting? For many involved in the craft, they simply see it as a form of creative expression, an artful way to interpret life situations, or even a means of exorcising the demons that may be haunting them.
But have you ever thought of songwriting as sexy? This is not about romanticizing the process. After all, many songwriters create songs for a living, which means they have to keep the business aspect in mind. But if you think about it, there is something beautiful and endearing about the action of putting words to music and creating something that leaves a lasting mark.
A good song can connect with the emotions of people on a level that precious few pleasures in life are able to. It can motivate and inspire, save lives, restore lost hope, lift the spirits, and even change the course of history. Once a well-written song gets under your skin, it soaks into the bones and becomes a life experience, in a similar manner to having the senses titillated. And this is not just about songs that are of a sensual nature.
If you are able to write a song that at least one person genuinely likes, you can count yourself as cool. Need more proof that songwriting is sexy as hell? Just pay attention to Bruno Mars explaining his songwriting journey or listen to the enthusiasm of Ester Dean talking about her songwriting process. Or Mariah Carey, Ne-Yo, Bob Dylan, Diane Warren...literally any songwriter who has expressed their love for the craft. Still need more proof? Read on.

Think of any great love story and you will soon realize that music played some profound part. It could be a lad wooing his lass with a sweet tune that gets her weak, or a couple having a song that they share (“our song”), or some lyrics that perfectly describe the way someone feels about the "apple of their eye." Whatever the case, a good song is never too far away when love is in the air, be it a special date, wedding, or lover’s party.

Michael Jackson’s “Thriller,” Billie Holiday’s “Strange Fruit,” The Beatles “I Wanna Hold Your Hand,” John Lennon’s “Imagine,” Mariah Carey’s “All I Want For Christmas”…these are just a few songs that have significantly impacted human way of life over the years. Everything, from how people dress and interact socially to how humans view politics and develop religious views, have been influenced by one or more songs.

For people pursuing goals in life, the songs they listen to can help them believe more strongly in their dreams and be more committed to finding success. In many rags to riches stories, there is a common theme of having that one song (or line from a song) that helped someone believe in their dreams and keep pushing when the odds seem to be against them. This also applies to many songwriters who have visions of making songs that gain recognition, whether that is signing a lucrative contract, being recorded by a known artist, or having a song placed in a major project. Many hold on to the hope of finding that one special song and, someday, it often happens.

Speaking of songwriters and their dreams, writing songs has sustained the careers of many music creators over the years. In fact, it has sustained the entire music industry, supporting producers, artists, record labels, publishers, A&Rs, concert promoters, and everything else in the business. And to top it off, songwriting continues to be a unique asset that gains in value for those who practice it.

Did we mention that songwriting is essential for life? Living would be dull and dreary if there weren’t songs to cheer up spirits, warm hearts, light up lives, and provide a soundtrack for day to day life.
In conclusion, there is much evidence that songwriting is sexy – not in the way human sexiness is often portrayed, but in the sublime way it affects people. Whatever stage you may be at in life, writing a song means you are adding something worthwhile to the world. And that’s sexy cool.


FIND SESSION MUSICIANS FOR HIRE WHO CAN HELP BRING YOUR WRITTEN SONGS TO LIFE. WE HAVE ALREADY MADE HUNDREDS OF CLIENTS HAPPY.