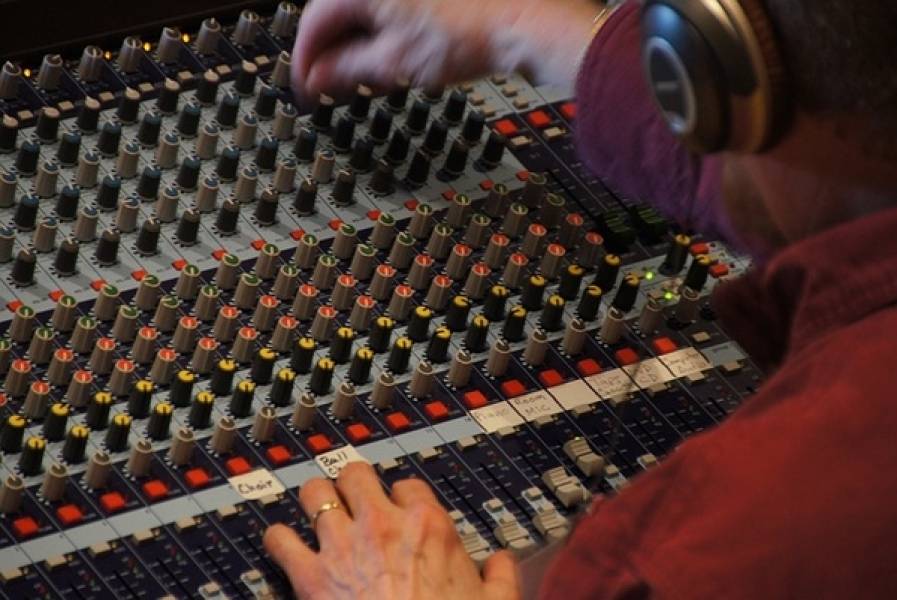 Spotlight On The Alchemist

The Tunedly Team
July 01, 2020
Although he was born and raised in Beverly Hills, California, Daniel Alan Maman aka the Alchemist is regarded as one of the leading music producers in New York. That’s because much of his greatest work was achieved while active on the Big Apple’s hip-hop scene. How did this happen? In this article, we will help you get to know one of the most dominant production maestros to have called NYC home. Let’s go!
While living in California, the Alchemist formed a duo with a classmate and called themselves the Whooliganz. He was also part of the group Soul Assassins, where he tried his hands (or voice) at being a rapper.
Of course, those projects did not yield a lot of results. However, they were enough to give Maman a foot in the door. He rubbed shoulders with one DJ Muggs, which led to production work for Mobb Deep, a superstar rap outfit at the time. Now, Mobb Deep hailed from the Queens, New York area, so that’s where the New York connection was forged.
The Alchemist made a huge impression with his work on Mobb’s album, which came out in 1999 and entitled Murda Muzik. His reputation as a skilled sampler and beatmaker quickly exceeded him. Before long, he became the most in-demand hip-hop music producer in New York and went on to have a hand in a string of hits ranging from the late 1990s into the 2000s.
When it comes on to artists who the Alchemist has worked with, the list is basically hip-hop royalty. Snoop Dogg, 50 Cent, Jadakiss, Big Pun, Ghostface Killah, and Fat Joe are just a few names that come to mind. And that’s just the old school club. In terms of more current acts, the Alchemist has also done work for Kendrick Lamar, Anderson .Paak, and even has credits on Eminem’s latest project Music to Be Murdered By.
Some of the most memorable songs he has worked on as a music producer in New York include “Revolutionary Warfare” by Nas, “We Gonna Make It” by Jadakiss featuring Styles P, “Wanksta (Remix)” by 50 Cent, and “The Realest” by Mobb Deep.
As far as top music producers in New York go, the Alchemist has surely proven himself to be one of the most legendary, especially in the hip-hop genre. He doesn’t seem to be slowing down anytime soon.


HAVE YOUR SONGS PRODUCED BY MUSICIANS WHO HAVE WORKED WITH TOP ARTISTS IN THE BUSINESS. HEAD OVER TO TUNEDLY NOW TO GET STARTED.