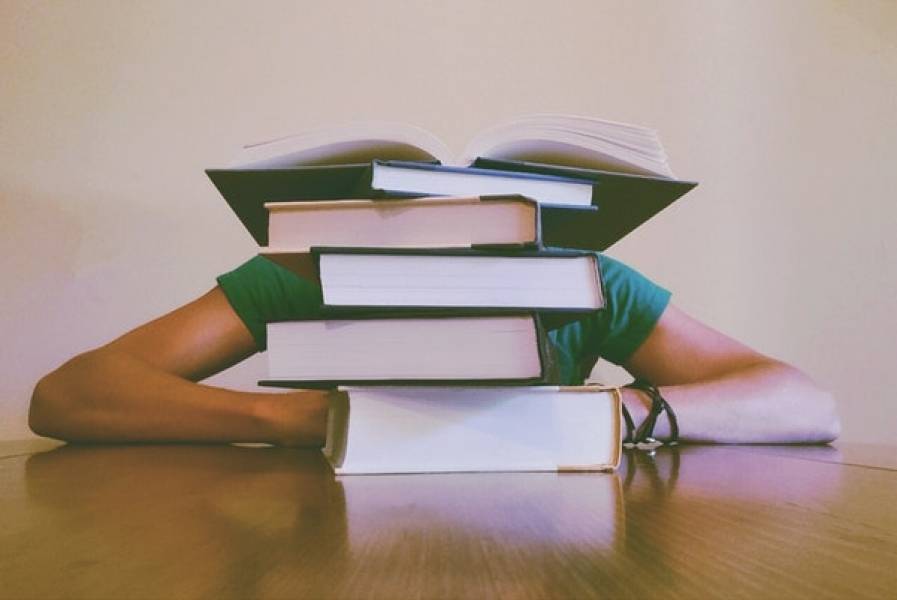 The Tunedly Team
July 22, 2020
Songwriters have got to be among some of the smartest people on Earth. While some of these music creators make it seem easy, writing smart rhymes and combining mind-boggling metaphors does take some amount of brainpower. But there are a few in the profession who take being smart to another level. We are talking about holders of prestigious degrees, people whose IQ scores rival Einstein's, and those who have acquired extraordinary feats in academia.
Clearly, some of these songwriters could have probably changed the world in various other fields such as business and science. However, their love of music has resulted in changing the world through their lyrical and melodic prowess instead. Curious about who these big-brained creatives are? Read on to learn about five musicians who are obviously smarter than fifth graders.
1. Madonna
While her academic achievements do not extend far beyond high school, Madonna's early potential indicated that she could have a scholar of note, had she not taken the musical path at a young age. During her school years, she was always head and shoulders above her classmates in terms of grades and overall GPA. In fact, Madonna has reportedly logged an impressive 140 on the IQ scale, putting her squarely in top-level genius territory. It is, therefore, no surprise that she has been able to leave such a deep impression on the musical landscape, becoming known as the pop queen and breaking all sorts of chart records during her prime.
2. Brian May
If it wasn't for his immense success as a famous guitarist with Queen, Brian May would probably be a professor at some Ivy League university right now. For starters, May graduated with honors in the fields of Astrophysics and Mathematics and was actually a teacher before music success came knocking. But he didn't drop his studies entirely. May actually used his skills in music production, with one of his most famous feats being mathematically arranging the beat for "We Will Rock You," which helped give the song its iconic rhythm. Furthermore, May has actually gone on to complete his PhD in Astrophysics and even wrote a book titled 'Bang! – The Complete History of the Universe.' He was also handed the position Chancellor of Liverpool John Moores University.
3. Ke$ha
This fact usually raises eyebrows due to her track record as a singer of sex-laced and booze-infused pop songs, but Ke$ha is hailed as one of the smartest people on the planet. This is due to her IQ, which hovers around 140 and her near-perfect score on her SAT exams. These results led to several offers from prestigious universities around the country, including the opportunity to study psychology. Probably from all the academic pressure or maybe because she knew she had the talent to pen Billboard charting anthems, she decided to call it quits on her academic career at a pretty early age. Safe to say that she has put her musical talent to good use so far.
4. Shakira
Most people know her as the yodeling, hip-shaking, and highly energetic singer from Colombia. But Shakira is also a brainy beauty who has eclipsed her nerdy tendencies with her dominance on the music charts and ability to hold an audience spellbound. Not only is she in the 140 IQ league, but she is fluent in multiple languages, including English, Spanish, and Portuguese. Moreover, she can converse in Arabic, Catalan, French, and Italian, linguistic skills which could also qualify her to be a top-level spy. Despite her musical success, she has not fully turned her back on academic excellence, having scored herself an impressive degree in the area of History of Western Civilization at UCLA.
5. Simon & Garfunkel
It is probably from having realized they were joined at the brain why this duo decided from pretty early that they were going to be musical buddies. Born Paul Simon and Art Garfunkel, the two attended the same school in Queens, New York, while growing up. Not only did they realize that they were both smartypants, but it clicked that they also had similar music skills and interests. They penned their first song together at the age of 11 and entered a bunch of talent shows together. When college came along, the two decided to pursue their academic interests, with Simon moving on to become an English major, in addition to dabbling in law (which was curtailed when music success came along). As for Garfunkel, he completed a whole Master's degree in Mathematics, as well as another degree in Art History. Pretty soon after these academic achievements, the two reunited, using their combined genius capacities to carry out a musical onslaught with hits after hits.
Success in the music industry clearly does not rely on mental abilities. However, as these and other musicians have shown, it can't hurt to be blessed with an intellectual mind.