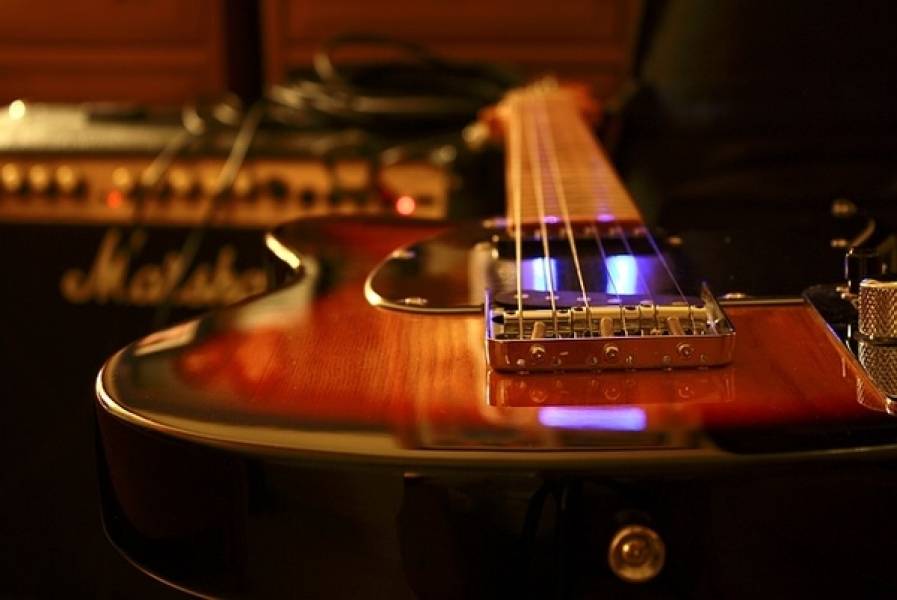 Want to Add Girth to Your Guitar Mix?

Yes, we’re talking about the guitar in yet another blog post. And why not? The guitar, although being among the oldest known instruments, is still one of the most widely used in modern times and in so many different genres.


Like, did you know it can be traced back to ancient instruments used up to 4,000 years ago in Mesopotamia and Persia?

Anyway, this post is not about the history of the guitar. As the title suggests, it’s all about how to get custom guitar tracks and how to fatten them up.

How do you fatten a guitar track?

If you’ve tried this before or at least done some research on the topic, you would already be aware of what is meant by fattening, beefing up, or widening a guitar track. Just in case you don’t, it’s the skill of making a guitar recording cover a wider sound field. It’s a technique used to provide a ‘fuller’ sound in numerous songs, from loud rock anthems performed by bands such as Lynyrd Skynyrd to preppy pop hits from singers like Avril Lavigne. Songs that are recorded with live instruments in professional music recording studios are likely to have parts that have been fattened.

If you have done some research, you’d also have probably realized that there are tons of articles and forums online with countless ways to accomplish fattening up a guitar track. We’ll explore a few of the ways it can be done, but before all that, the best way to get custom guitar tracks and fatten them up is simply to join Tunedly.

To begin with, you can find numerous professional guitarists on the roster of online session musicians for hire listed on the website. There are award-winning instrumentalists who have worked on chart-topping projects, and there are others who have been trained in the art of playing the guitar at prestigious music schools. What’s more, you can order your guitar tracks for practically any genre and style you’re into, whether it’s a hard rock guitar sound, acoustic guitar track, a country chicken picking sound, folk finger pick style, or a heavy metal guitar riff.

Fattening up your guitar tracks

When it comes on to fattening up your guitar tracks, as mentioned before, there are numerous ways to achieve the kind of sound you’re looking for. These include jiggling around with fancy studio techniques and even modifying the guitar.

If you’re not experienced or don’t have a good tutorial, you could literally spend hours trying to get the right sound and still not be able to nail it. On the other hand, playing around could result in you getting lucky, where you accidentally do something that totally works for one project. But if it’s something you want to continuously do, one-off tricks won’t work all the time.

To help you out, here are three of the most popular tricks you can try if you want to experiment on your own. Bear in mind that getting the best results depends on having the right guitar-playing techniques in the first place. Oh, an open mind can go a long way in helping you discover awesome new sounds. That said, let’s get on with it.

Doubling is one of the simplest ways to fatten up a guitar track. It is achieved by simply recording the guitar part twice on an additional track and then combining them. When played together, the single, new track would have widened, sounding fuller and more powerful than each played separately.

Doubling tracks is not the same as duplicating or cloning a track using a sequencer. This is important to know because you won’t achieve the same results. Additionally, you can triple or quadruple the tracks to keep on improving the fullness but when doing this, you have to bear in mind how many other instruments will be used in the final mix. Too much noise going on can end up ruining the mix by making it sound warped. The experts typically recommended no more than four separate tracks.

When it comes on to layering, there are a bunch of tweaks you can make to further create the fat sound you’re looking for, such as layering other chords over the major key of the guitar part to add more dimension. Again, when doing this consider other instruments that will be added to the mix, which will bring their own sound signals to the party. If too much is going on, the listener won’t find it very pleasant.

Here’s something to try: create double tracks using different guitars (or tuning the same guitar differently) to record each part and then combining them to fatten up the sound. Add further depth by tweaking and layering different chords over the dominant key. The subtle differences between the two types of guitar and chord variations, combined with environmental conditions where the recording is taking place, can lead to a fatter sound that is also rich in different tones.

One way you can achieve a thicker sound from your guitar is to modify the instrument. Using a capo, for instance, can variate the chords of each guitar string. You can use it on different parts of the guitar neck to achieve a different sound when a string is plucked. If you use a capo when doubling tracks as mentioned above, it can make the effect more dramatic and produce a thicker sound overall, because it’s affecting all of 12 strings (the two guitars combined).

Changing the pickups on your guitar is another modification that can also help to fatten the track, especially when double tracking. Different pickups for each recording, such as one used at the neck and another at the bridge, will produce variation in frequencies that also fatten the final guitar track.

Using compression to tweak the dynamic range of the tones can also help to fatten your guitar tracks. This is more effective with clean guitar tracks rather than with distorted ones, which have already gone through some amount of compression. Compression helps to restrain the attacks while maintaining the guitar mids and bass or emphasizing what you want the dominant sound to be in the final mix.

As with the other guitar track fattening methods, you can play around with compression as well to achieve different levels of thickness and add further dimension. For example, you can delay a particular track in the mix, which, depending on how subtle or noticeable it is, can help to make the mix more interesting.

There are numerous other tricks in the book to fatten up your guitar tracks, such as using boost pedals, EQ effects, duplication of tracks, and even arranging the studio to create a different acoustic vibe. Remember, the possibilities are endless, and it also depends on the type of guitar player you are, as well as the kinds of guitar you use.

If it seems all too confusing or way too much drama for you to handle, you can always turn to the studio pros at Tunedly for help. In addition to having on our roster, a number of highly trained engineers who can do this in their sleep, turning to Tunedly for help with fattening your guitar tracks gives you the added benefit of interacting directly with musicians and playing a part in the creative process. Topping off the convenience of getting your custom tracks at Tunedly and having them fattened up by pros is the fact that it’s highly affordable.

Best of luck on your quest to fatten up your guitar tracks to create the winning sound you seek.