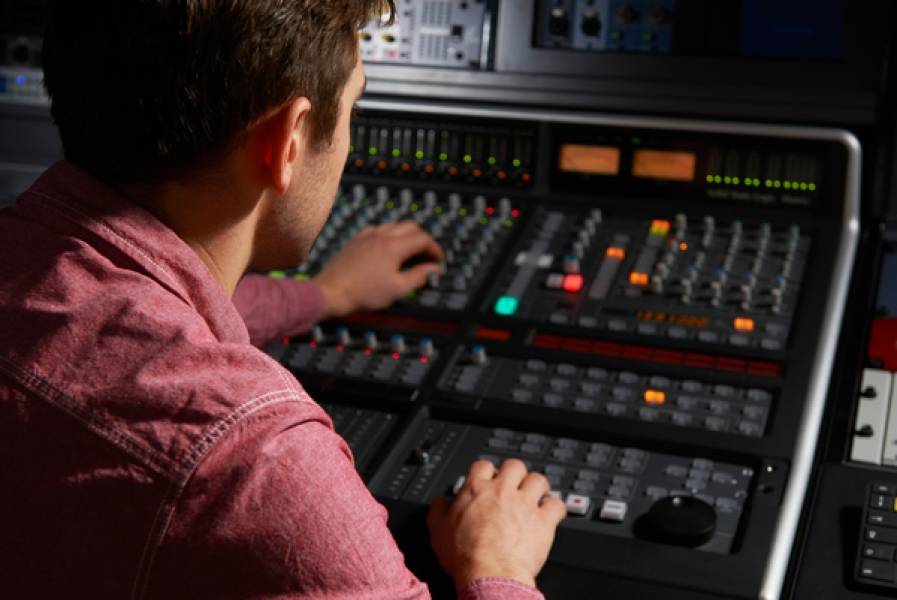 Why Use a Pro Recording Studio?

It’s been well over 50 years since Ray Dolby and his famous company invented the solution to ‘hissing’ and introduced it to music recording studios. It’s also been a long time since the creation of magnetic tape and vinyl records, inventions which formed the foundation of what the music recording industry is today.

Those and other breakthroughs changed the way sound was produced, making it possible for music creators to make a living from their skills and for music consumers to enjoy the sounds they like. They also helped to open the gate for numerous other advancements and devices that have made it easier for sound to be recorded and edited.

Nowadays, it doesn’t take much to record a tune. You can use anything from a smartphone or voice recorder to more sophisticated equipment and software, such as Pro Tools on a laptop, or using a full-scale recording studio. Regardless of what you use at the time, one fact still remains: sound quality is important. In fact, quality audio in music is one of the main determinants as to whether people will listen or not, which is kind of the whole point in recording a track in the first place.

Why Use a Professional Recording Service?

Writing down good lyrics and having great vocals is all good; it’s even better if there is some logical musical arrangement that pulls it all together. How the final product is derived – the type of audio equipment and expertise that is used to produce it – will make all the difference as to who will listen and how far it will go. It also depends on the audience you are creating it for.

Maybe you are a song lyricist, who has plans to make your own music and forge a career out of selling it, or maybe you just want to create a track or two to play for your spouse; you may even be a producer, who has the job of creating the perfect sound for musical projects. Whatever the case, a music recording studio of some sort will have to be used along the way. There are many different types of recording studios and equipment, but it’s a given that the more ambitious your goal, the more likely you will need to get a professional recording done.

Now, the thought of a professional music recording studio might instantly bring about thoughts of a physical building, staffed with a number of technical people. However, that’s not the only type that exists in today’s technologically-driven society. Let’s talk briefly about the evolution of the recording studio.

How the Recording Studio has Changed

Not too long ago, having a song professionally recorded meant seeking out established music studios, stocked with the latest in audio equipment and clientele. That’s because how music was recorded and played back was entirely different several decades ago. It all started with magnetic tape and, later on, vinyl. Music was recorded on cassettes and long-playing (LP) records for distribution after the Second World War, which led to the growth and development of the music industry.

With more interest in music, record labels were created, which created the need for more recording studios and vice versa. Consumers could now consume music at lower costs, buying LPs that could store either a single song or an entire album. As explained by lyricist and vocalist, Luke Peters, in a piece published on the TechCo website about the evolution of music production, the mixing of tracks took place during live performances in what was considered state of the art studios back then. It was a business that worked for all parties involved, whether performer, songwriter, record producer or music listener.

However, it was not without challenges. For instance, recording a song on vinyl in hopes of commercial success back in the 60s, 70s, and even 80s, meant hours of technical work trying to get the sound right. It was tedious, and the studios that were best at it often attracted the richest labels and subsequently charged the most to cut a track. The cost of the physical records themselves, of which the LPs usually came in 7” (single) and 12” (album), also added to the cost. Nonetheless, it was a lucrative business, especially for the record labels involved.

Enter the compact disc (CD) in the early 1980s and music recording and consumption quickly changed. Music could now be recorded digitally, making the process less tasking, which also resulted in the CD being cheaper and easier to work with. However, the status quo, as it relates to the production of music, didn’t change much right away.

The quick explosion of computing technology and the internet are what changed things drastically with the coming of the new millennium and beyond. To record music, no longer was live mixing necessary. It was now possible to record instruments separately and put them all together later on. This possibility was supported by digital audio workstations (DAWs) and other software and recording equipment. As such, song lyricists and musicians, in general, could now make music independently of major record labels, and high-end recording studios could operate at lower costs.

The Current State of Recording Studios

Music recording might have evolved dramatically, but the need for professional studios hasn’t diminished. According to a September 2016 report published by IBISWorld about the audio production studio business, the industry has shown to be resilient in the face of technological shifts in music, film, and television. In fact, the same report notes that music recording studios had overall revenue of $1 billion and an annual growth rate of 2.1% for the period 2011 – 2016. So, the business of recording music is still vibrant.

To further back up those facts, an article published on the Entrepreneur website estimates that a modern music recording studio can potentially make more than $100,000 annually in profit after wages, expenses and taxes have been deducted. While it’s hard to say which studios – whether well-known or not – are pulling in those numbers, it’s evident that they are still highly important to the music business. Some of the reasons for that include the fact that they often have expensive equipment that can make audio sound really good, and the people who work in pro studios are usually highly trained and can pick up little quirks that an untrained ear might not be able to.

So, are they worth it? In many cases they are, but recording studios, in their traditional form, are slowly becoming a thing of the past. Today, they are operating closer to home and increasingly online in order to keep up with the changing times. Like many other businesses, they have had to diversify their offerings to remain viable, especially in light of other alternatives being used for music.

These alternatives often involve home recording setups built around DAWs, which seem to make it cheaper and more accessible for independent songwriters and artists to make music. However, although the user can now churn out tons of music from home, the resulting recordings are often of inferior quality when compared to those made by a professional studio.

The reasons for that vary. For one, poorly recorded, or a lack of live instruments, make it nearly impossible to get the kind of rich, clean sound available at a real recording studio. In addition, most users of DAWs lack the proper knowledge and training to get the most out of it, even with a tutorial. They also don’t have the necessary skills to mix, master, and edit a track the right way.

All of this means you might end up harming your music career rather than helping it if you are serious about making great-sounding music that is desirable to listeners. After all, there is a reason why studio engineers at professional setups are often well trained.

The saying, “you get what you pay for” is true for a lot of things, including when it comes on to music recording studios. You certainly can’t expect your song to sound as clean and clear as a release put out by a Taylor Swift or John Legend, whose tracks have been mixed at studios staffed by skilled engineers. That doesn’t mean you have to use the studios they use either. It’s becoming entirely possible to get songs produced online and get similar quality recordings to traditional setups, but at lower costs.

Instead of investing your time and energy in a home-based studio, it would be more advisable to seek out a suitable online-based solution; one that helps to bridge the gap for just-starting-out song lyricists and musicians, who want to up the quality of their work, but are not able to afford the high fees charged by large studios. It’s not all about cost either.

Professional, online-based music recording studios have the potential of revolutionizing the music-recording process. For instance, Tunedly is a new-gen recording studio that features advanced collaboration tools, which help to provide a more immersive and interactive online music production experience, especially for professional songwriters and musicians, who want to have some amount of creative control.

It’s true that the new online platforms are making it easier for music creators to find a professional music recording studio they can afford. However, not all of them are as good as they say and all are not suitable for what you are looking for. The skills and experience of the session musicians being used are especially important. It would be a tragedy if you ended up working with a glorified ‘bedroom producer’ who doesn’t know the benefit of setting up a good sound-treated room for recording live instruments, despite having all the right equipment.

Professional music recording studios, whether online or otherwise, that are worth your time (and money), will make it clear how qualified or experienced their staff members are. If you’re looking to work with session musicians, for example, be sure to check if those listed on the website have any credentials and/or related experience. Listen to their samples, read their bios, or even do further research about them using your search engine of choice.