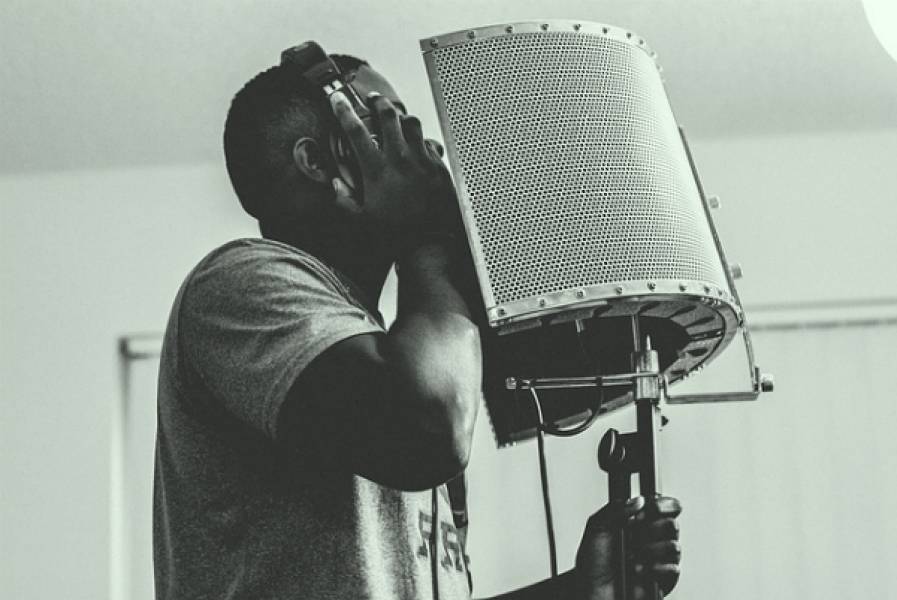 Ever Experimented With Music?

The Tunedly Team
September 14, 2017
Over the years, there have been songwriters and composers who have found genius ways to make their songs sound different from the run-of-the-mill stuff. These include using uncommon instruments, unorthodox rhyme schemes, unusual vocal arrangements, unplanned (spontaneous) and last-minute add-ins, and the list goes on.
Today, you can create almost any sound or effect with the right software, loops and instrumentals, and audio plugins. All these make for countless experiments for the musician or producer who has time on his or her hands and wants to create something unique. But creating something truly special might require techniques that are more hands-on or out of the box.
For example, when Herbie Hancock incorporated “scratching” into his song ‘Rockit’ in 1984 to introduce the sound created on turntables by hip-hop DJs to the world, or when The Beatles came across the idea of playing vocals in reverse back in the 1960s (a style that has since been widely copied).
With that said, here are 10 hit songs that incorporated unorthodox techniques and experiments.

Queen is well-known for exploring unconventional techniques to create timeless songs. One example is their classic hit “Bohemian Rhapsody,” which involved the use of through-composed music – a type of composition that does not repeat any parts of the music. "Bohemian Rhapsody" actually doesn’t even have a chorus!
But another of their songs which made use of unique recording techniques is “We Will Rock You.” According to guitarist Brian May, that song was created out of a desire to have the audience participate. The song was released in 1977 and went on to dominate the airwaves. It is still one of the most played songs at sporting events, particularly in the US.
What makes it so popular is the foot stomping and hand clapping parts. In an interview, May spoke about the genius-level thinking that went behind the creation of those parts, noting that his degree in astrophysics played a huge role. To begin with, it was recorded in an old church and saw people stamping on pieces of old board lying around.
May said he further modified the sound with the recording of each track by putting repeats on the stamping sounds, instead of echoes, at varying distances that were all prime numbers. The end result is an epic affair that the world has been clapping and stomping to for decades.

George Martin was often referred to as the fifth Beatle and for good reason. The audio engineer was behind many innovative techniques utilized by the group in their hit songs and which were also copied by other engineers.
One instance of Martin’s genius was the production of "Yellow Submarine." The song actually features various props in the recording process to produce the unique sounds that eventually made the song (and resulting animated flick) a huge hit back in the 1960s. These props included objects such as whistles, tap dancing mats, a ship’s bell, a tin bath filled with water, and a wind machine, among other things.
Martin is said to have asked John Lennon to blow through a straw into a pan of water in order to create a bubbling effect, as well as have Lennon and Paul McCartney speak through tin cans for a part that required a ship captain giving orders. Chains were also used to disturb the water in the tin bath to produce the sound of traveling through water.

A song that is often associated with getting high (vehemently denied by Bob Dylan, of course), "Rainy Day Women #12 and #35" has a rather strange story about how it was recorded. Legend has it that Dylan had everyone in the studio smoke a joint before recording the song and then made a strange request: that they all switch instruments. This meant no one was playing the instrument they were trained to use.
That would normally sound like a recipe for disaster (and that Dylan was probably really high), especially with the song having a line such as “everybody must get stoned.” However, the resulting track went on to be a smash, peaking at number two on the Billboard charts and actually being recognized as one of only a few songs by Dylan that were considered traditional in nature. Go figure.

In 1965, James Brown was looking to take his music in a new direction. He found that direction with this hit song, which helped to popularize a technique called "chanking." The term is a mash-up of two normal words – choking and yanking – which involved holding and squeezing the strings of a guitar at the neck while strumming at the same time.
The technique was performed by guitarist Jimmy Nolen in support of Brown’s vocals, helping to give "Papa's Got a Brand New Bag" a new and distinct sound that sent the song soaring up the charts.


5. Give Peace a Chance – John Lennon

It should be no surprise that a Beatle gets mentioned on this list a second time; the group in itself was renowned for experimenting with music on many of the hits they created in their heyday.
“Give Peace a Chance” was one of several solo hits that came from the mind of Lennon after the Beatles split, and is classified as a protest song. However, it came about in an impromptu fashion that was televised worldwide at the time. The song’s original recording took place during Lennon’s famous “bed-in” protest against the war in Vietnam.
The room was packed with musicians, reporters, hotel staff, and other celebrities, all of whom banged on every available object, in tandem with Lennon on guitar, to provide the rhythm for the song. Lennon later added Hare Krishna drummers on the second mix to add more girth to the overall mix. All we are saying is that the final product turned out to be quite potent.

It’s well documented that Michael Jackson and the people he worked with were big on experimenting with sound to create unique records. One such experiment was what helped to make “Billie Jean” the monster hit that it turned out to be.
Between producer Quincy Jones and audio engineer Bruce Swedien, the decision was made to have MJ record the vocals of the lyric “don’t think twice” through an improvised, 5-foot cardboard tube to make it sound as if coming from far away.
Swedien also went on record admitting that he did improvisations with the drum parts as well, going as far as to build an entire drum platform, in order to satisfy Jones’s request to try creating a drum sound that was “never heard before.” That would explain why “Billie Jean” still sounds fresh after all these years.

Hip hop artists are renowned for experimenting, especially by sampling other mixes. But this record by Kanye West, which was a hit on his College Dropout album, did way more than sampling. To begin with, it was one of the first songs of its kind to include a classical instrument – the violin – which was played by standout player Miri Ben Ari, who went on to be known as the Hip Hop Violinist.
"Jesus Walks" also saw John Legend adding background vocals, as well as having his voice put through auto-tune to produce a flute-like effect throughout the bridge. The end result made the song one of the biggest hits of Kanye’s career.

A hit way back in 1959, this song is said to be the first commercially-released pop song that demonstrated a phasing effect called 'flanging,' which was originally created by guitar great Les Paul, while experimenting in his garage.
The flanging effect involves combining two identical signals but delaying one by a fraction of a second. This gradually changes the frequency of the sound output, which is often fed back into the input to further “fatten up” the track. It may also be further inverted to produce an additional variation on the already modified sound.
"The Big Hurt" made good use of the technique to prevent having a waltz effect and instead have a sound similar to a jet plane. The use of the flanging effect helped it to reach as high as number three on the Billboard chart. The effect became widely used thereafter by acts such as The Beatles, The Animals, Jimi Hendrix, and David Bowie.

One of the top bands of the Grunge era, Pearl Jam opted for some serious improvisation on this song that made up their hit debut album, Ten. It was sound engineer Tim Palmer, who suggested using a pepper shaker and drumsticks beating on a fire extinguisher to make up for the shaker effect they wanted for percussion.
Later on, the group denied that they were trying to be inventive, insisting that it was a long drive to the nearest shop that sold the instruments they wanted and found the pepper shaker and extinguisher to be suitable substitutes. Whatever the case, it worked.

Main man for the Beach Boys, Brian Wilson, was well-known for his experiments with music composition. In fact, he was considered an innovator and perfectionist - if ever there was one - when it came on to creating uniquely captivating mixes for songs created by the group.
One of his trademarks was to try mix in uncommon or non-traditional instruments into the recording of tracks. On this particular day, while recording "Vegetables," it was the sound of fellow musical genius Paul McCartney of the Beatles chewing on a piece of celery that made the cut. Who knew a stick of green could fit so perfectly? Pure genius.


Enjoyed learning about these unorthodox recording experiments? How many did you know? As shown in these 10 songs, experimenting with music can be very rewarding if you want to create something that stands the test of time. Don't be afraid to try new things in your own music creation process. Who knows, you could end up creating the next global anthem.