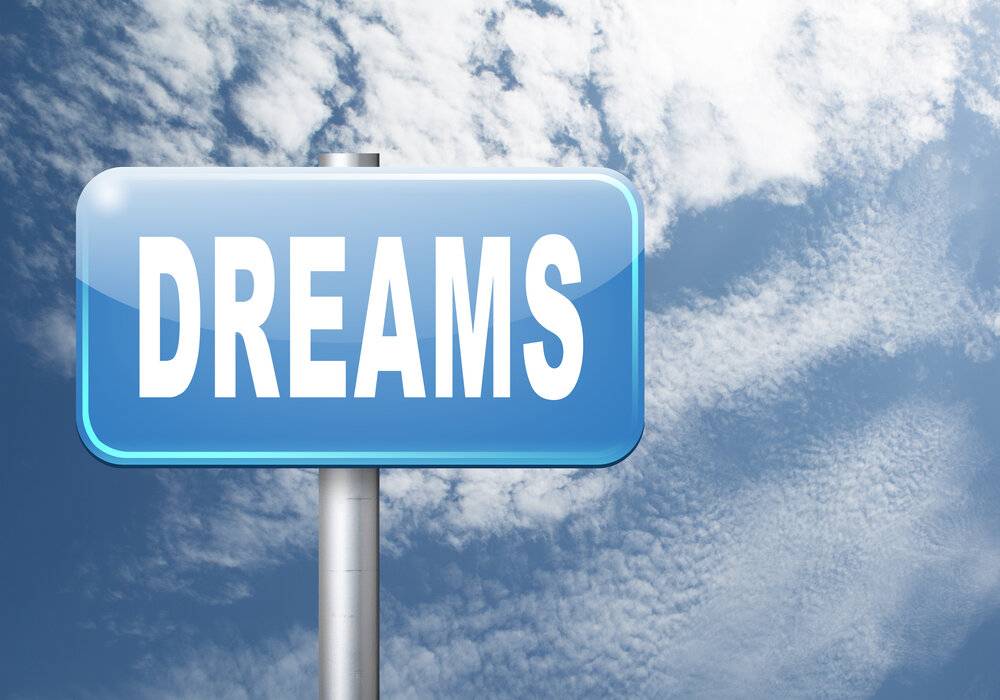 Giving out clichéd motivational speeches is not a strong point of ours. After all, the main business of Tunedly is to help music creators have their works professionally produced and discover opportunities for exposure.

That does not mean we can’t share some positive reinforcement with our readers from time to time. As a matter of fact, considering what’s been happening in the world over the past year or so, it is clear that members of the music community need encouragement now more than ever. The music business has always been difficult, but the pandemic has made things that much harder for many.

But let’s digress. Have you fulfilled the big dreams you had when you were growing up? How about the goals you set for yourself when you decided to take up songwriting or become a musician? If you are like many others pursuing a music career, most of those dreams and goals are likely to have stayed on the backburner. In some instances, they may have even been forgotten. When you consider that society seems to put an expiration date on one’s ability to make dreams come true, it’s not hard to see why many simply give up.

The images and stories highlighted in the media often give the impression that you have to be what is considered “young” in order to be in the spotlight. For example, most advertising campaigns promoting elements of pop culture tend to feature people in youthful demographics. It’s not much different on social media, especially when it comes on to those who are considered “influencers.”

However, it’s never too late to follow your dreams. This fact has been proven time and time again by different people in society. It doesn’t matter if you have migrated from the 20s into your 30s, 40s, 50s, 60s, or well past your 70s. There is always still enough time to release that album, go on a world tour, or even start your own music company. It is better to try late in life than to never try at all and end up feeling regretful for the rest of your days.

In the past, we have even shared stories about songwriters who proved that age is just a number in the music business. So, what’s to stop you? If you are a musician with unfulfilled dreams and wondering if there is still time for you, here are some things to keep in mind.

Only you can stop you

The music industry is filled with roadblocks. From music labels controlling what gets played and what gets filtered out, to streaming algorithms designed to keep the popular artists popular, finding a way in can be like pulling teeth for musicians without the requisite team behind them. But guess what, you live in a time when it is quite possible to circumvent the odds and get noticed. Opportunities such as sync licensing, for instance, has somewhat leveled the playing field, allowing songwriters and musicians at any age to get their songs out into the public eye. And with Tunedly entering the streaming market, there is a chance for previously undiscovered musicians to have their songs played alongside popular artists, and possibly even get publishing deals.

Failure is not final

After being turned away by the head of Def Jam and told her music was not palatable, it would have seemed justified if a then unknown Lady Gaga had decided to quit the music business. For Katy Perry, the pop superstar started out as a gospel artist, but failed to gain any traction in that area. Soon after, Perry was dropped by two major record labels, a double whammy which could have led to the “California Girls” singer calling it a day. Yet, like Gaga, she didn’t let early failures stop her. The truth is that failure is often just a delay rather than a complete stop. Sometimes you failed because the time simply wasn’t right for what you were trying to do or because there was something missing which you needed to learn first. Either way, it is important to not give up due to failure. Learn the lessons that come with each failure and apply them to your next move.

No shame in the game

So what if you are past a certain age and have yet to publish, record, or even write your first song? Maybe you had dreams of launching your debut album or performing at a music festival, but you spent years in a corporate job and now looking at retirement. Whatever the case, you don’t need to feel ashamed about taking on a passion you have had for years. Why? Because it is never too late to follow your dreams. For Julia Child, she could have been fearful about learning to cook at the age of 39, especially when you consider the social climate that existed back in the 1950s. But she did it nonetheless and was able to launch her own show by the time she was 50.

Fine wine gets better with age

Maybe you have been doing music since you were very young but the years have passed you by and you are yet to make any significant impact. Being older may just mean that you have gotten better. Leonard Cohen started making music in his 30s, but he hardly made a dent with his early releases. His perseverance with making music, however, meant that he kept getting better at it, and finally landed his first big hit when he was 50 years old. For Louis Armstrong, many would have written off the Jazz great after he faded from the spotlight in his late 20s. But Armstrong showed he still had a hit left in him at the age of 62 when he became the oldest artist to top the Billboard Hot 100.

People will say things about you and your music that are not exactly encouraging. Some may even go as far as to suggest music, as a career, is over for you. If you allow their thoughts to take root, then it will really be over. In the case of Andrea Bocelli, many so-called experts opined that it was too late for him to start singing opera professionally. But he still decided to do it at the age of 34 and the rest, as they say, is history. Living proof that age is just a number and it is never too late to follow your dreams. You need to remind yourself that most people who give discouraging advice are merely sharing their opinion, and not talking from a place of fact. Their opinions are just their opinions, and not your destiny.

Your truth is what you tell yourself you can do and attempt to achieve, not what people think it should be. That's why it is never too late to follow your dreams.