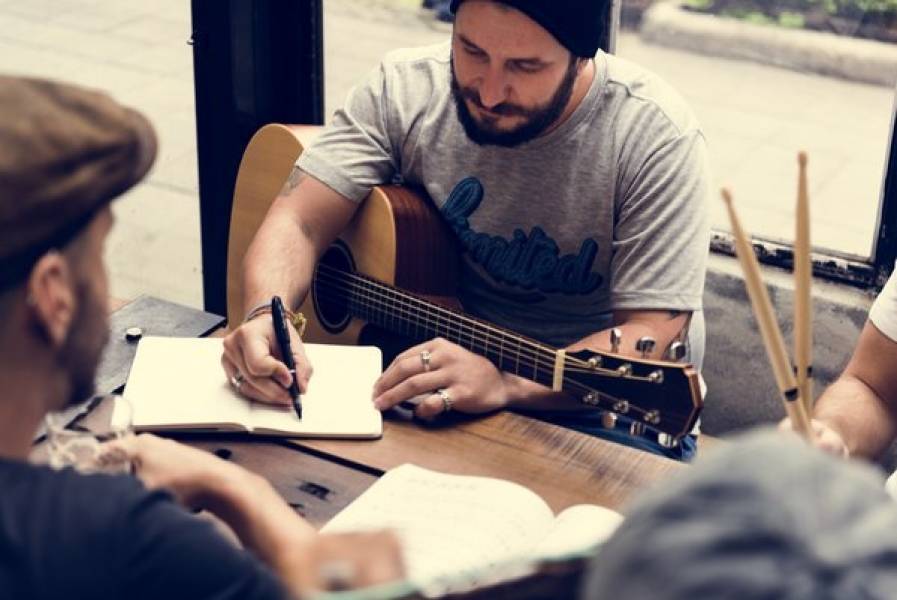 There are tons of reasons why people actively go after a career as a song lyricist or songwriter. For some, it came out of a sudden urge to write down their thoughts and feelings. For others, it could have started from a coincidental or accidental life event, which led to the realization that creating songs is what they were born to do.

Your story could be one of those, or something totally different. Regardless of the initial reason, most songwriters share the same struggles, such as the fact that it can be really hard to come up with lyrics sometimes. Yup, every song lyricist has those days, which can stretch into weeks and even months, when it’s hard to complete a single song. If you plan to earn from songwriting in the future or just want to become better at creating music, this state of affairs simply won’t cut it.

Luckily, there are several things you can do…hacks, really, which could improve how you create and how much. Here are 11 simple tweaks you can make if you aren’t already doing them.

You may not think this is as simple as it seems. After all, you probably work a full-time job and have kids who need your attention round-the-clock. Despite the demands on your time, you can still churn out a good amount of songs monthly, but only if you set a goal. Besides, success in the music business is a numbers game; the more songs you have under your belt, the more material you will have to pitch with or to actually entertain an audience if you plan to perform them yourself. To increase your output, you might have to wake up an hour earlier each day or forfeit a leisure activity that you enjoy doing.

As famous songwriter, PJ Harvey, once said in an interview, “If you want to be good at anything, you have to work hard at it. It doesn’t just fall from the sky.”

You see, you have to remember that your songwriting career is a business, so you have to treat it as such. Think about how much songs you can reasonably do in a month, divide it by the number of days in each month, and get to work. It’s quite possible that you might not always hit your target, but any increase in volume is an increase that could bolster your chances in the future.

If you’re trying to write songs that will have a chance of commercial success, you need to have an idea of what such songs sound like. The best way to do that is by listening to songs that are already successful. Music can be heard at any time of day, from countless radio stations, on YouTube, and various streaming services.

When you’re driving, working or just relaxing, have some music playing. It could be songs from your favorite artists and musicians or from singers you aren’t familiar with (yes, listening to other genres is helpful too), but take note of how they structure their songs, how they use melodies, and so on. In addition to helping you understand how to build your own songs, you could also get ideas for projects of your own, just by listening to someone else telling their story lyrically.

Exercise Your Body and Mind

Getting up your heart rate before a songwriting session can significantly boost brain activity. This has been proven scientifically, with one study indicating that convergent and divergent thinking gets better with regular exercise. Meditating before a songwriting session is also a good way of removing mental clutter. Plus, meditating with music may put you in the frame of mind to create lyrics and melodies that you can later build upon to create a full song. Sheryl Crow is among a number of songwriters who hail the powers of meditation and how it helps to stimulate the brain.

When you get invited to a date by someone you have an interest in, you are likely to dress your best and show up on time, right? That’s the same approach to take here (at least the showing up on time part). Set a date, at least once a week, to show up to your favorite writing spot and just write songs for the typical length of time you would spend on a dinner date or at the movies. You can use Google Calendar or other scheduling tools to keep track of your dates, making sure to arrive on time for each and that you stay for the full course. Doing this will not only make songwriting a fun activity that you look forward to, it will also boost your productivity.

Like most writers, song lyricists often have the tendency to get caught up with trying to make each line or sentence sound perfect from the get-go. This is a good way to waste a lot of time by nit-picking over how a line sounds. Instead of trying to fix each lyric, just write freely as the words come to your head and keep going until the song is complete. Once you are done writing all the lyrics, you can then go back over and start editing. Besides, you might have to edit several times before you actually get to the stage of contacting a music recording studio.

Come Up With a Simple Formula

Writing randomly can be fruitless unless you’re acting on a spur of inspiration that suddenly hijacked your thoughts. Relying on inspiration alone won’t help you achieve your songwriting goals. Renowned Australian songwriter, Nick Cave, probably said it best, “Inspiration is a word used by people who aren’t really doing anything. I go into my office every day that I’m in Brighton and work.”

You need a songwriting formula that works for you in order to ensure you are writing regularly and also to make it easier on your brain, which loves to follow patterns. A formula can be: brainstorm songwriting ideas for 30 minutes using Google Search (or other brainstorming tools of your choice) – select the best idea – come up with a basic harmony – write a hook/chorus – write the verses – edit – repeat.

Of course, this is just an example, which you can rearrange to suit your own needs. You can come up with an entirely different formula – or even more than one – to match your lifestyle. The important thing is to have a format that can help you to create lyrics on demand.

Learn to Visualize the End Product

Instead of focusing on each part of the song (verse/ chorus/ bridge), try to envision what you want the song to sound like in its entirety. Better yet, try to describe the overall message of your song in a single sentence. By focusing on the overall product, it becomes easier to frame the song how you want it and keep your message fluid throughout. This might take practice but once you learn to master it, you will eventually become a better and faster songwriter.

You don’t necessarily need a wide vocabulary to be able to write a good song. In fact, some of the catchiest songs use the simplest words and phrases that everyone knows (at least in English). However, there are times when you might need to drop in a word or phrase to prevent using ones that have been overused in music. While listeners want some amount of familiarity and simplicity in their music, they also don’t want to hear the same words being repeated over and over again. You can build your vocabulary in a number of ways, from reading widely on current events, reading novels, and also spending time reading content that is geared towards improving your songwriting skills.

Have you ever had an awesome lyric pop into your head and you promise yourself to write it down when you get home from work or after you get up in the morning? You totally forgot what it was when you did get around to doing it, right? It sucks when that happens. After all, you might very well have been on to something that could turn out to be a breakout hit, but you will never know since you never recorded it.

In today’s world, it is not hard to record or write down something wherever you are, long before you get to the stage of looking into how to demo your song. From scribbling on napkins and sticky notes to using the voice recorder on your cell phone, there is no way you should be waiting until later to record that fantastic lyric. You can even do like hit songwriter, Ester Dean, and get a ‘mobile studio.’ According to Dean, she carries around a backpack, which contains a laptop, microphone, and headphone set, allowing her to record at any time.

Every song lyricist is unique and as such has a different point of view. While songwriting is a private activity that many like to do alone, it won’t hurt to have a brainstorming session with other like-minded individuals from time to time. In fact, sharing ideas could help you write a lyric in a better way than you could have imagined on your own or even come up with a better songwriting technique.

It’s easy to get caught up with writing a song to the point where you don’t want to get up until it is all done. However, a tired brain is not great for songwriting. Instead of continuing to sit there, poring over that final lyric that will make your song complete, get up and stretch. Go to the refrigerator, go outside for some fresh air, play a video game. Do whatever it is you need to do to distract your mind for a while, and then get back to it.

Like most creative processes, writing songs gets better with practice. Add these small tweaks to your daily life and you will eventually become a better song lyricist for it. 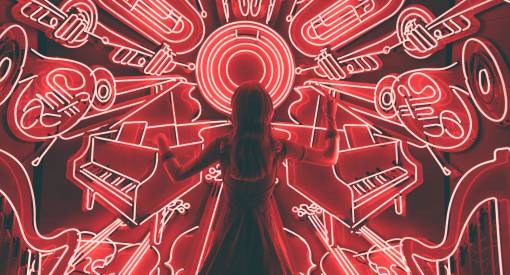