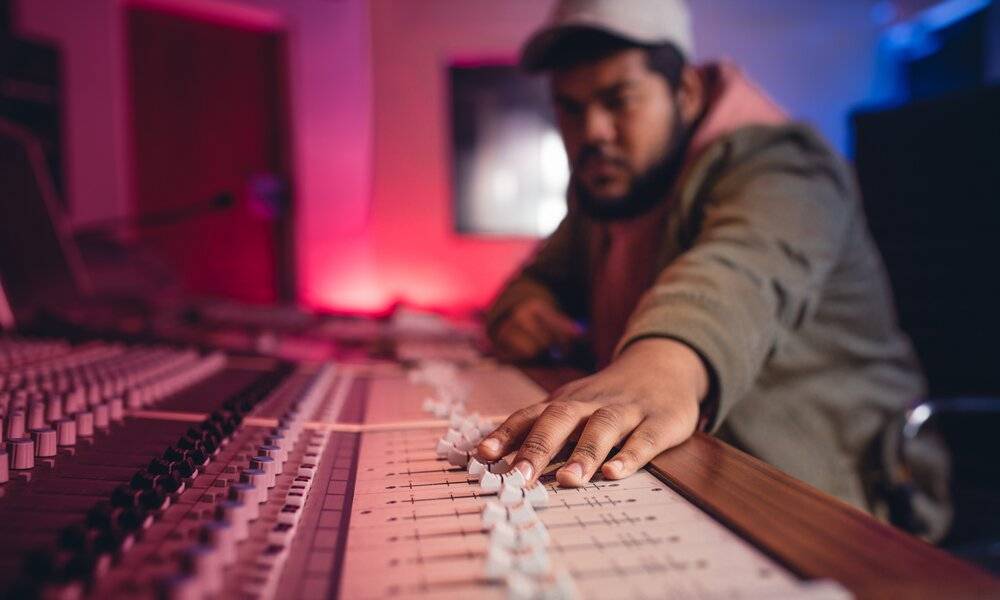 The Time It Takes To Make Music

More and more music creators are realizing the importance of making professional-sounding music. Being a career-oriented musician means competing with the best in the business, and that is only possible if your productions sound as great as what you hear on the radio.

How do you go about creating records of such quality? The cost of music production is one thing, but how long does it take? These are likely to be genuine concerns for today’s artists who are serious about their craft, especially if they are fairly new to the business. If this is something in the back of your mind, you are about to get the answer.

What goes into making music?

The music-making process is not a linear, step by step venture, at least not all the time. Some people pick up an instrument and start playing the first melody that comes into their heads. Others may sit down and simply write out a bunch of lyrics before even thinking of the musical aspect. Still, yet, some people go in the studio with some other musicians and start vibing around on an idea or theme until the song comes together. Someone else may combine all of the above in their creative process.

Whatever the case, there is no one way to make music. But the basic ingredients are song lyrics, the musical composition, a recording of these together, mixing and mastering of the resulting audio, and then the final production.

Once you have a basic audio recording, you have pretty much started the process. The recording aspect can involve actual studio equipment or something as basic as a voice recorder. From here, you may choose to do a demo or a full recording of your song. Either of these will still require some amount of polishing by people with audio engineering skills.

It’s important to note that recording a demo does not equal low-quality music. Many songwriters make this mistake and then struggle to make an impact when they pitch their music to labels, artists, and other professionals. A demo is simply a stripped-down recording, while a full recording has all the bells and whistles that would make a song ready for public airplay. Obviously, the demo would require less steps than a full song, so there is a possibility that it would take you less time to make the demo.

The question remains: how long does it take to make professional-sounding music?

In the past, recording a song or demo meant going to a studio. The artist had to organize with a band or studio musicians for a time when you would all get together in the studio to perform. Other times, each musician, including the singer, would go in to record their parts separately. Either way, all the tracks would be made available to the producer and/or engineers to put the song together. At this point, the artist may get a chance to hear the song and provide feedback about how it sounds and if changes or re-records are needed.

While it is possible for the first take to get all thumbs up, most times, one or more of the musicians will have to re-do their track until the artist or songwriter is satisfied with the outcome. In many instances, a producer is in the midst coordinating all the different moving parts and keeping the songwriter or artist in the loop. Having a producer who knows what they are doing is important if the project is to be completed in a reasonable amount of time. What’s a reasonable amount of time? We are getting to that. But first, let’s look at other factors which influence the time it can take to make professional sounding music.

These days, it is easy to set up a studio in your bedroom and proceed to record your songs. Innovations such as the DAW allow people to do the entire procedure of recording different instruments, along with vocals, and then mixing them on a computer. This level of convenience does not easily translate to music of professional quality, however. In fact, while it has become easier for anyone to make music, the quality has fallen off where in many instances where the type of equipment and the requisite skills were not up to par. That's why Billie Eilish and her brother, although making music at home, still rely on external help and top-class equipment to create their hits.

Using the best equipment does cost money but they can lessen the time needed to get the type of clear, polished sound you are looking for. A quality recording and mix can be influenced by the type of microphone being used for vocals, headphones, filters, and even the sound treatment of the room where the audio recording is taking place.

But it’s not just about spending money on expensive gear and having the best setup. You also need engineers who know what they are doing. The best gear can still produce poor results if the person doing the mixing and mastering don’t know much about sound monitoring, automating, EQ-ing, or any of the other elements of cleaning up sound. Let’s say you have the best equipment and production talent at your disposal, how much time will it take then?

Another thing affecting the amount of time it can take to make professional sounding music is booking studio time. If you are using a traditional physical studio, you will need to book a session in advance. Since studio time can be pretty expensive, most musicians will want to get in and out as quickly as possible. Recording a single song can take several hours, but that time won’t necessarily be taken up with the actual recording. A lot of it will involve setting up studio equipment, rehearsing, and discussing the actual arrangement of the project.

If you are using an online recording studio, you pretty much don’t have to worry about any of that. But in this case, you won’t have much say about what goes into the recording session. You probably won’t be able to determine the quality of musical talent that will be involved in recording your song…unless you are using Tunedly, of course. This brings us to the answer you have been waiting for.

So, how long does it take to make professional sounding music?

The answer is that it depends. It is definitely possible to go from song idea to song production in a matter of weeks. This has been demonstrated by artists such as Ariana Grande and the Beatles, who are both on record for recording entire albums over very short periods of time. But most artists don’t have the resources to book studio time in a physical studio and assemble a team to record and produce a song that quickly, much less an album. Moreover, after recording at a studio, you will still need to wait on engineering to put everything together and then mix and master the song, all of which can add weeks or even months to the process, even though the recording session may have been completed in a few hours.

In addition, the experience level and expertise of the musicians will have an effect on how long it can take to produce a song professionally. Skilled musicians and vocalists will have a better understanding as it relates to interpreting your sound and message. As such, their tracks will likely require less re-recording sessions, which will save time. When it comes on to mixing and mastering, the skill level of the audio technician will also have an effect on how quickly your song is polished.

Another thing to consider is how “done” you are with the song. Are you satisfied with how the song is structured and how it sounds? If you are still working on the song while recording, it may take a while before you feel satisfied with the outcome. That’s why many songs have remained in production for a year – or even longer – because the artist may have been dissatisfied with the results each time they tried to record it.

Finally, choosing an online recording studio may speed up the process of making music. However, this won’t necessarily lead to professional sounding music. To ensure you are getting the quality sound associated with a professional recording, you can trust your songs to Tunedly. Our roster includes some of the finest musicians around, some with massive credentials and track records to boot.

In addition, we allow you to have a say in the process and keep you updated with the progress. Realistically, you can have a professional sounding demo or full song done and dusted in as little as 4 – 6 weeks if you are using Tunedly.

That being said, it is difficult to tell how long it will take to make professional quality music, especially if you are going the traditional route or, worse, trying to use DIY methods. With Tunedly, however, you can look to have a spanking new song in your grasp in six weeks or less.